A 32-year-old man arrested over the death of his 9-year-old stepson has admitted to killing the child and hiding his body after becoming upset when the boy said the man was not his "real father," investigative sources said Friday.

Yusuke Shindo was sent to prosecutors a day after being arrested on suspicion of abandoning the body of Ryosuke Shindo. The child's body, bearing marks of strangulation, was found in a utility meter box opposite the family's apartment in the city of Saitama, near Tokyo, on Wednesday. 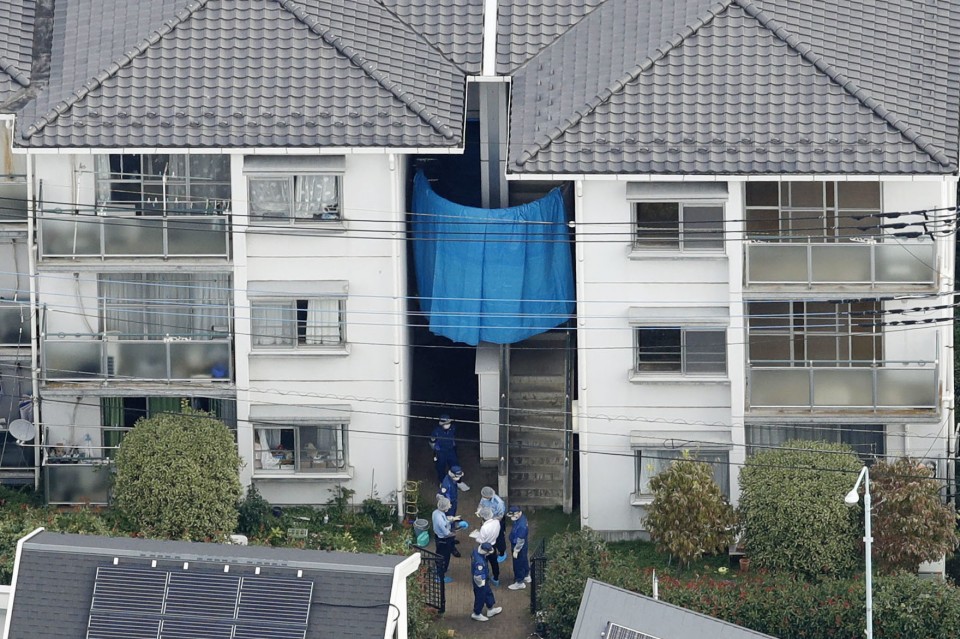 (Photo taken from a Kyodo News helicopter on Sept. 18, 2019, shows the apartment building in Saitama, near Tokyo, where the body of 9-year-old resident Ryosuke Shindo was found.)

The unemployed stepfather has told investigators he scolded the boy for losing a hat and the boy talked back to him, and he later hid the body so the boy's 42-year-old mother would not find out, the sources said.

Police also removed rope and cords, including for a mobile phone charger, from the family's apartment after a search of the apartment.

On Tuesday evening, the man told the mother, a teacher, that the child had gone to an English conversation school and the mother reported the boy missing after he did not return home at the expected time. The police determined the boy never showed up at the school.

The boy's backpack was also found in the utility meter box. The police suspect the man may have placed it there to give the impression that the child was attacked outside their home.

The man, who moved in with the mother in December last year before marrying her this March, had taken part in the search for the boy.

The apartment complex is a housing facility for teachers located about 4 kilometers east of JR Omiya Station.