As the Rugby World Cup got under way Friday, a pop-up venue for LGBT and other sexual-minority fans opened in Tokyo in an initiative organizers hope to build on for next year's Olympics and beyond.

The Pride House Tokyo 2019 in the capital's Harajuku district will open through Nov. 4 to disseminate positive information about lesbian, gay, bisexual and transgender people and other sexual minorities and serve as a safe space for them during the roughly six-week-long tournament.

Located in a community space for charities, it is the first venue dedicated to awareness of sexual minorities to be launched during a Rugby World Cup and also the first in Japan. It has a library of picture books for children on sexual minorities collected from around the world.

Organizers also plan to hold an event at which openly gay rugby referee Nigel Owens, a Welshman who is to officiate Friday's opening match between Japan and Russia, will give a talk. 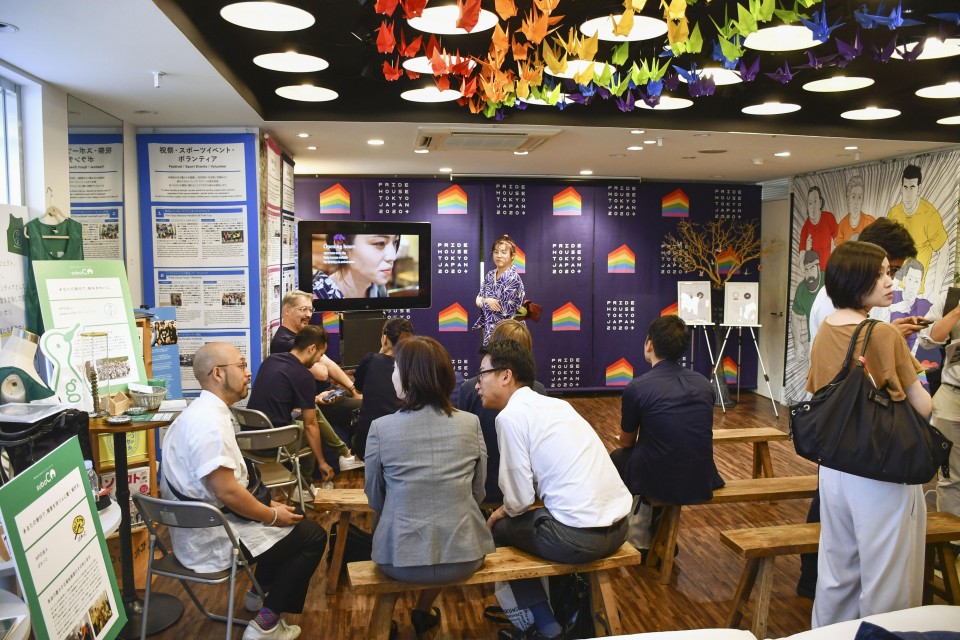 While the space is a first for rugby's showcase event, similar spaces have been established in host cities for Olympics and other international sporting events since 2010.

The Pride House Tokyo Consortium, comprised of individuals, corporations and nonprofit groups, aims to open a similar venue during the 2020 Tokyo Olympics and Paralympics.

After 2020, the consortium is planning to launch a permanent LGBT center as a legacy of the sporting events, focusing on offering support and consultation services particularly to younger members of sexual minorities in Japan.

Gon Matsunaka, 43, president of the consortium, said professional sports is one of the toughest arenas for sexual minorities to be open about their orientation, earning it the reputation of being the "final frontier."

Many LGBT sports people are not able to play with a sense of security, he added.

"I hope the cooperation with rugby will serve as an opportunity to change the world of sports," Matsunaka said at an event Thursday to unveil the facility to the press. 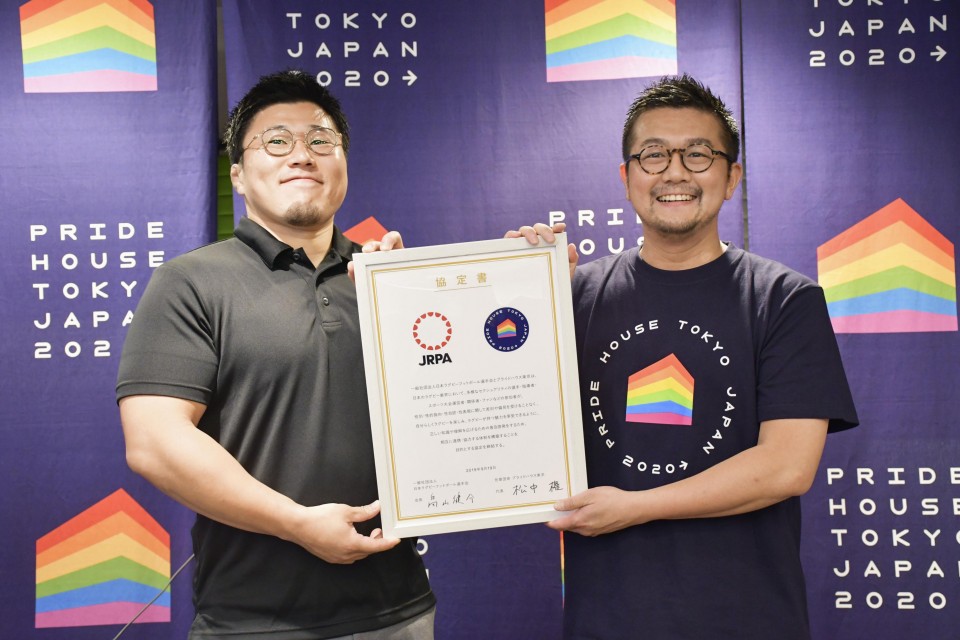 So far, Matsunaka has not heard any current professional rugby players identify themselves as gay, while some former players are openly so.

On the day before the opening, the consortium signed letters of agreement with the Japan Rugby Players Association as well as the Tokyo Marathon Foundation to cooperate in promoting a better understanding of sexual minorities and operating sports events friendly to LGBT people.

Shin Kawamura, 32, who is vice president of the rugby players' association and plays for NEC Green Rockets, admitted the world of sports is a difficult environment for athletes to talk publicly about the issues of gender and sexual minorities.

However, Kawamura, who is not gay, said, "It is really significant that as rugby players we are sending out our take on gender and other issues to Japanese society and the world."

He said rugby, which has some of the loosest requirements among team sports on foreign-born players in national teams, can serve as an example of diversity.

"I believe this sport can lead the movement in Japan to normalize such a way of thinking and the value of diversity," said Kawamura.