Japanese food favorites such as udon noodles and sushi are gaining a presence in India, where the country's distribution network and tradition-bound food culture present Japanese entrepreneurs with formidable challenges.

But with a growing economy and a population of some 1.3 billion, India's potential is such that Japanese restaurateurs are even planning to woo Indian diners with Japanese-style curry.

How far can Japanese cuisine make inroads into the South Asian country? Japanese business owners are game to find out.

Makoto Morikawa, 45, runs three udon shops in and around the capital, New Delhi, and plans on having 30 branches within the next several years.

"In the beginning, most of my customers were Japanese, but now up to half are Indian," said Morikawa, who opened the first Makoto Udon outlet in the New Delhi suburb of Gurgaon in December 2017. 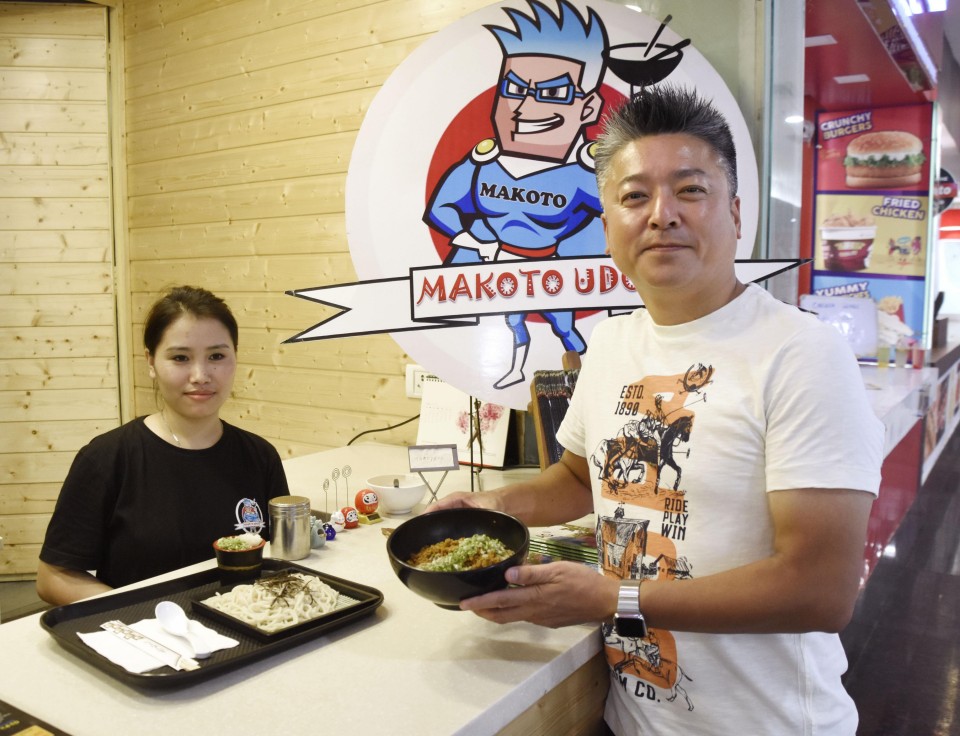 Morikawa manages a construction business in Hiroshima and would often visit India for work. That's when he came up with the idea for Morikawa Udon -- a place that would offer Japanese food in a laid-back atmosphere.

Morikawa uses Indian wheat to make the noodles, which are processed by a machine from Japan that suppresses the distinctive bitterness to which his Indian customers are unaccustomed.

While udon may have been unfamiliar to most Indians, young people who saw Morikawa's posts on Facebook started coming to the shop.

"It's the first time I've tried this but it's tasty," said Alay Patak, a 30-year-old office worker, who ordered "kake udon," the simplest form of the dish served in a warm broth. Priced at 150 rupees (around $2), the noodles are on the cheap side.

Aiming at higher income brackets is Sushi Junction, which has seen impressive growth.

The company has been making home deliveries of sushi -- including its signature "makizushi" roll -- and other dishes in the New Delhi metropolitan area since 2015. The minimum order is 2,500 rupees and more than 80 percent of the customers are Indian.

With New Delhi located far from the sea, fresh fish is viewed as a delicacy, but that hasn't stopped the popularity of Sushi Junction from growing. Said owner Tomonaga Tejima, 43, "Demand for Japanese cuisine is increasing year by year as it becomes more well-known." 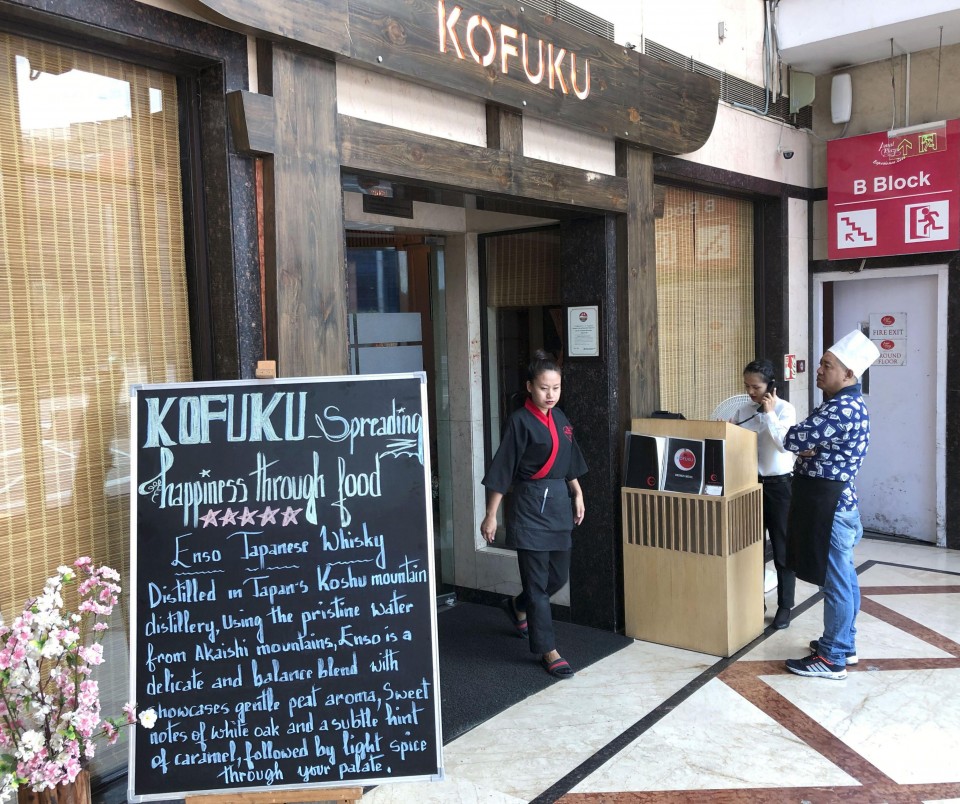 According to the Japan External Trade Organization, there are now around 100 restaurants in India that serve mainly Japanese cuisine, up from about 60 last year. "We assume this is because more Indian people are learning about Japanese food when they travel abroad," an official at JETRO's New Delhi office said.

Ichibanya Co., which operates Japanese curry shop Coco Ichibanya, made headlines when it announced in July it is planning to expand into India -- the world's curry mecca.

In a joint venture with trading house Mitsui & Co., Ichibanya aims to open its first branch in India in the beginning of next year and 30 stores, including franchises, in 10 years. "Japanese-style curry can be well-received even in the birthplace of curry. Business opportunities abound," said an Ichibanya official.

Yoshinoya Holdings Co., which manages the Yoshinoya chain famed for its "gyudon" beef bowl dishes, opened its first shop in India in Gurgaon last year. Instead of a focus on beef, the menu mainly features chicken in deference to India's Hindu majority who consider cows to be sacred.

It isn't easy, however, for Japanese food to make a lasting impression in a tradition-bound food culture that prefers dishes that contain a multitude of spices. Quality control is another headache because the transport infrastructure crucial for deliveries of frozen foods is still developing.

"India is a new frontier for Japanese food," a Japanese restaurant owner said. "The key to success is figuring out how to establish our brands." 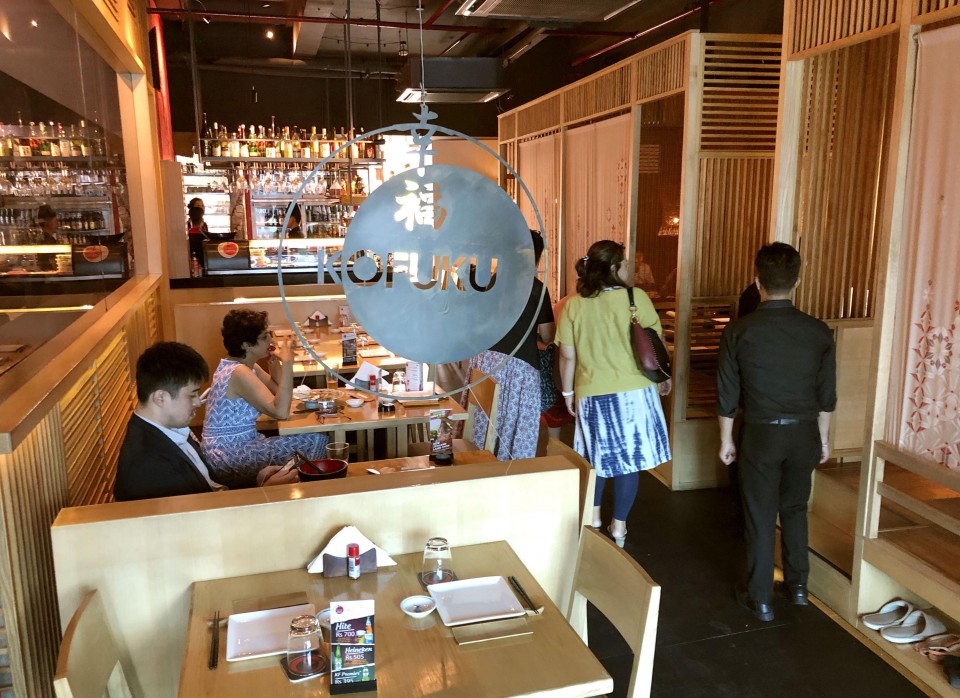