U.S. head coach Gary Gold said hosting the Rugby World Cup put Japanese rugby on the map, and hopes the United States will have the same opportunity in order to create a steady profile.

The former Kobe Kobelco Steelers coach made his return to the western Japan city in the United States Eagles' 45-7 loss to England on Thursday night. 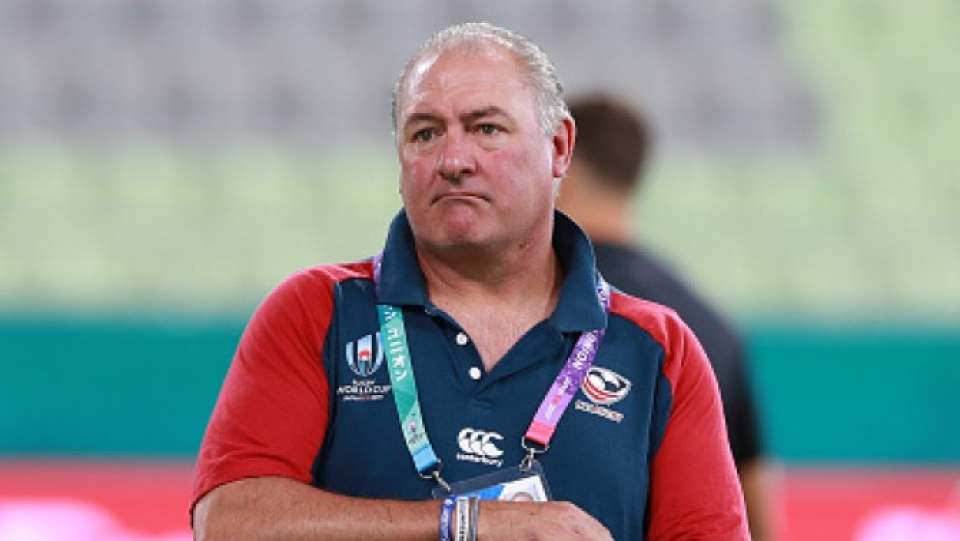 The South African took the job with the Steelers in 2014, and led the Top League side to a strong run. He left at the end of the season to coach the Sharks in Super Rugby, but has marked the improvement Japanese rugby has made in recent years.

He said the Steelers' success has raised the profile of rugby in western Japan. Impressive efforts by the Brave Blossoms at the 2015 World Cup, where they were led by current England coach Eddie Jones further raised the game.

And hosting the tournament, he said, will speed up the efforts.

"I think, obviously the game four years ago against South Africa put Japanese rugby even more so on the map. I think the work Eddie has done in Japan has put rugby on the map," Gold said.

"I think the Rugby World Cup is just going to accelerate that even further. I think you can probably see Japan rugby being the supposedly a Tier-2 team who are going to improve greatest and the quickest at the next rate," he said.

The United States, currently ranked 13th, are what he says in an "underdog status." Gold, however, sees that hosting the tournament will be a "tremendous success" if it is a possibility, as it will further speed up the growth of the team and popularity.

"Instead of thinking about that we've got to improve our game enough in order to deserve to host a Rugby World Cup, I actually see it as the other way around," he said. "If the USA were able to host the Rugby World Cup in 2027 or 2031, I think that would give a lift to the game. There's certainly enough interest."

There is already a precedent for Gold's vision, although in soccer, where the United States hosted the FIFA World Cup in 1994, two years before its pro league, Major League Soccer, began playing.

Gold says the Brave Blossoms' victory over South Africa has changed the mindset of Tier-2 teams, including the Eagles, and sees teams have come a long way.

"It certainly has changed the mindset. Japan against South Africa and Tonga against France is one that comes to mind. Those aren't frequent occurrences but they're certainly happening more regularly," he said.

"Albeit the fact that the gap is still quite wide, I think it is slowly but surely closing."