Rugby: All Blacks hold off Springboks in physical battle

New Zealand reminded everyone just why they are the two-time defending and three-time overall Rugby World Cup champions Saturday as they beat South Africa 23-13 in Yokohama.

In a game that, miracles and typhoons aside, should ensure Steve Hansen's men top Pool B, the All Blacks once again showed they are not only the kings of the momentum shift but that they know how to defend when the game is on the line. 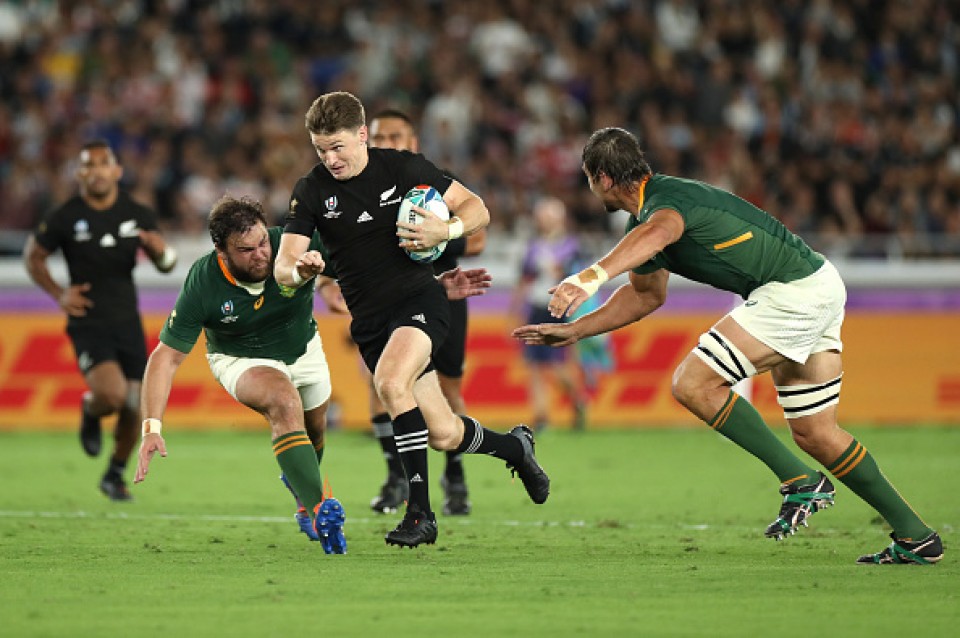 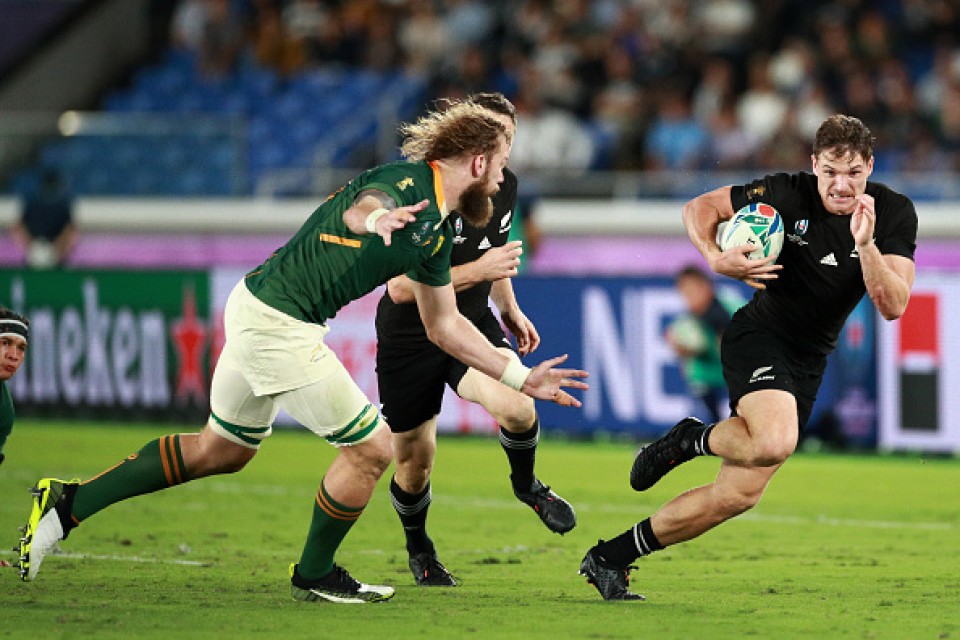 Two first-half breakaway tries allowed them to overcome a shaky start and exert their authority on the game, before their defense held firm in the face of a strong Springbok comeback.

George Bridge and Scott Barrett crossed the chalk in the first stanza and Richie Mo'unga and man-of-the-match Beauden Barrett steadied the ship with penalties in the second half, though the compelling physical game underlined the fact that South Africa can never be written off.

"It was a full 80 minutes right to the end there that we had to work. And it's fortunate sometimes that it just happens in those couple of moments and we managed to take them and that's probably the only difference in the game," said All Blacks captain Kieran Read.

"They deserved to win. They scored two tries to one," said South Africa coach Rassie Erasmus.

"We fought our way back but we just couldn't convert (our chances) inside their 22(-meter line). And if you concede 10 penalties against them, they will kick you all over the place." 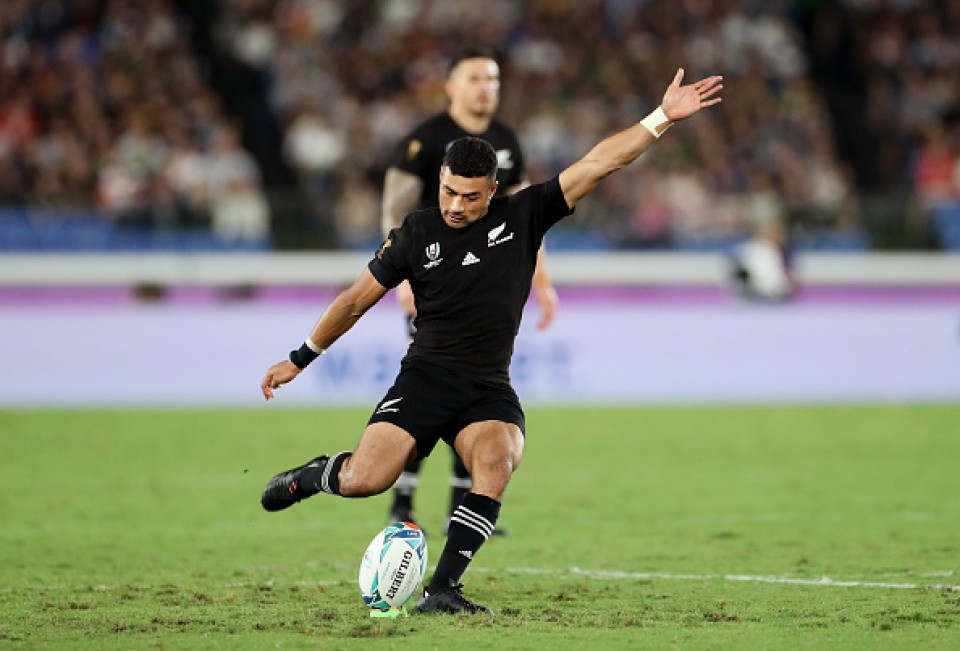 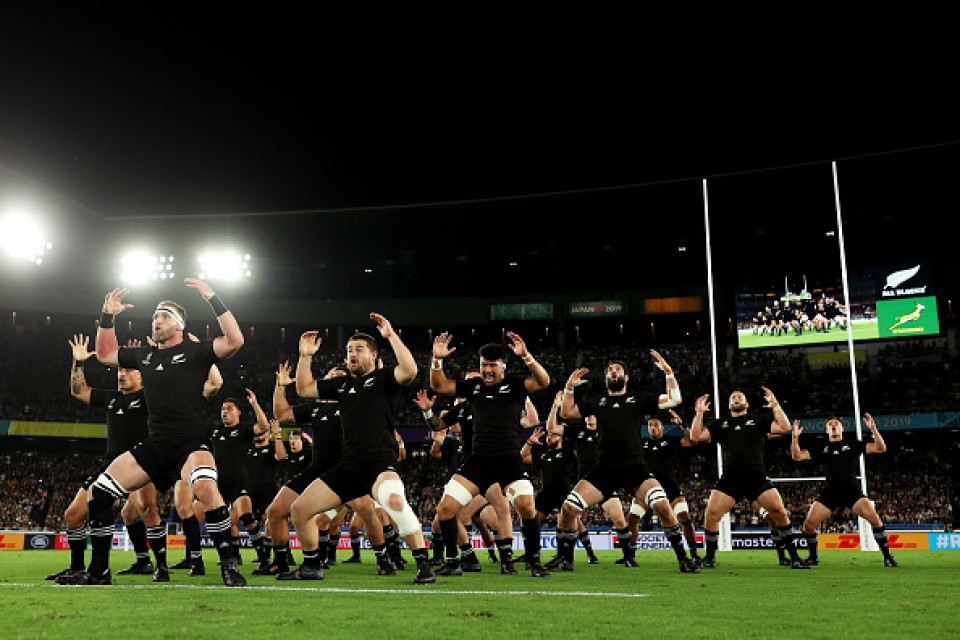 (New Zealand players perform the Haka prior to the game.)[Getty/Kyodo]

In front of a 63,649-strong crowd at International Stadium Yokohama (Nissan Stadium), it was the Springboks who got out of the blocks quickest with Handre Pollard banging over a penalty in the first minute.

But the flyhalf's failure to add a second from close range in the 19th minute was the spark the men in black needed to up the tempo and negate the power of the Springbok pack.

Bridge's try followed good runs by Sevu Reece and Beauden Barrett, while Scott Barrett's try came on the back of a tremendous break from Anton Lienert-Brown.

With Mo'unga adding the extras to both tries, the teams turned around with New Zealand leading 17-3.

The defense stats told the tale of the half with the All Blacks missing just six tackles and the Springboks 23 to ensure the Springboks' advantage in both territory and possession was not represented on the scoreboard.

South Africa needed a spark of their own to get back in the game, and they got it from Cheslin Kolbe shortly after play resumed.

The diminutive wing's scintillating run may have been stopped just short of the line but it led to the field position from which eventually Pieter-Steph du Toit eventually crossed.

With just seven points separating the teams, it was suddenly game on, and a Pollard drop goal in the 59th minute closed the gap even further.

"They're never out of it," said All Blacks coach Steve Hansen. "They're always a team that will come back. They don't die, they stay in the fight."

But a second penalty from Mo'unga and one from Beauden Barrett nine minutes from time sealed the deal for New Zealand.

"It was a big game for both sides and fortunately for us we came out on top," said Hansen. "It was another titanic struggle. Hopefully the people watching enjoyed it and got excited by it." 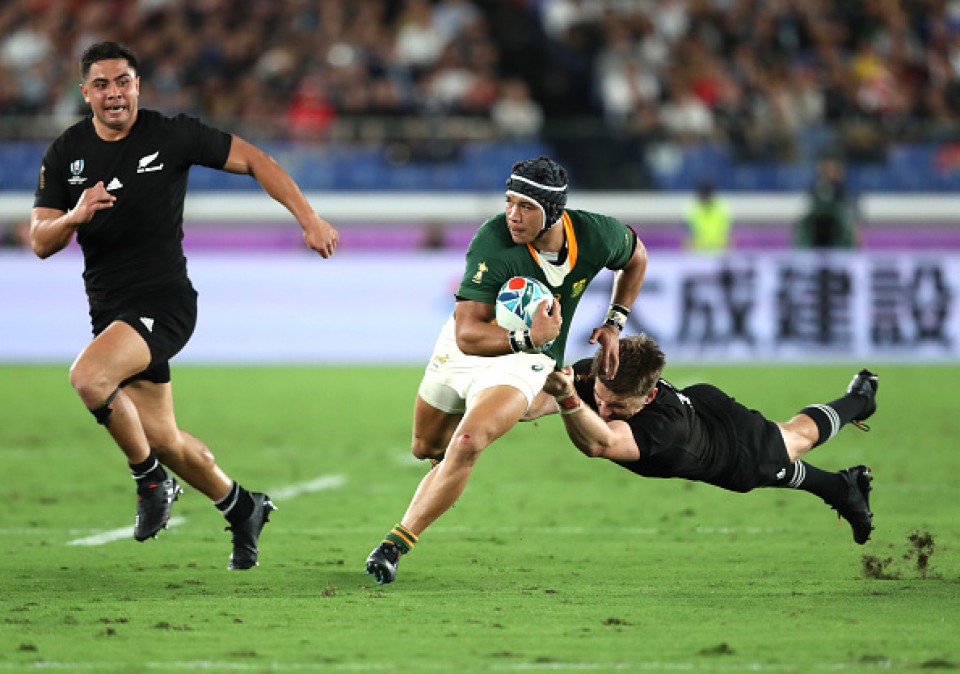