Foreign tourists in a popular sightseeing spot in Kyoto are being reminded of etiquette via their smartphones in a pilot project that began Monday, after local residents complained of their behavior, such as taking pictures of geisha and their apprentice maiko without permission.

The test took place around the "Hanamikoji" street in Kyoto's Gion district, where teahouses and other historic buildings are clustered. Visitors who have installed a tourist information app or carry mobile devices rented out by hotels and inns automatically received information about local manners in English and Chinese. 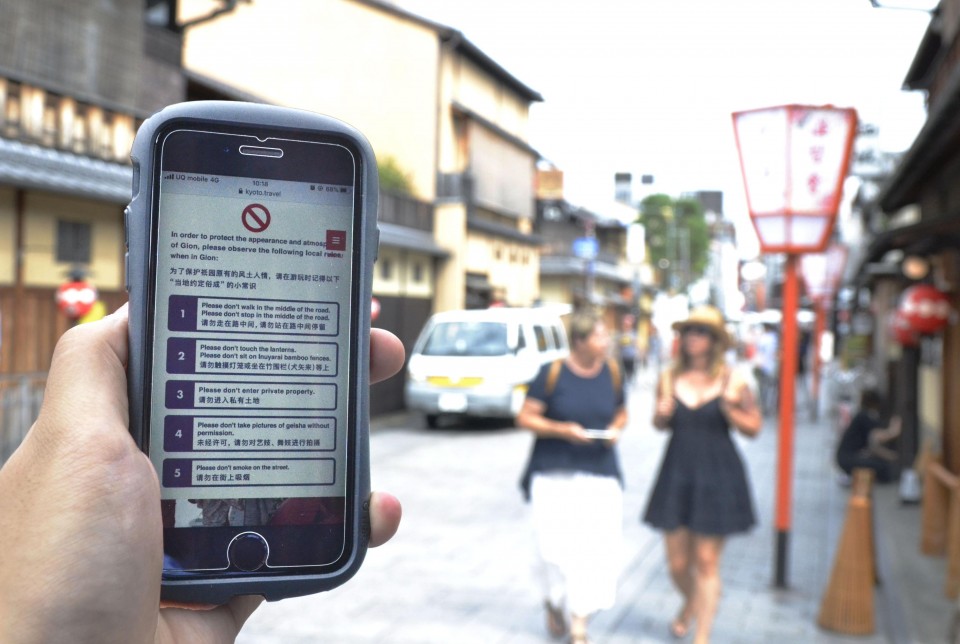 Tourists were also requested not to enter private properties when they approached the designated district.

The project, which will run through Dec. 8, was launched by the Land, Infrastructure, Transport and Tourism Ministry in cooperation with the Kyoto city government after local residents urged the municipality in March to remind tourists of good manners.

The ministry and the city will evaluate the effects of the project in improving the manners of tourists through images from cameras installed on the streets and a survey targeting local residents. 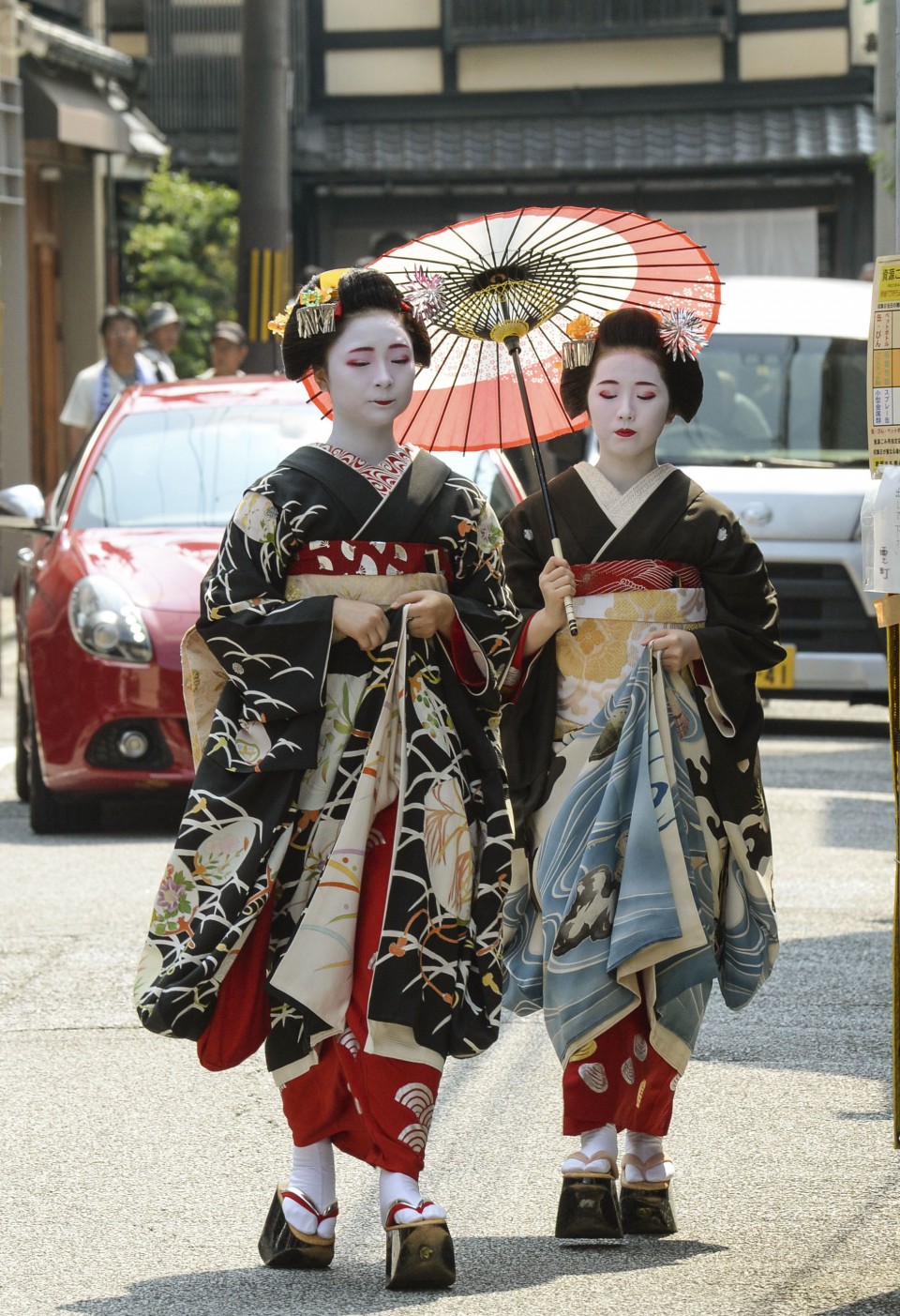 In a questionnaire survey on tourists' behavior that covered a group of local residents, bars and restaurants in August and September last year, members reported seeing visitors "sit and lie on the streets to take pictures" and "foreigners chasing maiko with cameras in their hands entering a store."

Unauthorized entry to their homes as well as property damage was also cited by residents in the survey. Such disturbing acts by an increasing number of visitors have been frequently observed since around five years ago, according to the group.

While the project is under way, personnel who can speak foreign languages will patrol the area and remind tourists of etiquette if they see disrespectful behavior. Posters are also being put up to raise awareness.

"We'd like to study what steps are effective in dealing with problems stemming from differences in customs," a Kyoto city government official said. 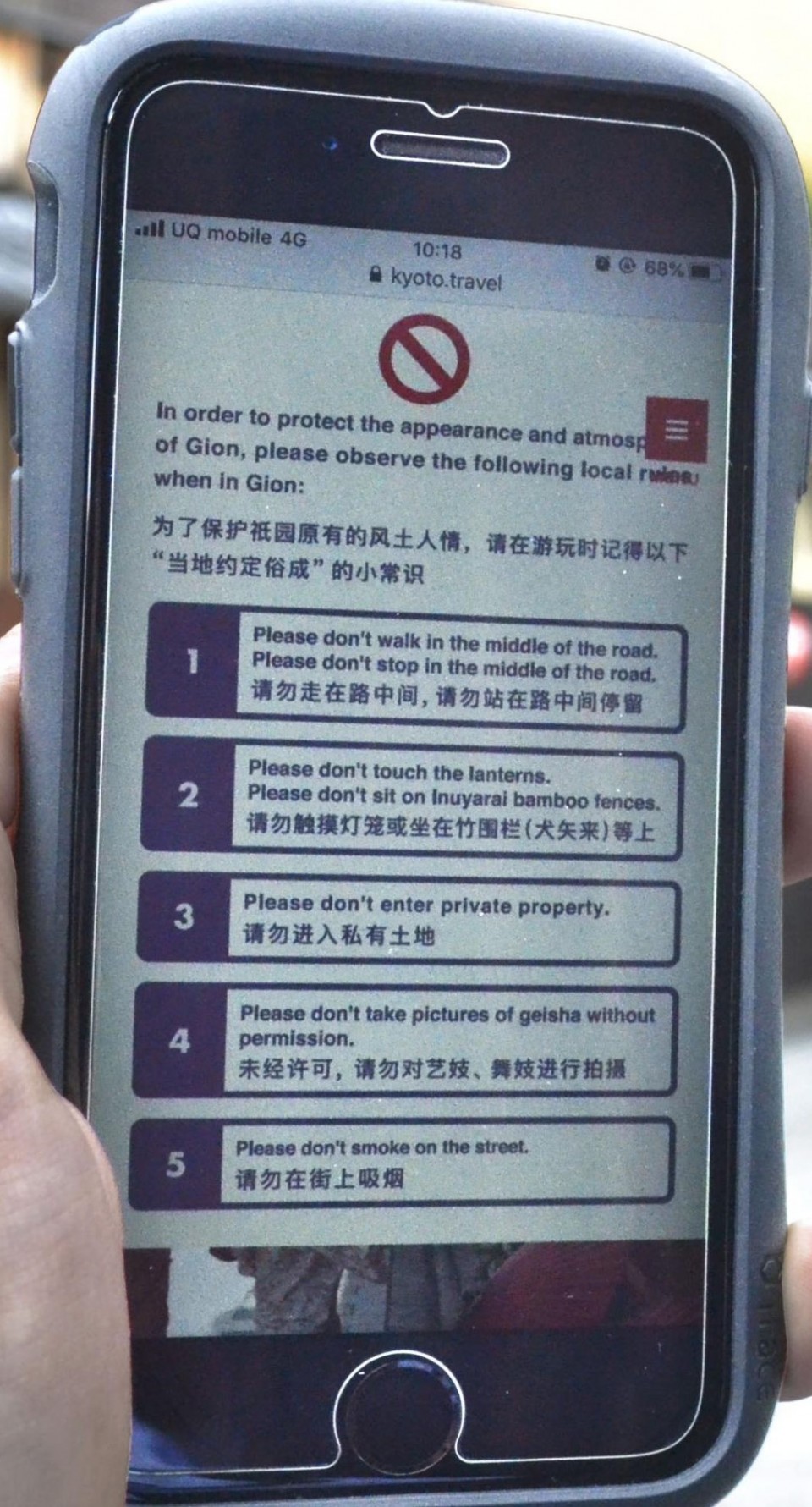