Typhoon Tapah downgraded after leaving over 50 injured in Japan

Typhoon Tapah, which left dozens of people injured in southern and southwestern Japan, weakened to an extratropical cyclone Monday in the Sea of Japan, the Japan Meteorological Agency said.

The season's 17th typhoon, which traveled over the sea through Monday morning, has left more than 50 people injured in the Okinawa and Kyushu regions as it brought strong winds over the weekend, according to the Fire and Disaster Management Agency.

Kyushu Electric Power Co. said blackouts affected prefectures on the island of Kyushu, with over 30,000 homes without power at one point.

The weather agency said warm, humid air is moving in over western and eastern Japan and may bring heavy rain to some areas. 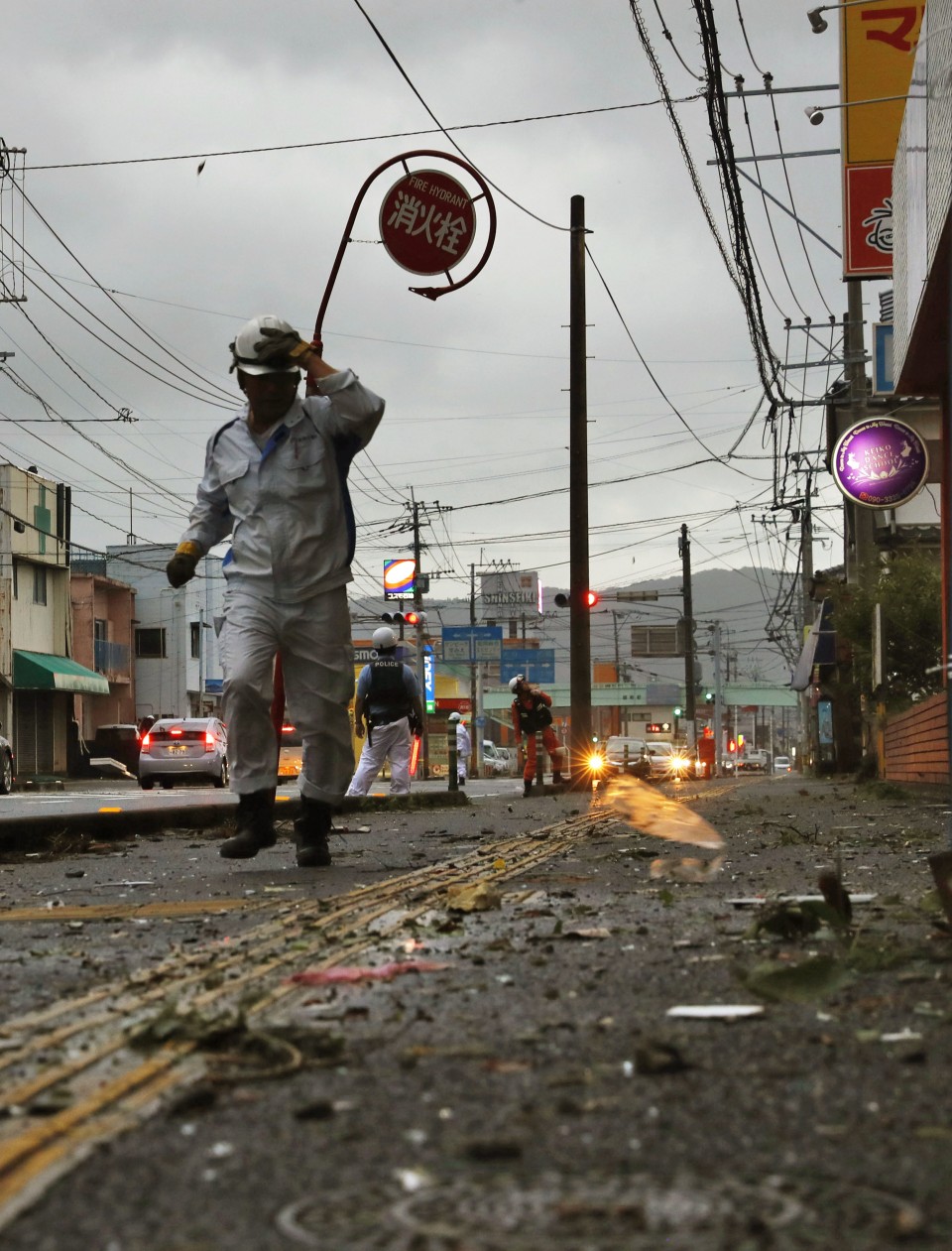