The hunting season for dolphins using a controversial "drive-hunting" method began Sunday in the whaling town of Taiji in western Japan, without any major protest from animal-rights groups.

While local police officers were on high alert for anti-whaling campaigns, 12 boats left the town's port around 5 a.m., but all returned without any catch, according to a fisheries cooperative official.

The hunting method, in which fishermen herd dolphins and small whales into a cove before sealing the area with a net, has drawn fierce criticism from animal-rights groups at home and abroad.

Japan had long sought to lift the moratorium and finally left the IWC on June 30 after the organization last year voted down its proposal to resume commercial whaling of species considered abundant, such as minke whales. 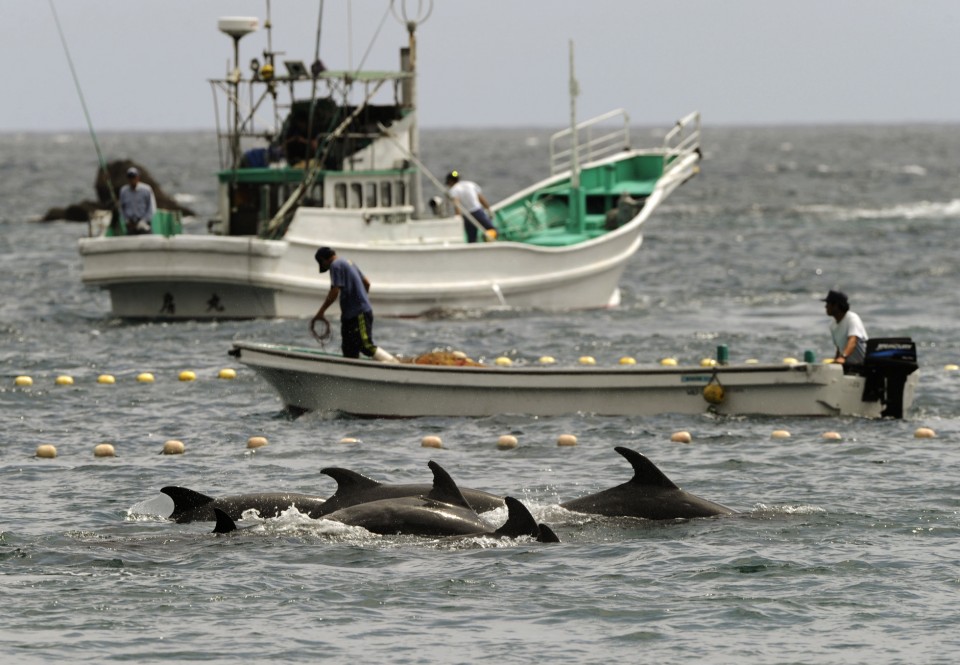 Hunting dolphins and other small cetaceans in waters near Taiji was not subject to controls by the IWC, although critics have said the technique is cruel and it has become the subject of an Oscar-winning documentary.

Ahead of the hunting season's start, local authorities were anxious that there could be obstruction from international anti-whaling activists, but only about 10 members of a Japanese animal-rights group gathered at the port on Sunday.

The hunting season continues for about six months. An ad hoc police box has been set up near the port and, together with police officers, personnel from the Japan Coast Guard will be deployed around the area.

"Thanks to the security, we can do (hunting) with ease," said Teruto Seko, head of the fisheries cooperative.