Home to Tokyo Stadium, the city of Chofu in Tokyo’s western suburbs is no stranger to hosting events of significant scale, sporting or otherwise, but with the Rugby World Cup 2019 and associated Fanzone, the city is this time rising to the challenge of welcoming a global army of fans.

During the Rugby World Cup opening match between Japan and Russia on Friday September 20, the Fanzone in Chofu saw over 11,000 rugby enthusiasts gather in the city’s station-front square.

With the host nation in action it was no surprise that most of these fans were Japanese, however the number of viewers at the Fanzone surpassed the city’s expectations.

"I really feel like a new page has been written in the history of Chofu.  We haven’t seen such a large event like this before," said Tatsuya Kobayashi, of the city’s Public Affairs and Sports Department on the following Saturday.

"Over at (Tokyo) stadium we have the experience of 40,000 to 50,000 people coming to watch soccer matches and attend other events but until now there’s not really been any occasion when fans have gathered in the square in front of the station here." 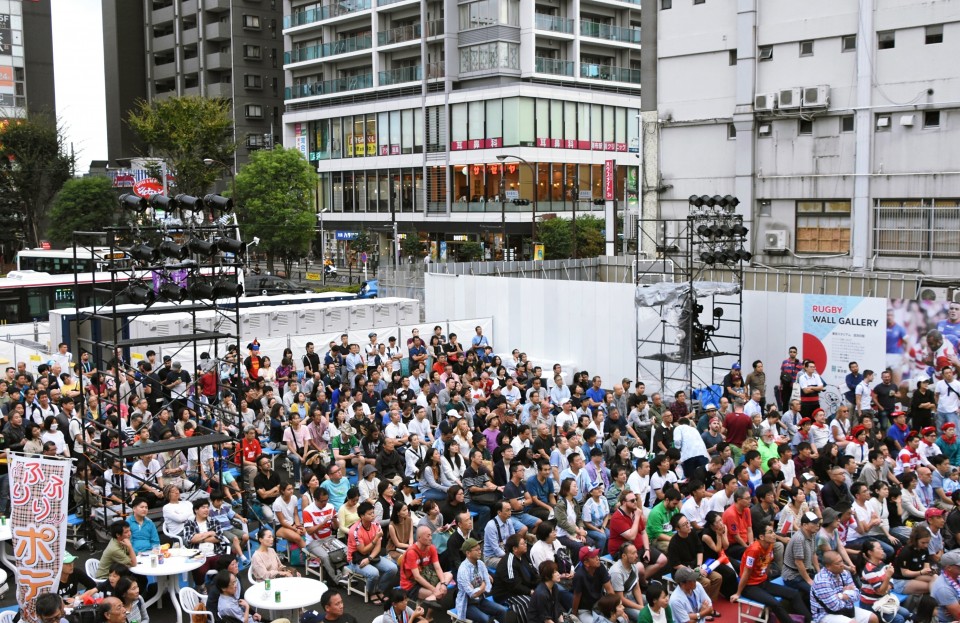 (Rugby World Cup Fanzone in the city of Chofu, Tokyo)

With France and Argentina, who battled it out at Tokyo Stadium, anchoring the second day of Rugby World Cup matches -- which featured teams from four different continents -- broadcast at the Fanzone in Chofu, the city and its residents had their eyes opened to the larger international sporting world.

"I can really feel a global atmosphere.  Seeing the fans in their respective jerseys, making their way from here to the stadium," said Kobayashi.

"And for the children, seeing all these overseas fans arriving in Chofu, I think it’s the perfect opportunity for them to open their eyes to the wider world."

The presence of international fans heading to Chofu could be felt in the nearby transport hub of Shinjuku where a long line of French and Argentinian fans waiting to purchase train tickets for the 15-minute express train journey to Chofu could be seen in the hours prior to kick-off.

The same fans were welcomed by a Rugby World Cup Fanzone in Chofu that, as well as introducing aspects of local tradition and culture, also offered fans a taste of home.

On Saturday, a food truck, organized by the Embassy of France together with the French Ministry of Agriculture and Food, at the Fanzone’s Culture & Exchange Area appeared to be doing a brisk trade in wine, cheese, and charcuterie.

"Customers have told us that it tastes no different to what they are used to back home," said Sato Hideyoshi, one of the team of sommelier staffing the truck. 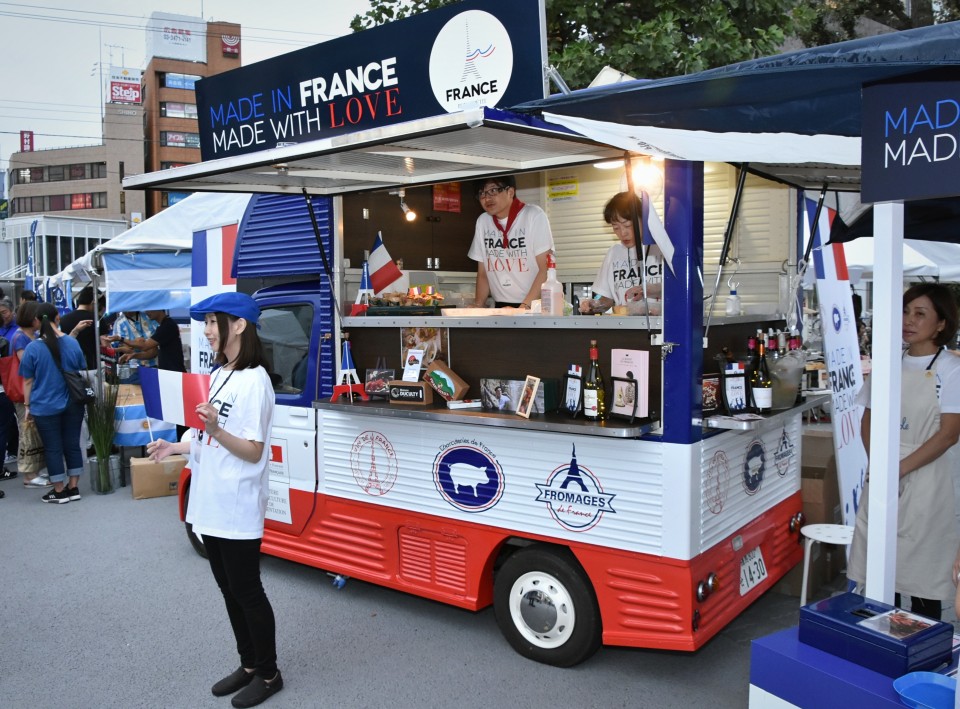 In contrast, over at the Fanzone’s official merchandise stall it was the rugby jerseys of Argentina that were doing a faster trade, according to members of staff there.

Together with special city-run events to coincide with the Fanzone in Chofu there’s plenty for rugby fans (and any accompanying friends and family) to engage with pre-match, post-match, or even during the action itself.

These include an activity area where visitors can learn from the game’s professionals some of the techniques and skills used during matches and a stage program that includes appearances from former Japanese national team players as well as musicians and comedy acts.

The rugby Fanzone in Chofu even boasts a hot-spring foot bath the waters of which are shipped in from a different onsen each day of opening.  While the foot bath was proving to be popular with Japanese fans at the time of visiting, it appeared to be something of a hurdle for overseas visitors.

Still, the experience of what works for some and not so much for others could prove to be of great value to a city that, after the Rugby World Cup, will be turning its focus towards welcoming more international sports fans as a host city for the 2020 Tokyo Olympics and Paralympics -- Chofu City is the only municipality in Japan (at a city, town and village level) to host matches and competitions across all three sporting events.

"I think the most important thing is to welcome visitors from overseas with 'omotenashi' and a warm heart, and it’s the volunteers who lead the way with this," said Kobayashi giving a nod to the around 40 to 50 volunteers that are on hand each day to assist visitors to the Fanzone in Chofu.

"These volunteers have already started their activities (at the Rugby World Cup) and can take this experience with them to the Olympics and Paralympics.  It’s the same for residents of the city, too. They can understand more about how to welcome visitors in terms of what works and what doesn’t."

The Rugby World Cup Fanzone in Chofu will be open for a total of 18 days during the tournament.

For more details about what’s going on in the city of Chofu during the Rugby World Cup 2019 visit: Guide to Chofu, Tokyo