Tens of thousands of people gathered for a rally in central Hong Kong on Saturday to mark the anniversary of the 2014 Umbrella Movement that called for democratic change in the former British colony.

As the rally unfolded at a park near the Hong Kong government headquarters in Admiralty, some people occupied a thoroughfare nearby and threw petrol bombs at the government complex.

Rally participants renewed their resolve to achieve the goal the 79-day pro-democracy occupation of parts of Hong Kong failed to attain -- realizing a fully democratic election of the territory's leader and the legislature.

The rally was held as protests, which have dragged on for several months, in Hong Kong showed no sign of stopping despite government leader Carrie Lam's decision earlier this month to scrap a controversial extradition bill that sparked them. 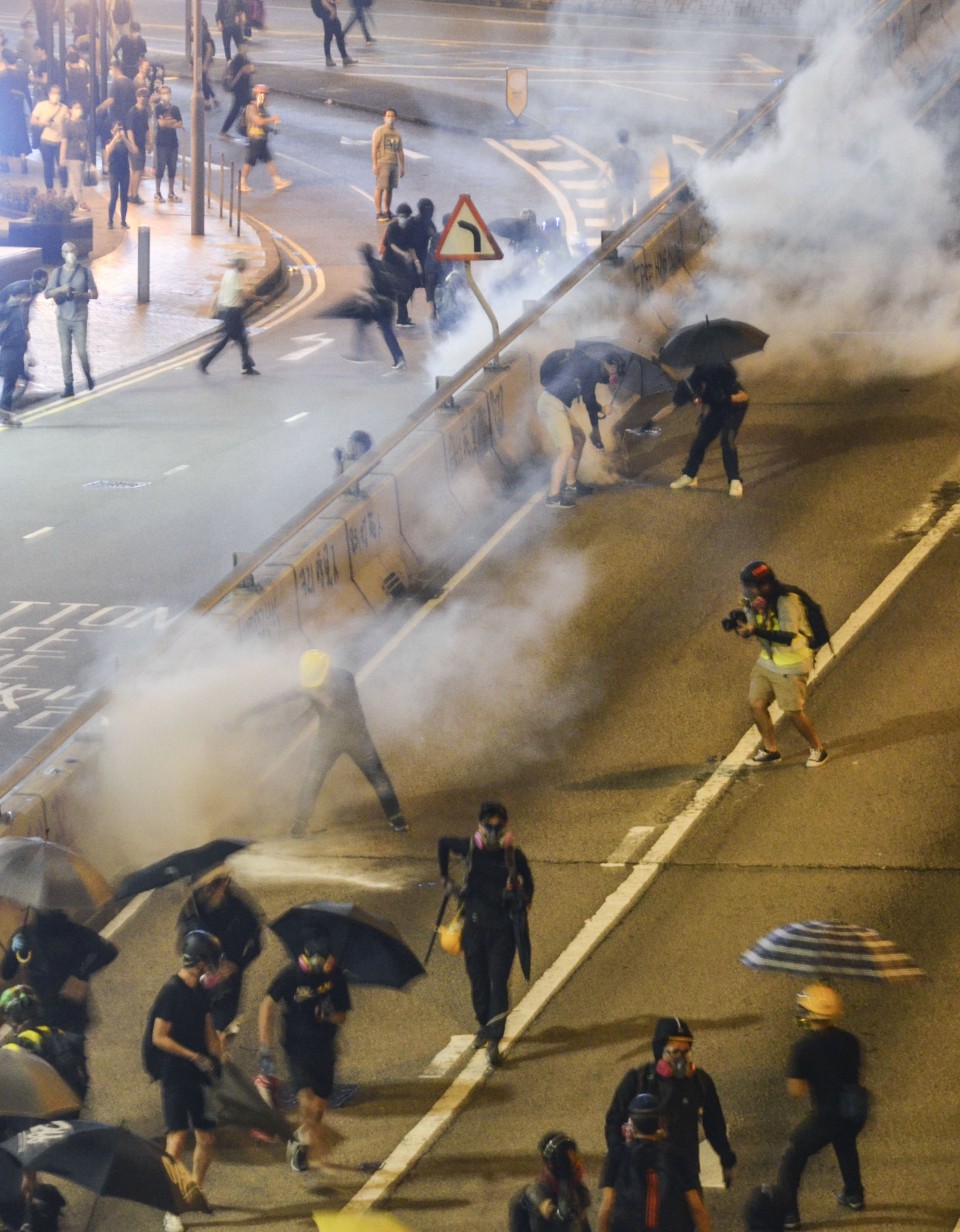 The anti-bill protests, which got into full swing in June and are now in their 17th week, have lasted far longer than the Umbrella Movement.

Protesters' demands have grown to include the democratic election known as "universal suffrage," and an independent inquiry into alleged police violence against protesters.

Also, Saturday, 22-year-old Joshua Wong, one of the youth leaders of the Umbrella Movement, announced plans to run in a district council election in November.

But given the Chinese government has viewed him as a "Hong Kong separatist," he could well be disqualified.

The Umbrella Movement, also known as the Occupy Central protests, began on Sept. 28, 2014, when police used tear gas to disperse protesters, who ended up occupying major thoroughfares across the territory for 79 days to call for the full democracy that Beijing had promised.