The eatery in front of JR Nagasaki Station, which recently shut down, was popular among tourists and workers for its dishes such as a 500 yen ($4.70) seafood "domburi" or rice bowl. 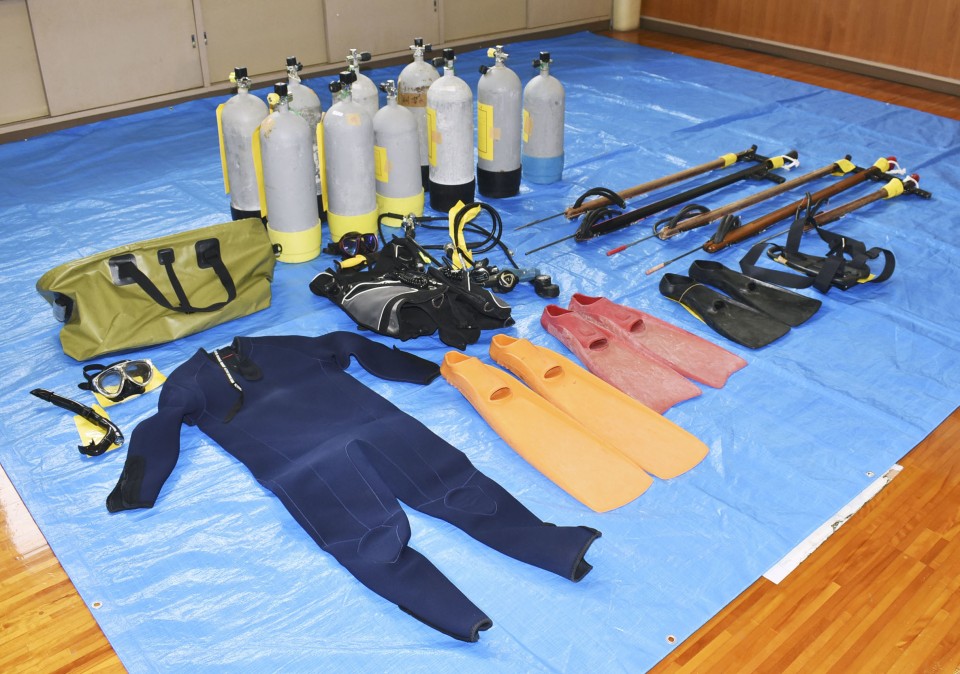 It was run by a relative of a senior figure in the crime group and its annual sales reached 30 million yen, they added.

The crime boss and other members of the syndicate have been indicted for poaching in waters off Nagasaki from around 2016. Investigators later discovered they had supplied fish such as red sea bream to the restaurant.

The gang borrowed scuba diving gear in Nagasaki and assigned roles among members, with some designated to do the fishing and others to drive the boats or serve as lookouts, according to the police.

Investigators found about 200 kilograms of vacuum-packed frozen fish fillets that were bound for the restaurant during a raid at a visitor center in the city's downtown adult entertainment district. The center was under the control of the yakuza group's boss, the police said.

"I went to the restaurant a few times because it was cheap, but I never imagined an organized crime group was involved," a businessman in his 20s said.

As a 1992 law targeting organized crime has cracked down on many illegal funding sources for gangsters, "poaching may have been the group's new financing source after regulations were tightened," the police said.