Some local municipalities in the typhoon-hit areas of Chiba Prefecture started recruiting volunteers on Saturday, as more than 100,000 households remain without electricity nearly a week after the storm hit.

Many of the municipalities are asking only local residents for help to repair homes and remove rubbles, as Japan began a three-day weekend, according to volunteer organizations.

"We haven't fully grasped what kind of help is needed, as we still have limited means of communication" due to the ongoing power outage, an official of the city of Yachimata said.

Once requests for volunteers start to increase and the needs become more evident, the city will consider calling for assistance from people outside the area, the official said. 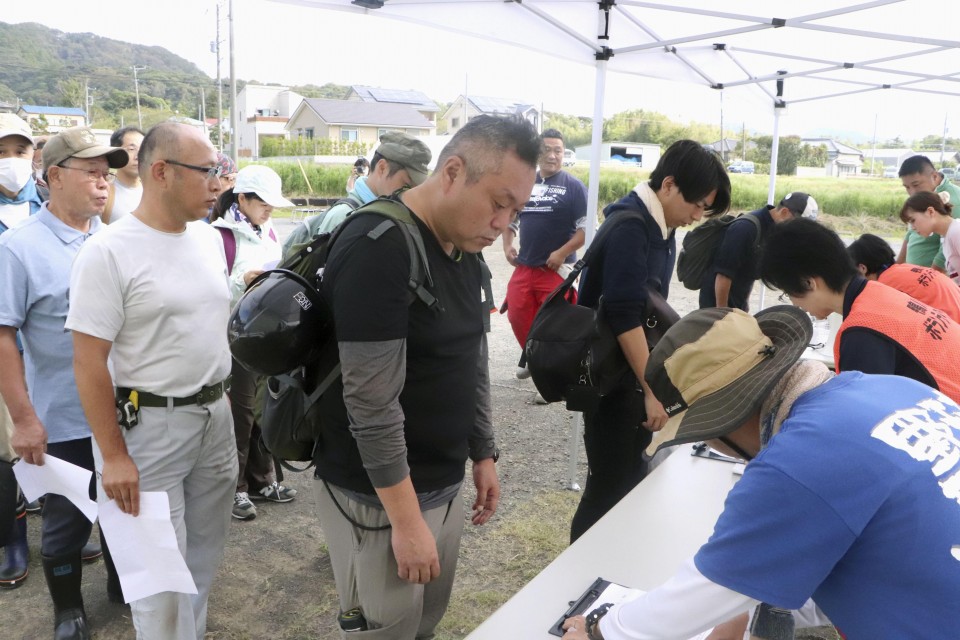 (Local residents in the typhoon-hit areas line up to apply to work as volunteers.)

The town of Yokoshibahikari is looking for people who can help repair the roofs of damaged houses, as it is expected to rain in parts of the prefecture, east of Tokyo, on Sunday.

About 150,000 households remain without electricity after the power outage caused by Typhoon Faxai, down from the peak of 935,000.

Still, it is expected to take another two weeks or so to restore power to all the affected areas, TEPCO Power Grid Inc. said Friday.

"I have no words," an 81-year-old woman in Minamiboso said. She came to the city office to charge her mobile phone as power failure continues at her home.

BREAKING NEWS: TikTok, WeChat users outside U.S. not to be affected by U.S.