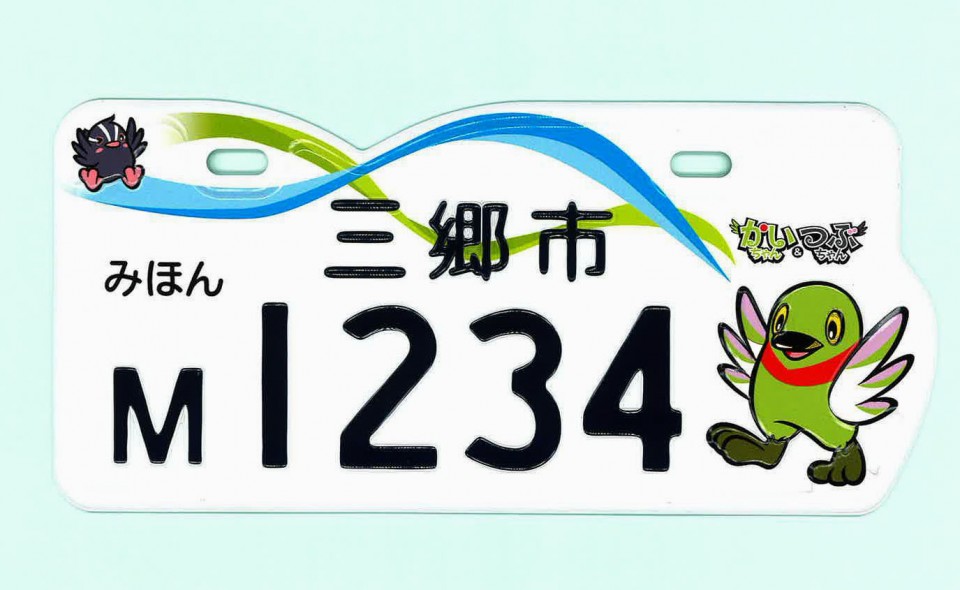 SAITAMA, Japan - License plates for scooters featuring characters adopted as municipal symbols have been targeted by thieves in eastern Japan, with some 350 cases reported this year in Saitama and Chiba prefectures near Tokyo.

Investigators suspect the plates may have been sold to collectors overseas. A couple arrested in August on suspicion of stealing one license plate is suspected of involvement in a number of other cases as well.

In Misato, Saitama Prefecture, 80 license plates with designs featuring a character based on the grebe, a bird the city has adopted as its symbol, were reissued between January and July this year after they had been stolen. A city government official said the plates, issued since 2012, may have been targeted because the bird character has proved a hit.

Saitama police received 295 reports of license plates being stolen from January to July this year. Nearly 80 percent were illustrated with local designs.

Illustrated plates issued by 19 other Saitama municipalities as well as Tokyo's Adachi Ward and the city of Hamamatsu in Shizuoka Prefecture have also been stolen, they said.

In August, the police arrested Yuito Nitta, 21, and Miho Tokunaga, 22, on suspicion of stealing a license plate from Kazo in Saitama which is in the shape of a carp streamer.

The two were later indicted on a charge of theft, but both have denied the allegation and the police have yet to find the stolen plate.

In Chiba Prefecture, around 120 license plates featuring Katsuura city's bonito character were stolen in July. Many university students park their scooters at local apartment buildings when they commute to a campus situated on a hill and their plates were targeted at night, investigators said. 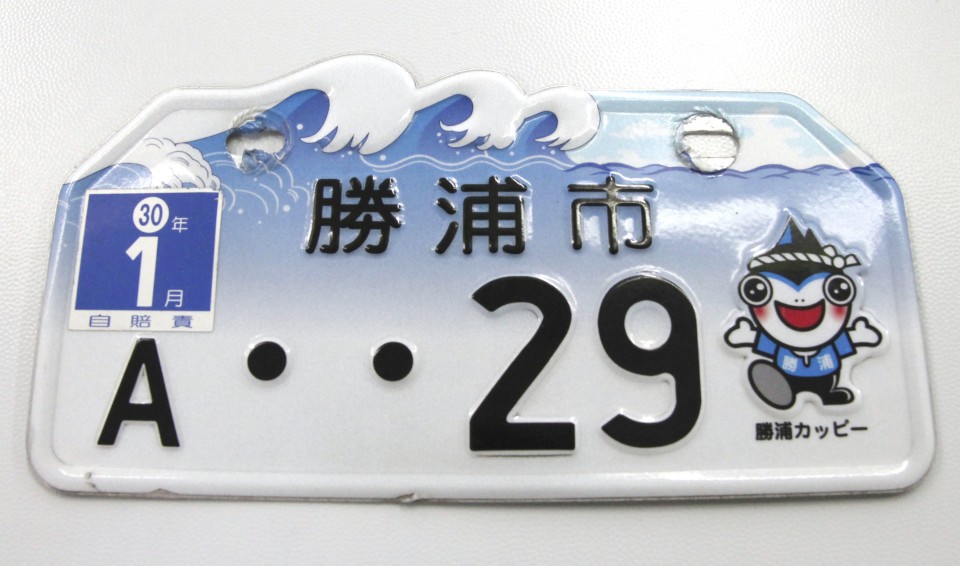 Footage from security cameras near the parking lots showed two people who looked like Nitta and Tokunaga. The couple emerged as suspects in the investigations of the Chiba police as well.

One investigative source said police believe the couple sold the plates via the internet through a broker as they are not collectors themselves.

The police advised putting anti-theft screws to prevent the plates from being stolen, as scooters' screws can be easily removed by ordinary drivers without such a measure.

As of last month, about 580 municipalities in Japan had introduced scooter license plates with local designs, according to a survey by the Japan Economic Research Institute.