Due to concerns over extreme heat during next summer's Tokyo Olympics, local organizers on Friday tested whether artificial snow could be used to cool spectators at outdoor venues.

At a canoe sprint test event at Sea Forest Waterway on Tokyo Bay, a snow-making truck employed in shooting movies and commercials was used, dispersing artificial snow over about 160 members of the Olympic organizing committee staff in an uncovered seating section.

The deadly heat in the capital has been a major headache for the organizers, as temperature regularly tops 30 C in July and August when the games will take place. 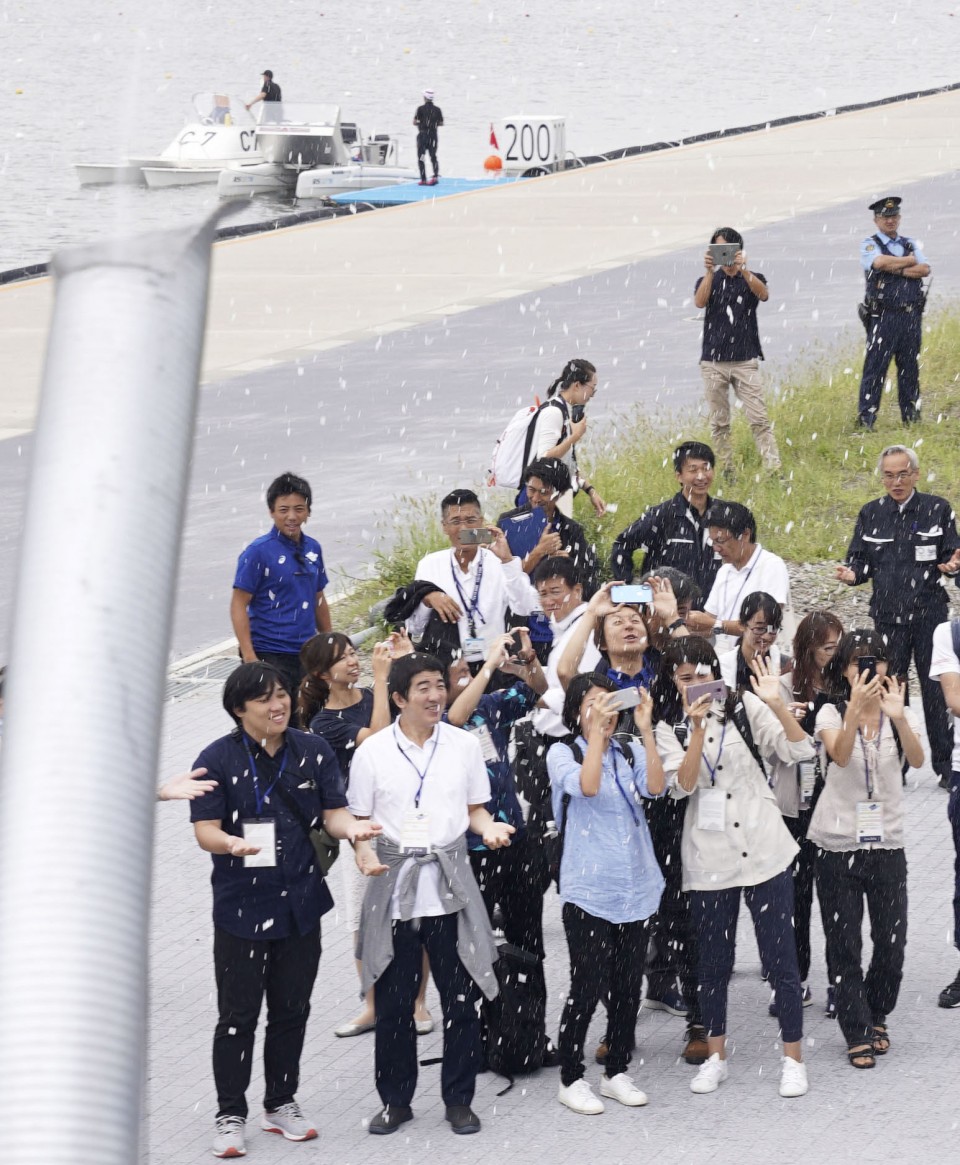 The test was divided into two parts with the first snow fall taking place after 10 a.m., organizers said. On an overcast 25 C day, test subjects said they could feel the cooling although the snow fell in large clumps, was easily affected by the wind and melting snow posed a potential slipping hazard.

Organizers, who said it was the first time snow was ever tried as a heat countermeasure at a sporting event in Japan, will now evaluate the possibility of using artificial snow during the games next summer.

"This isn't something that can cool the whole area," said an official working to solve heat-related issues.

"If it is a hot day, people will feel cooler, and we thought that using it might allow spectators to enjoy the event more."

On Aug. 11, three competitors in a rowing test event at the same facility were taken to a medical station after showing some symptoms of heat stroke.