Foreign affairs experts say that international economic sanctions against North Korea seem to be not having their intended effects, and may work as a disincentive for the country as the United States seeks to restart much-delayed denuclearization talks with it.

The experts point to North Korea's continuing trade with China, Russia and other friendly nations as well as its efforts to bolster domestic production at the behest of leader Kim Jong Un, who has promoted self-reliance to prop up the country's economy.

While North Korea has recently renewed its push for bilateral working-level talks, there are also signs that it may be approaching them cautiously to see what U.S. President Donald Trump may propose before he gears up for re-election next year.

A group of Kyodo News reporters visited Pyongyang earlier this month as the denuclearization talks remained at an impasse even though Trump and Kim had agreed to resume working-level talks "within weeks" at their impromptu meeting in late June.

In the capital, business activities appeared to be continuing largely unaffected by the years-long strict economic sanctions imposed by the U.N. Security Council over the nation's nuclear and missile programs, with a department store having reopened after renovation and a major brewer actively developing new product lineups. 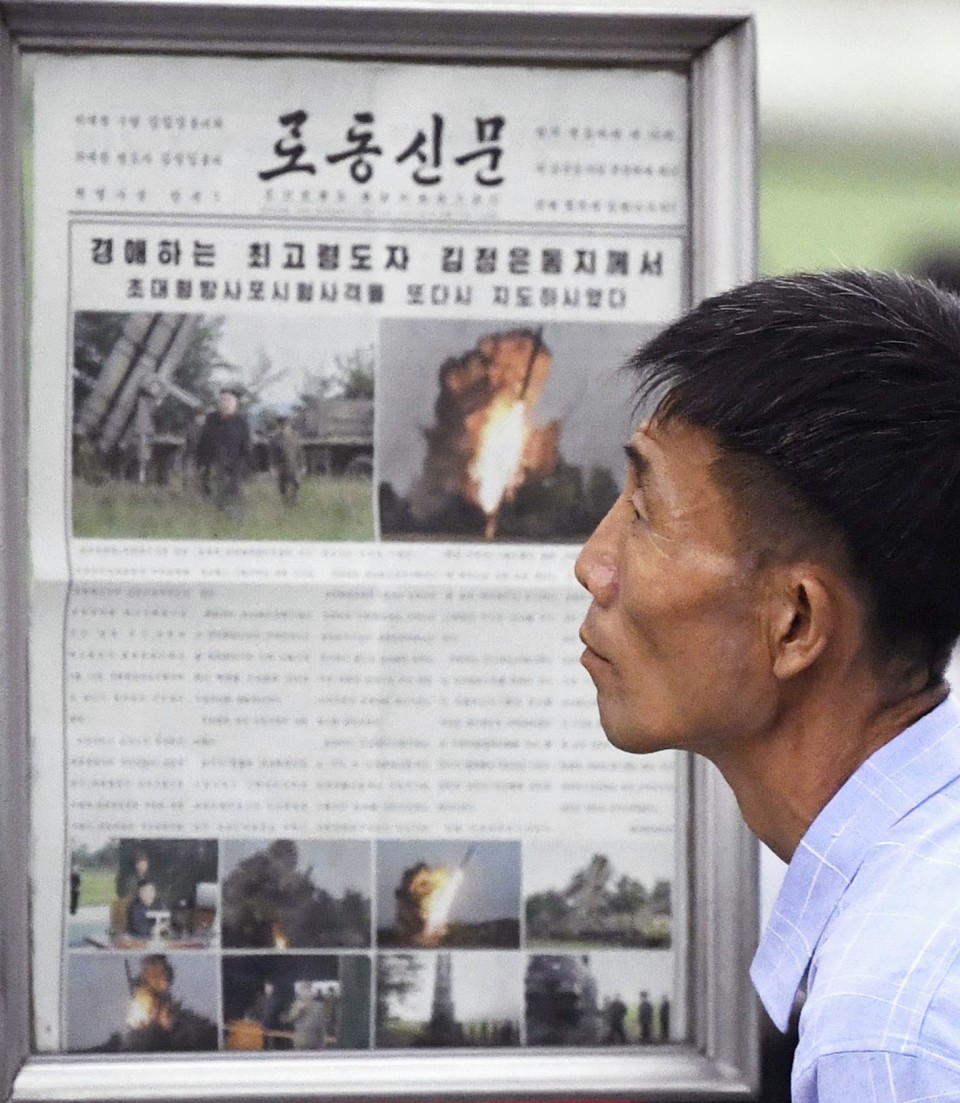 Taesong Department Store in eastern Pyongyang was reopened in April. With its first floor renovated in a supermarket style, shelves were stocked with fresh food and daily necessities. Japanese goods such as beer and whisky as well as cosmetics were also on offer.

On the upper floors of the five-story store, clothes and luxury items including watches and accessories were being sold at prices similar to those in Japan, China and other Asian countries.

Washing machines, refrigerators, televisions and numerous other home electrical appliances of Japanese brands like Sony and Panasonic were also displayed. The product descriptions of many of the items were written in Chinese.

Pak Chul Chun, a 35-year-old vice manager of the department store, said 99 percent of the merchandise sold on its first floor is "domestic," adding that the store obtains foreign goods through "normal trade channels."

At a Taedonggang beer factory, workers touted Kim as directing a boost in production over the past few years. Brewed locally since 2002, the most famous beer brand comes in several different aromas and colors, is also available at some overseas North Korean restaurants.

The brewer plans to soon launch new "health-oriented" products such as "fruit beer" and "herbal beer" using domestic ingredients, the chief of its production division said.

At least in Pyongyang, leading technology is also making its way into people's lives, with some people seen using wireless earphones and the use of electronic payment cards spreading. In a sign of changing lifestyles and improved lot for some North Koreans, horseback riding has become popular among ordinary citizens in the city, locals say. 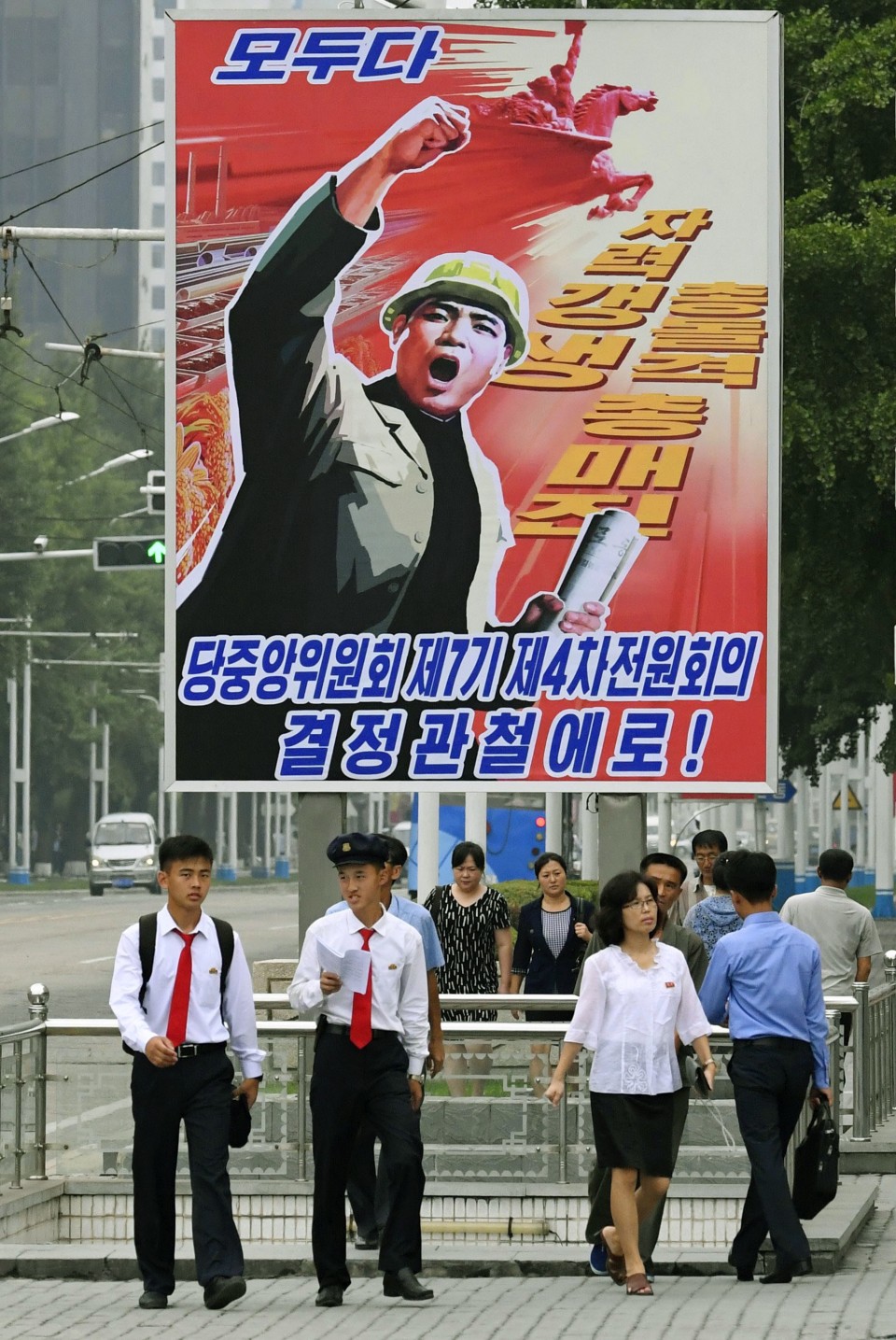 The U.S.-North Korea nuclear talks were dealt a setback in late February as Trump and Kim at their summit in Vietnam fell short of a deal over the gap between Washington's denuclearization demands and Pyongyang's calls for sanctions relief.

With the talks stalled, the economic sanctions on North Korea will likely remain in place for the foreseeable future.

"But the standard of living of citizens has been clearly improving at least in Pyongyang," said a diplomatic source who has often visited North Korea.

"That's because North Korea has built good relations with China, Russia and Southeast Asian countries. They are very friendly to North Korea now. I don't think they have fully implemented U.N. sanctions resolutions," the source said.

For more than a decade, the Security Council has imposed economic sanctions on North Korea to thwart its nuclear and ballistic missile ambitions.

The sanctions, implemented by the United States and other nations, including China -- North Korea's closest and most influential ally -- are said to have nudged the country to seek diplomatic openings beginning last year.

Recently, China, Russia and some Southeast Asian nations have indicated they are willing to ease sanctions, saying Pyongyang has already taken concrete steps toward denuclearization.

North Korea seems to be doing just that.

Then on Monday, a director general in charge of U.S. affairs at the Foreign Ministry released a statement setting conditions for holding them.

The unnamed senior official said the working-level negotiations with the United States are "expected to be held in a few weeks" and that "the discussion of denuclearization may be possible when threats and hurdles endangering our system security and obstructing our development are clearly removed beyond all doubt."

The statement did not elaborate on the threats and hurdles. But ensuring the continuation of the current political system led by the Kim family is a long-cherished goal of North Korea.

Trump, meanwhile, has recently taken actions that would be welcoming to North Korea. On Sept. 10, he said he sacked National Security Adviser John Bolton, known as a hardliner on Pyongyang. He has downplayed the seriousness of North Korea's test-firing since July of new weapons considered to be short-range ballistic missiles.

Trump's gestures are seen widely as a bid to keep the stalled denuclearization talks alive.

Pyongyang has been "aware" that Trump has been trying to make "diplomatic achievements" in the run-up to the presidential election in 2020, and Kim may believe that the U.S. president will not adopt a tougher stance against North Korea than now, a diplomat in Beijing from a European country said.

To gauge Trump's interest, "North Korea is certain to move very slowly" for the remainder of the year, he said.