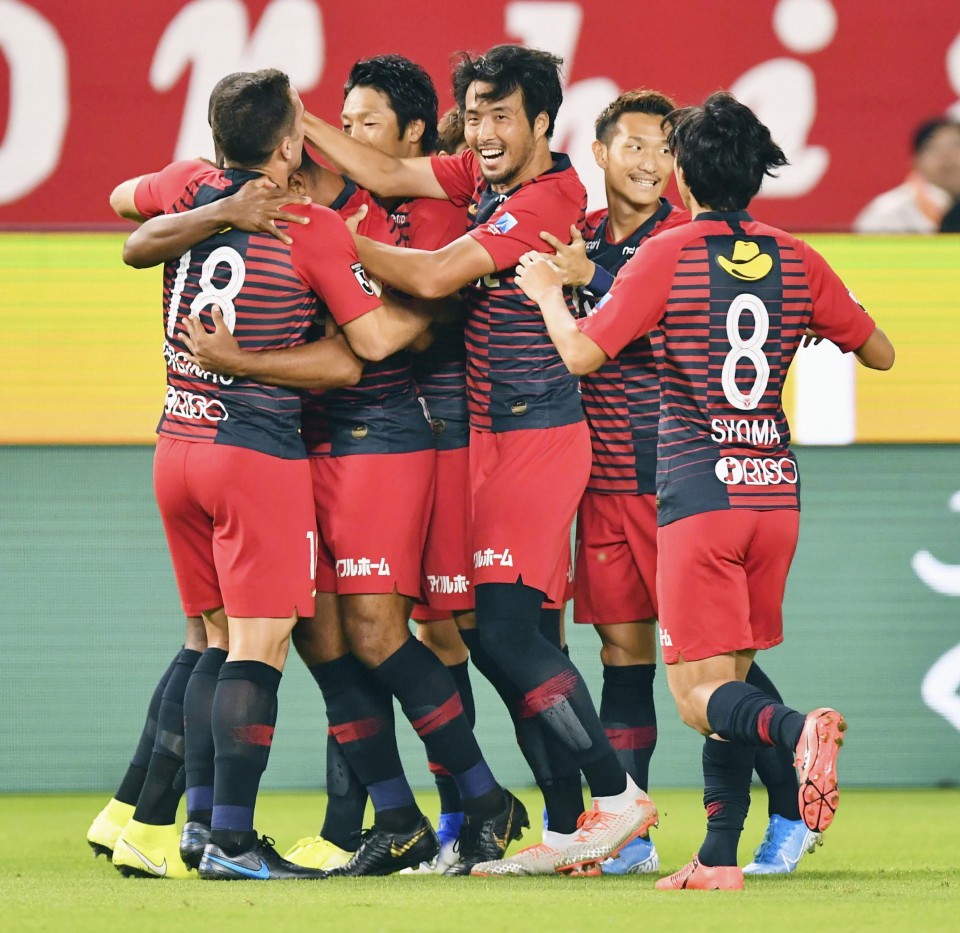 KASHIMA, Japan - Kashima Antlers closed to within a single point of first place Saturday with a 2-0 victory over J-League leaders FC Tokyo.

In a gripping clash in front of 27,285 at Kashima Stadium, it was the reigning Asian champions who found the edge thanks to goals from Brazilians Bueno and Serginho.

Having gone into the break trailing 1-0 after Bueno's second-minute opener, FC Tokyo turned up the intensity and looked the more dangerous side throughout most of the second half.

But Serginho broke the visitors' hearts in the 78th minute, sealing the result with a scorching long-range strike.

Following an attacking movement down the right, the winger received a short pass from substitute Shintaro Nago behind the penalty arc and unleashed a shot that curled around a pair of defenders and over the outstretched hands of FC Tokyo keeper Akihiro Hayashi.

Playing the third of eight-straight away games while their home ground is used for the Rugby World Cup, FC Tokyo came into the clash looking to send a message with a good result against their title rivals.

But the visitors got off to a nightmare start, conceding almost immediately as Bueno found the net from a corner kick.

The Brazilian center back was first to compatriot Leo Silva's kick from the right corner, racing in from the opposite side of the area to angle a low header past Hayashi.

Following a period of sustained pressure by the visitors, Diego Oliveira had a chance in the 48th minute. But the Brazilian forward's header from the middle of the area lacked power and direction, and was easily collected by Antlers keeper Kwoun Sun Tae.

The South Korean custodian passed a sterner test minutes later, diving to stop a Keigo Higashi shot from the edge of the area.

With the momentum on their side, the visitors squandered a number of good second-half chances.

Having missed an earlier attempt, Kensuke Nagai made a storming run down the left before crossing to Sei Muroya in front of goal, but the right-back blasted his shot over the bar.

With Antlers breathing down their neck and just two home games remaining for the rest of the season, Kenta Hasegawa's side face a daunting task in their pursuit of their first-ever J1 championship.

Go Oiwa's men, meanwhile, will have experience on their side as they chase a record-extending ninth J-League title.