U.N. High Commissioner for Refugees Filippo Grandi said Friday that Japan's approval rate for refugees is "quite low," while calling for improvement in its treatment of asylum applicants.

"I think that Japan can do better in terms of resettlement," Grandi said at the Japan National Press Club in Tokyo. 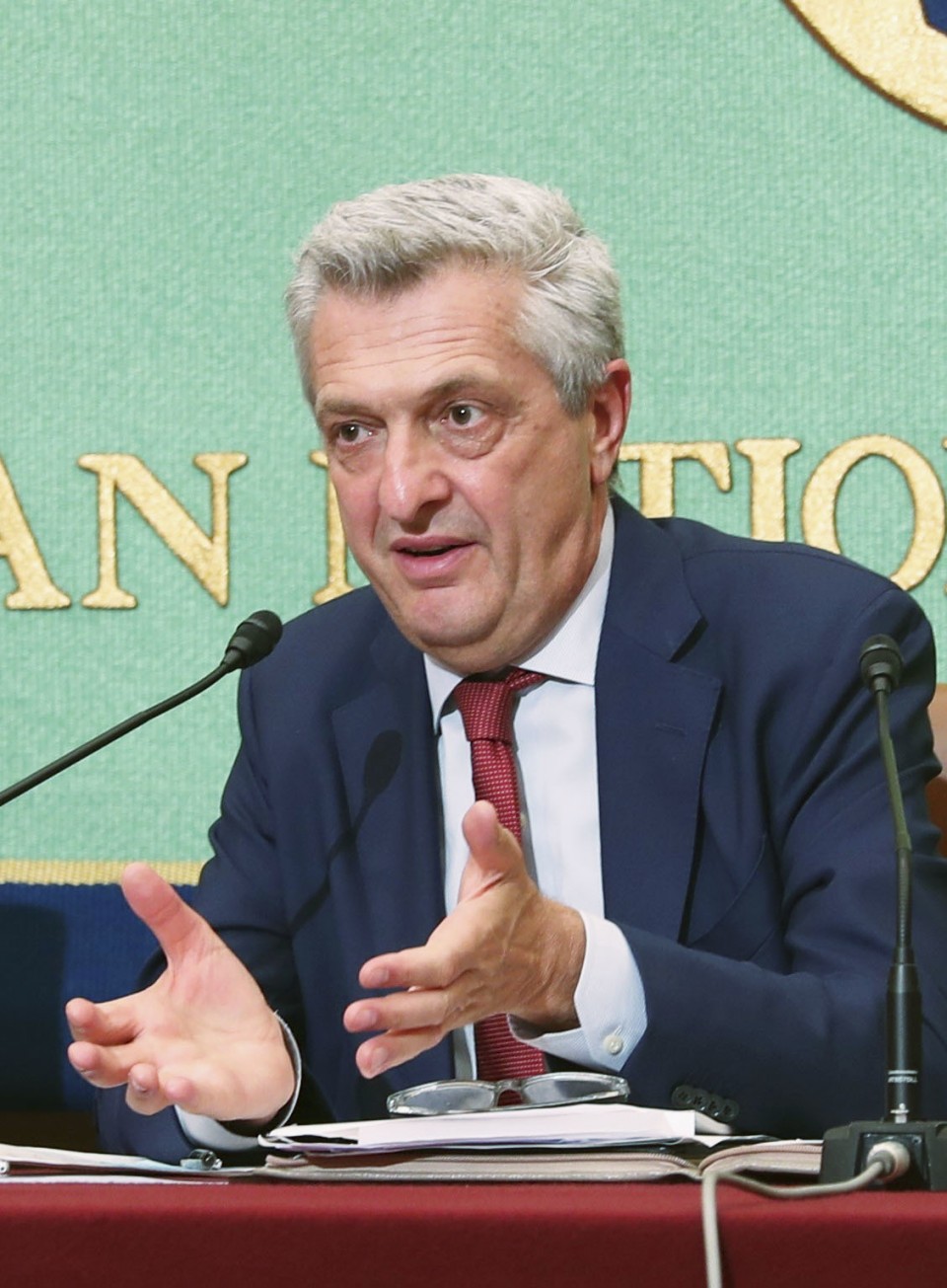 He said Japan's resettlement quota for refugees increased to 60 per year but the approval rate for asylum seekers remains "quite low compared to other industrialized countries" and the criteria are "quite restricted."

The world's third-largest economy approved only 42 out of 16,596 asylum applications last year, or a rate of 0.25 percent, according to the UNHCR. In contrast, Canada and the United States approved 56.4 percent and 35.4 percent, respectively.

According to the U.N.'s annual Global Trends report for 2018, a record-high 70.8 million people were forcibly displaced -- fleeing persecution, conflict or human rights violations -- by the end of last year.

Japan's lengthy detentions of asylum applicants while their cases are examined has led to hunger strikes and protests by asylum seekers, which Grandi said "shouldn't get to that point."

Grandi said detentions should be the very last measure when there is no alternative.

"What we're advising the Japanese government as any government, is there are alternatives to the detention of asylum seekers while their cases are being examined," Grandi said. "The bottom line is that asking for asylum for protection...is not a crime and should not be considered a crime."

Japan is UNHCR's fifth-largest donor contributing $120 million, but Grandi said it used to be UNHCR's second-largest donor. He said the agency needs countries including Japan to contribute more as the agency's budget has grown, as have the numbers of refugees and internally displaced people.

Grandi was in Japan to attend the Tokyo International Conference on African Development in Yokohama, near Tokyo.