A former university rugby player is set to make an emotional trip this summer to Mt. Fuji, completing a plan he made with his teammates before sustaining an injury that left him with paralysis.

Hideyuki Sugita suffered a cervical spinal cord injury as a freshman during Keio University's summer training camp in 2007. Doctors told him he may be bedridden for life, but he made a stunning recovery despite still suffering from paralysis in his limbs.

Sugita, now 31, has been training in a bid to climb Japan's tallest mountain with his former teammates and fulfill a promise they made 12 years ago.

On Aug. 22, Sugita and about 100 other former Keio rugby players are scheduled to start climbing the 3,776-meter volcano.

"I feel like I can move better than before. Together with my companions, I want to expand what is possible for me," he said recently. 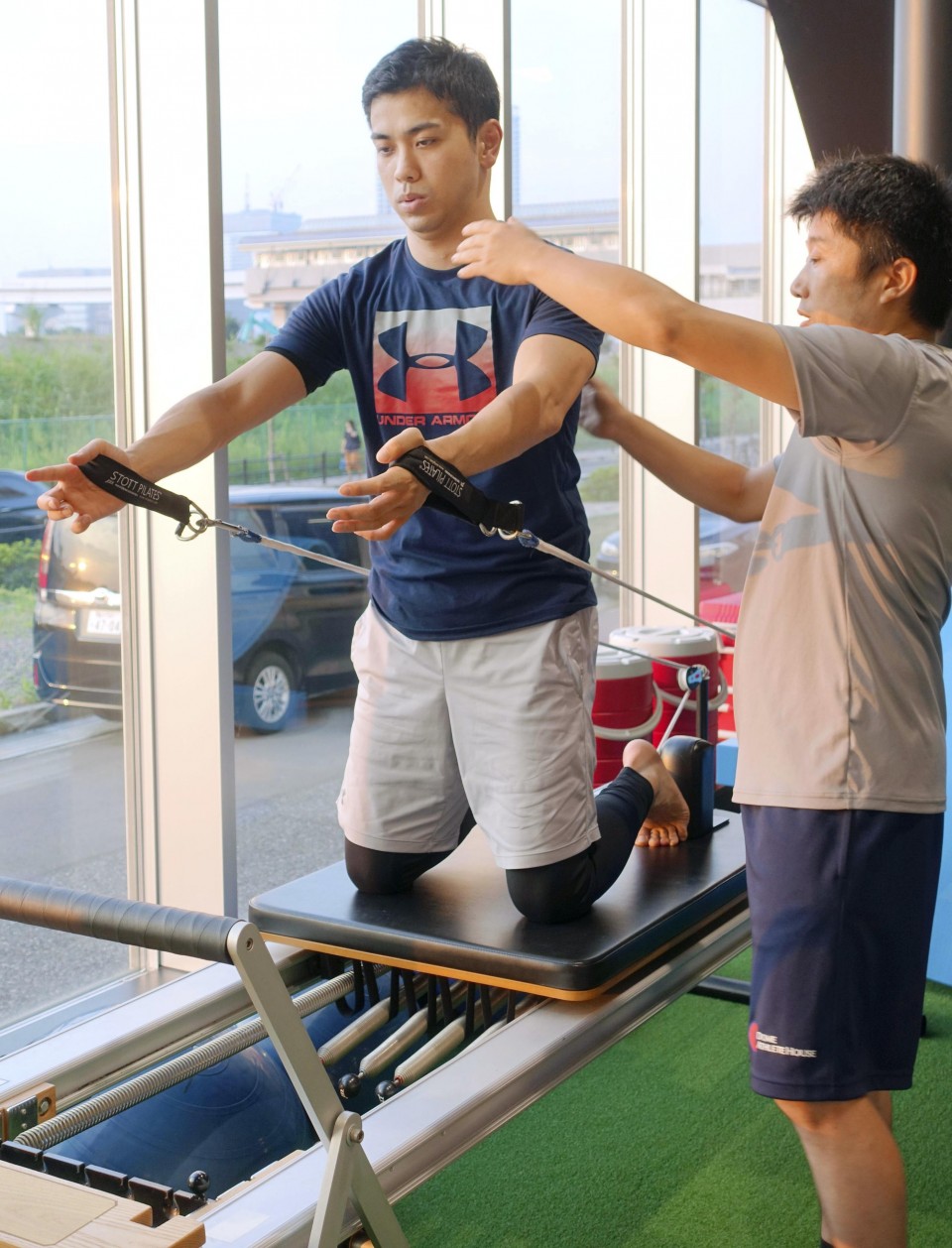 Sugita took up rugby when he was a junior high school student, and played in high school before joining the Keio University team, one of Japan's more prestigious university clubs.

"I was fascinated by how there is a specific role for every position, and the strong bond of trust with teammates," he said.

But everything changed during a practice game in August 2007. He felt something was not right when a scrum formed, and woke up in a hospital bed.

Sugita felt as though his body did not exist below the chest, and did not feel anything when people touched his feet or arms. He was told by a doctor he would likely have to depend on nursing care.

Following rounds of rehab and battles with anxiety, Sugita learned to walk using a cane. He returned to university and rejoined the team as a video analyst when the members of his freshman class were in their final year as seniors.

Ever since that fateful summer of 2007, Mt. Fuji has been a goal of Sugita and his teammates. They had planned to climb the summit on the final day of summer training camp. When Sugita was hurt and the plan abandoned, they promised each other they would do it "someday."

About a year ago, his former teammates told him it was time to fulfill that promise, to climb Mt. Fuji together.

Sugita's former teammate, Tsuyoshi Murata, who plays for the Top League's Hino Red Dolphins, posted their plan on social media so "Sugita will not back out."

"There is nothing Sugita can't do, considering the miraculous recovery he made and that he is a rugby player at heart," Murata said.

Ryutaro Takemoto, a former Keio captain who plays for Top League side Suntory Sungoliath, said, "I'm really happy I can take up a new challenge with Sugita. I want to make it a success."