Japan's Tomoa Narasaki clinched his place in sport climbing at next year's Tokyo Olympics on Wednesday after emphatically winning the men's combined discipline on the last day of the world championships at the capital.

The 23-year-old showed his all-round ability by coming second in the speed discipline before winning bouldering and again placing second in lead. Each climber's rankings in the three events are multiplied to produce a final score and Narasaki was crowned world champion with the lowest points at four.

"The whole thing flew well in terms of competing in a combined event," said Narasaki. "The condition I was in and the images I had beforehand were very good and that got me thinking I could win this."

Jacob Schubert of Austria came second on 35 points after winning the lead, the last of three disciplines, while Rishat Khaibullin of Kazakhstan, who won the speed, came third on 40 points.

A trio of Japanese took the next three spots with Kai Harada fourth, Tomoa's younger brother Meichi fifth and Kokoro Fujii sixth. Narasaki looked sharp from the off as he broke his record in his second race on the speed wall, clocking 6.159 seconds in the semifinals, and a stellar performance in his favored discipline, bouldering, set the tone for the rest of the night as he strolled past all three problems. 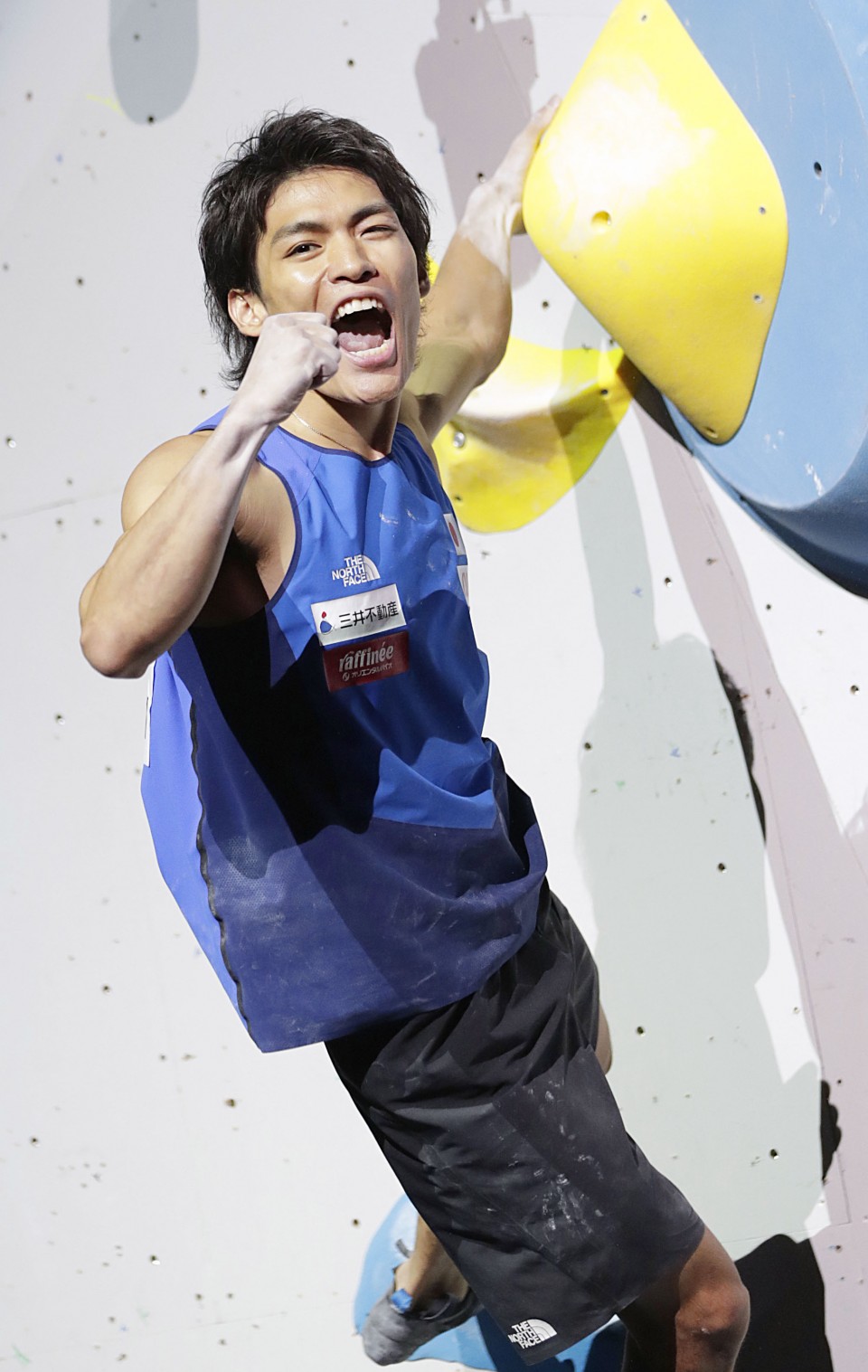 "The problems were of my liking," said Narasaki, who flashed the first boulder with the other seven finalists all faltering, displaying tremendous palm strength.

He required two attempts for the overhanging second before flashing the third as he coordinated and balanced his body to perfection.

Narasaki won his second overall World Cup title this season and secured his second bouldering world championship here last week, both for the first time since 2016. Now he heads into next year's Tokyo Olympics confident not just on the boulders but in all three disciplines.

"I only have winning the gold medal in my mind, hopefully being the first in all three events," he said. "I've grown mentally more so than physically. Being able to calmly know what I'm capable of regardless of the situation is where I've grown the most."

Sport climbing is one of five sports, four of them new to the Olympics, added to next year's games by Tokyo's local organizers.

Narasaki joins Akiyo Noguchi, who secured a berth the day before by winning silver in the women's combined, in Japan's Olympic team. One slot is still up for grabs for each gender.