Following his arrival in Tokyo on Tuesday, Guterres is scheduled to participate in the 7th Tokyo International Conference on African Development in Yokohama, southwest of the capital. 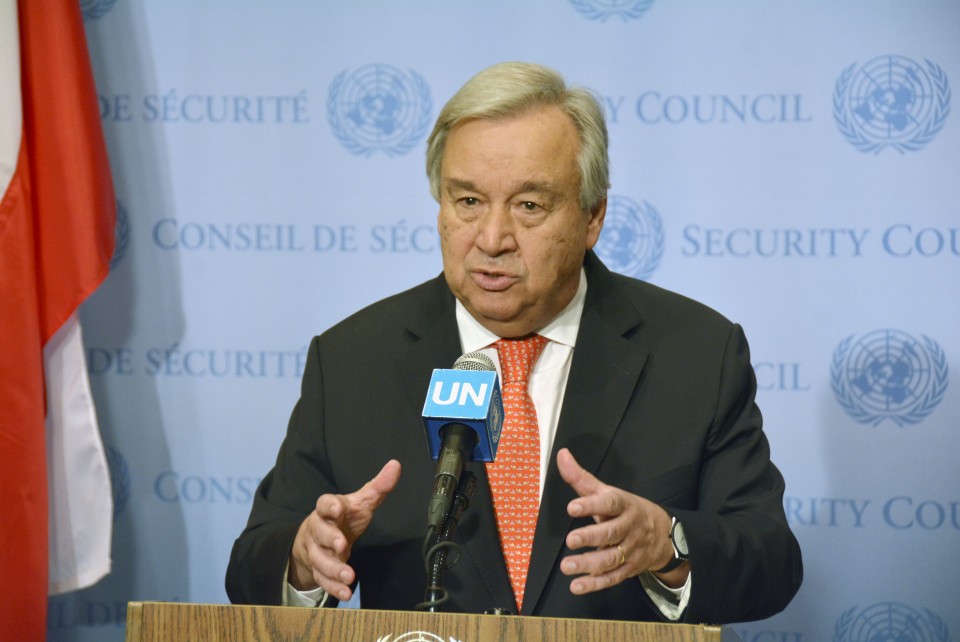 The U.N. chief is also expected to hold talks with Foreign Minister Taro Kono during his stay in Japan, the spokesman said.

The Japan visit is part of an itinerary that begins Friday, when Guterres will fly to France to attend the Group of Seven summit, and continues to a stay in the Democratic Republic of Congo before he returns to New York on Sept. 3.