U.S. hints at concession in trade deal with Japan: minister

The United States indicated Friday it would make a concession in trade negotiations with Japan to allow the two countries to strike a deal at an early date, Japanese economic revitalization minister Toshimitsu Motegi said.

After a two-day ministerial meeting in Washington, Motegi told reporters that the discussions on a bilateral trade agreement "made good headway" and that he and U.S. Trade Representative Robert Lighthizer agreed to meet again later this month.

Motegi's remarks suggest that the two countries may reach an agreement by the end of August. Tokyo aims to seal an agreement in September, ahead of a summit between Japanese Prime Minister Shinzo Abe and U.S. President Donald Trump later in the month in the United States on the fringes of U.N. General Assembly and related gatherings. 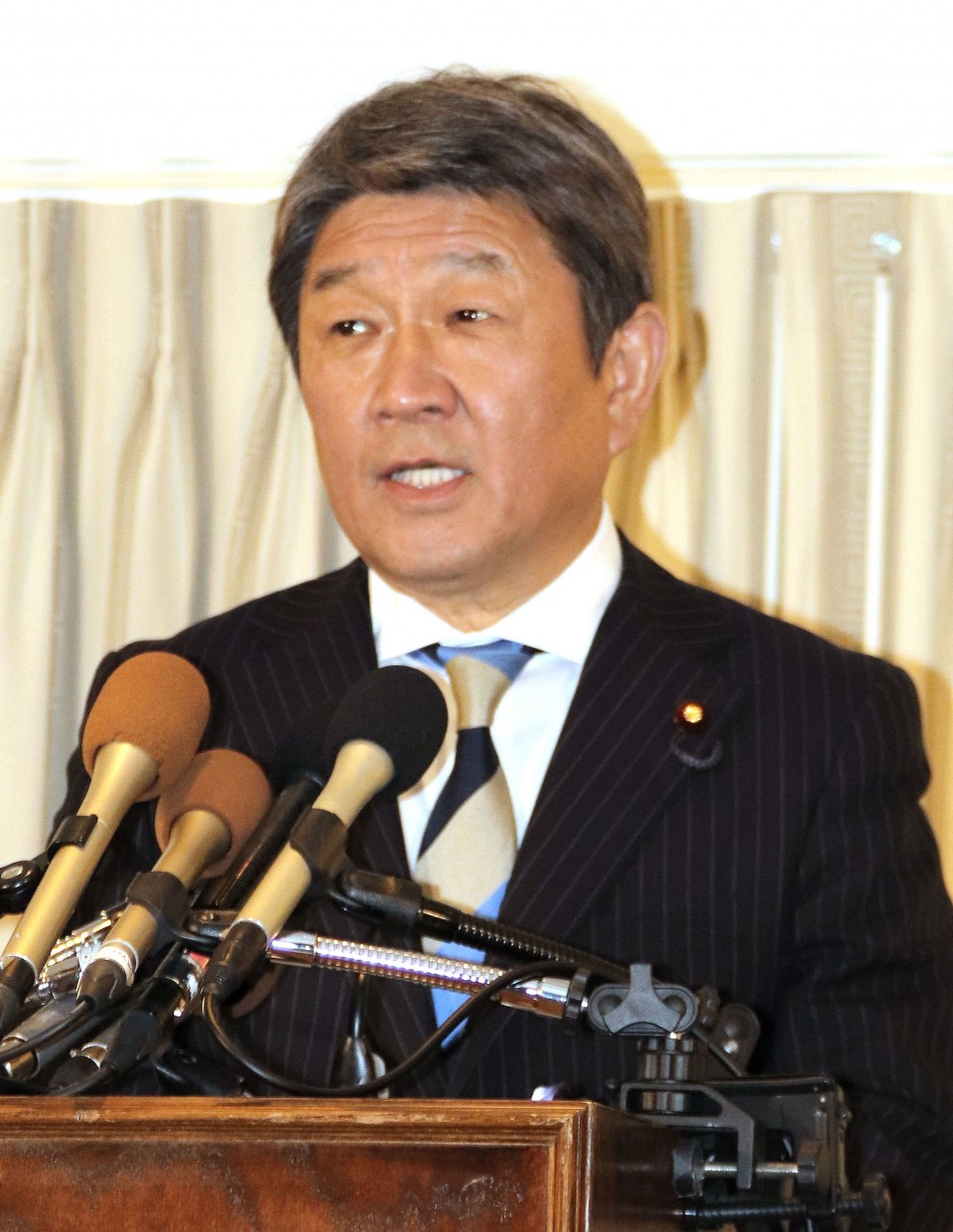 Prior to the U.N. parleys, the two leaders are also likely to meet on the sidelines of a Group of Seven summit on Aug. 24-26 in France.

Given these diplomatic events, Motegi and Lighthizer are likely to hold talks before the G-7 summit to iron out outstanding issues, sources familiar with the matter said.

In the trade talks, the United States is seeking greater market access for American beef, pork, wheat and dairy products.

Japan plans to grant the same tariff levels to the United States in exchange for Washington scrapping duties on Japanese automobiles and auto parts. The United States was among the original TPP members but pulled out of the pact in 2017, with Trump preferring bilateral trade deals.

According to the sources, Lighthizer, who had been a staunch opponent of giving Japan greater access to the U.S. auto market, softened his stance to move the negotiations forward.

Motegi told reporters that the two countries narrowed the gap substantially during the latest talks.