A majority of companies where in-person customer service plays a major role in its business, such as banks and airline companies, have dress codes enforcing women to wear high heels, a Kyodo News poll found Monday.

While the sample size is small at 28 companies, the poll illustrates how entrenched high heels are as part of a woman's professional attire. This comes as more women are raising their voices against company dress codes, most notably expressed by the #KuToo movement - an amalgam of "#MeToo," and the Japanese words for shoes, "kutsu," and pain, "kutsuu." 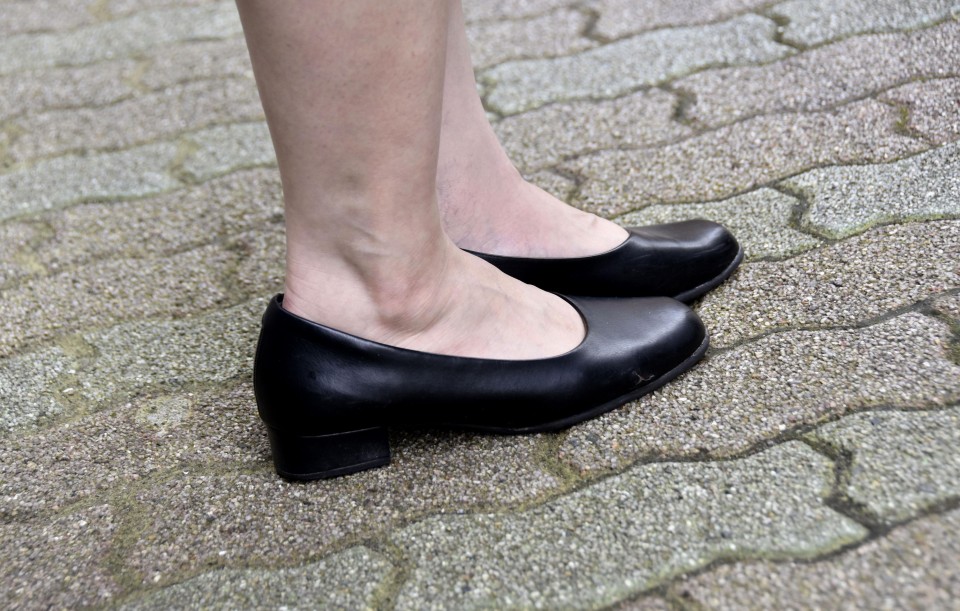 (A flight attendant in her 50s uses pumps with heels 1 centimer lower than required.)

More women are demanding to be able to choose their work shoes, preferring to discard heels for more comfortable shoes, as high heels can cause lower back pain and bunions.

Kyodo News reached out in July to a group of 32 companies that included airplane companies, banks and insurance companies, department stores, hotels and cellphone companies.

Of the 28 that responded, 20 said they either have rules making high heels mandatory or encourage female employees to wear them. Three companies said they did not have mandatory rules but have "guidelines" of professional attire that includes heels.

Some of them said they enforce or encourage female employees to wear heels in order to "preserve the (professional) look of the uniform", or to "avoid making customers feel uncomfortable."

Among those 20 firms, only two companies said that they would reconsider their rules toward heels.

Of the 16 airplane companies that responded, 15 specified the height and width of the heels worn by female flight attendants. Japan Airlines Co. requires them to be 3 to 4.5 centimeters wide and 3 to 4 cm tall. All Nippon Airways Co. says the heel must be between 3 and 5 cm in height and width.

Japan Airlines' new low-cost carrier Zipair Tokyo, which will launch its services in 2020, says it plans for its flight attendants to wear sneakers, finding them more durable, easier to move in, and likelier to reduce exhaustion. 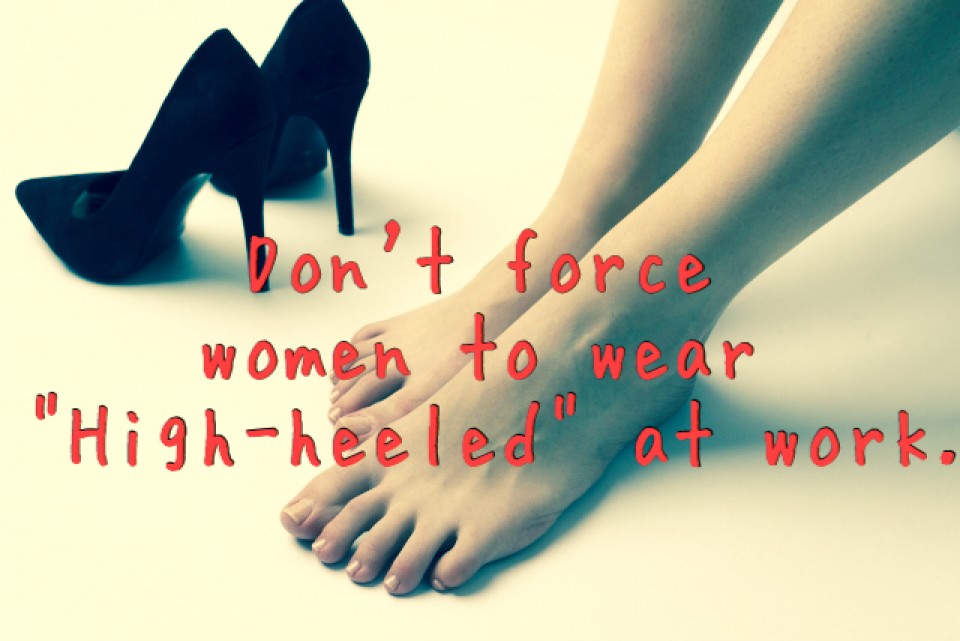 NTT Docomo Inc. said it used to provide heels to its female staff working in its shops, but that it now allows staff to wear alternative shoes.

Daimaru Matsuzakaya Department Stores Co. requires uniforms and pumps with heels that are at most 5 cm-high. The company allows staff to wear shoes other than heels if they make a request based on their health.

Shino Naito, an expert on labor laws from the Japan Institute for Labor Policy and Training, says that the main reason companies demand women to wear heels is because society considers it to be "good manners" and companies use this as a pretext.

Excessive demands on employees for "womanliness" or "manliness" through rules on appearance such as makeup, hairstyle and clothes may lead to emotional distress, said Naito.

Companies should think about whether rules that are in place "to please customers" are not burdensome to their employees, including whether they are not imposing gender roles and making them feel uncomfortable, Naito said.