The two were identified by the ministry as Koichi Shoji, 64, who murdered two women in Kanagawa Prefecture in 2001, and Yasunori Suzuki, 50, who killed three women in Fukuoka Prefecture between 2004 and 2005.

"I ordered the executions based on careful consideration," Justice Minister Takashi Yamashita said at a press conference, noting the two "took away the lives of the victims who had done nothing wrong for very selfish reasons."

The latest hangings brought the number of executions under the government of Prime Minister Shinzo Abe, who took office in 2012, to 38.

They follow the executions last December of two men who were involved in the 1988 murder-robbery of the president and an employee of an investment advisory company. Japan also hanged AUM Shinrikyo cult guru Shoko Asahara, 63, and 12 former members of the doomsday cult in July last year. 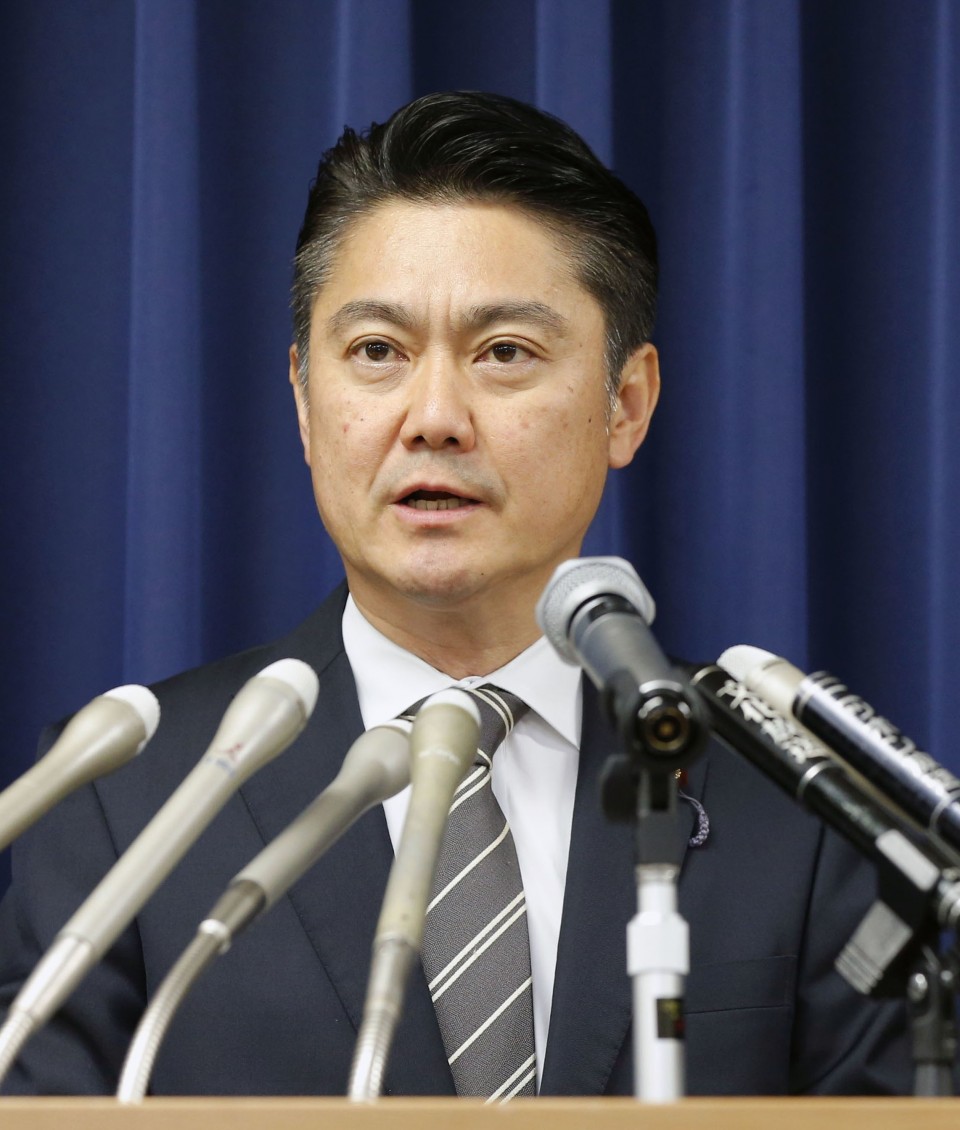 Shoji was convicted of killing and taking money from Hiroko Hayashi, 54, in August 2001, and Fumiko Osawa, 42, in September that year in conspiracy with his girlfriend. His death sentence was finalized after the Supreme Court rejected his appeal in November 2007.

Suzuki was found guilty of strangling to death 18-year-old Nana Kubota in Iizuka and fatally stabbing 62-year-old Toshiko Onaka in Kitakyushu, both in December 2004, as well as stabbing to death 23-year-old Keiko Fukushima and taking her handbag in Fukuoka the following January.

His sentence was finalized after the top court rejected his appeal in March 2011.

Japan's system of capital punishment has drawn international criticism, although some polls suggest the majority of Japanese support it. The Japan Federation of Bar Associations has called for it to be abolished by 2020.

In December, dozens of lawmakers also established a group for discussing the future of Japan's death penalty system, including the potential introduction of lifetime imprisonment without parole.