Mahonri Schwalger remembers the exact moment he realized he wanted to represent his country on the rugby field.

It was the 1991 Rugby World Cup and the small Pacific island nation then known as Western Samoa beat Wales 16-13 on their opposition's home turf in their first match of the tournament.

"I was at Apia Park. Our prime minister decided to put a huge screen up because in those days a lot of us didn't have TVs in the house," the 40-year-old former Samoa captain told Kyodo News from the sidelines of a community rugby field in the country's capital Apia.

"Everyone took their bed, their mattress, and waited until two in the morning for the game. That was the day I decided, I want to be in Manu Samoa."

The win helped Western Samoa, which changed its name to Samoa in 1997, progress to the knockout stage on World Cup debut. Since then, the team has only reached that far once. 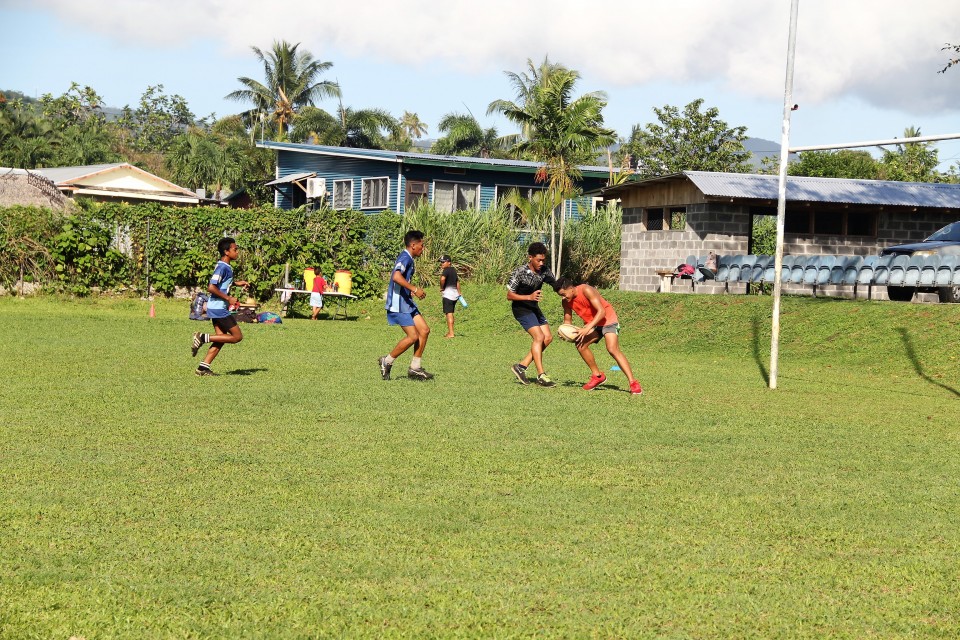 Samoa's much larger neighbor Fiji have also only made it as far as the quarterfinals twice while Tonga have never progressed beyond the pool phase in seven attempts.

It is a telling statistic given all three countries' reputation for producing some of the world's most talented rugby players; players who star for high-profile clubs across Europe, Asia, Australia and New Zealand.

According to Britain-based lobby group Pacific Rugby Players Welfare, over 20 percent of professional rugby players worldwide are of Pacific Island heritage. That number jumps to roughly 25 percent when looking at the players that will likely take the field at this year's World Cup in Japan, the organization says.

For players in Tonga and Samoa, where rugby is still an amateur game, an overseas contract is particularly hard to refuse.

"In Tonga, you grow up as a child, there's nothing there for you, really. Your first objective is to try and get off the island and earn money. And if rugby is a way for them to get off the island, they'll go do that," explains Tonga national team head coach Toutai Kefu.

A former hard-running No. 8 for Australia's Wallabies, Tongan-born Kefu encourages young men to pursue opportunities overseas, but admits the long-running practice of wealthier, professional clubs contracting players in the Pacific, leaves the island states at a significant disadvantage during international tournaments. 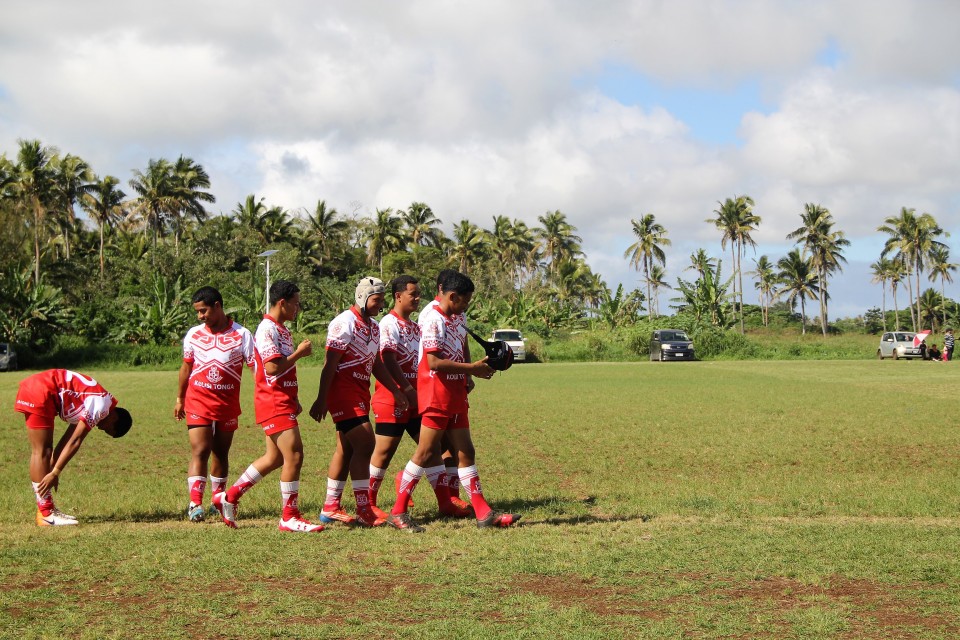 Having identified another 20 Tongan players based overseas who were either unable or unwilling to join Tonga in camp, Kefu says he would "definitely" be able to field a stronger team at the World Cup if they could draw on all their entire player pool.

"There's been cases where they have offered more money, cases where they've offered new contracts, contract extensions," the 45-year-old said, noting the team has had players withdraw from the World Cup because their clubs refused to release them.

This is despite World Rugby, the sport's governing body, issuing its "Regulation 9" that requires clubs make players available for "Designated Release Events" such as the World Cup.

"We can't offer them anything except for the experience of playing for Tonga," Kefu said.

The situation is the same in Samoa where Schwalger, having spent most of his career playing club rugby in New Zealand, has established the Rugby Academy of Samoa -- which he funds almost entirely on his own -- where local boys are taught the skills and techniques overseas clubs want.

"A lot of kids here, they don't have a rugby ball. They play with coconuts. And when I came here and started a rugby field, I wanted to offer these kids the opportunity that I had as a rugby player," he said.

"Basically, we're a product for those other countries. We don't see it that way (but) it's an opportunity for us to get a blessing for our families here. Rugby is a vehicle to get elsewhere."

The "blessing" that Schwalger refers to is the financial benefit that flows on to families and communities in professional players' home countries. Pacific Island expatriates, including athletes, traditionally remit a sizable proportion of their overseas income.

According to the World Bank, personal remittances account for over 16 percent of Samoa's total gross domestic product, while in Tonga it's around 40 percent.

"The sport has been helping our people; building families, churches, villages," Schwalger said.

However, Schwalger is equally passionate about the educational opportunities that rugby provides Samoan teenagers. Currently, three Rugby Academy of Samoa players are on full university scholarships in Japan, while a fourth has been sponsored to complete high school in New Zealand.

"Here in the islands, not everyone has been blessed, education-wise. Some of them are good, but their families can't afford it," he said.

It is a sentiment shared by Tevita Kalafitni Latu, principal of Tonga College 'Atele -- one of the most prestigious schools in the Kingdom of Tonga and alma mater of Japan backrower 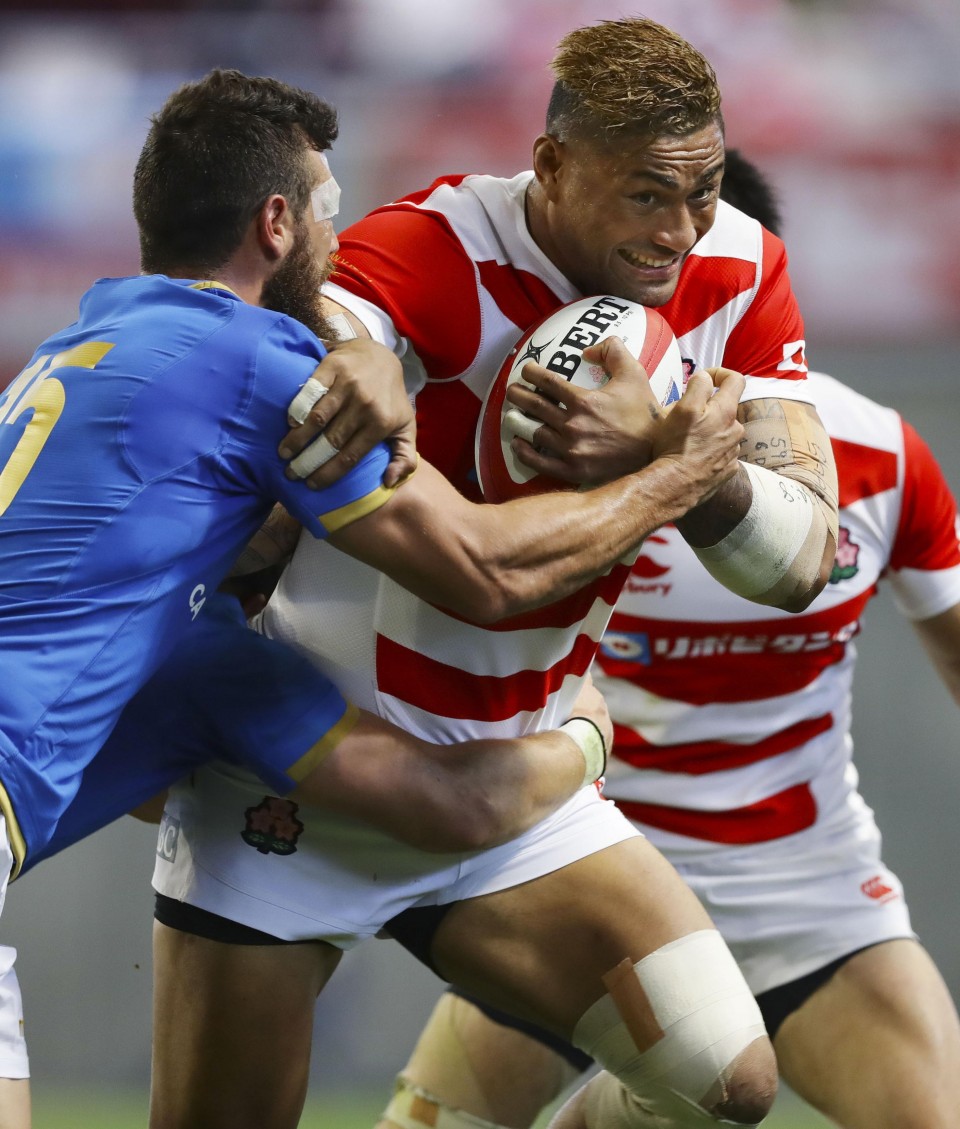 During his time as principal, Latu has seen 46 students from the all-male school go to Japan to study and play rugby.

And while Latu admits he would prefer to see the students represent Tonga at the World Cup, he encourages them to move overseas, particularly to Japan.

"I think New Zealand have a lot of talented rugby players so there is more competition (for the Tongan students), but the majority of the Japanese boys help their family, they build their house for the family. Almost all of them build a house for the family. That's why I say Japan is good."

Despite the brain drain the Pacific Island teams face, Kefu has faith Tonga and his rivals from the region will be tough competition at the World Cup.

"We're not there to make numbers up. We want to shock the world."