A handbook on "SOGI" or sexual orientation and gender identity harassment has been released in Japan by a group supporting sexual minorities in a bid to raise awareness about discrimination against such individuals.

The book "Hajimeyou! SOGI hara no nai gakkou, shokuba zukuri" (Let's start making schools and workplaces without SOGI harassment!) was compiled last month by the group, which advocates eliminating the use of cruel and derogatory words against sexual minorities and advancing society's acceptance of them.

"SOGI harassment is a matter of life. There are people among sexual minority groups who feel they don't belong anywhere, and have committed suicide (as a result)," said Gon Matsunaka, head of the group named Nakuso! SOGI hara jikkou iinkai (Let's get rid of SOGI hara! executive committee).

He said he especially wants those who have little or no experience interacting with sexual minorities to read the book and encourage others to become accepting of sexual and gender diversity.

The book presents typical situations of SOGI harassment, with some shown in comic strips.

Examples include one in which a gay student is ignored by classmates and another where a transgender woman is pressured by her superior to transfer or quit because she is "disturbing the peace of the workplace." 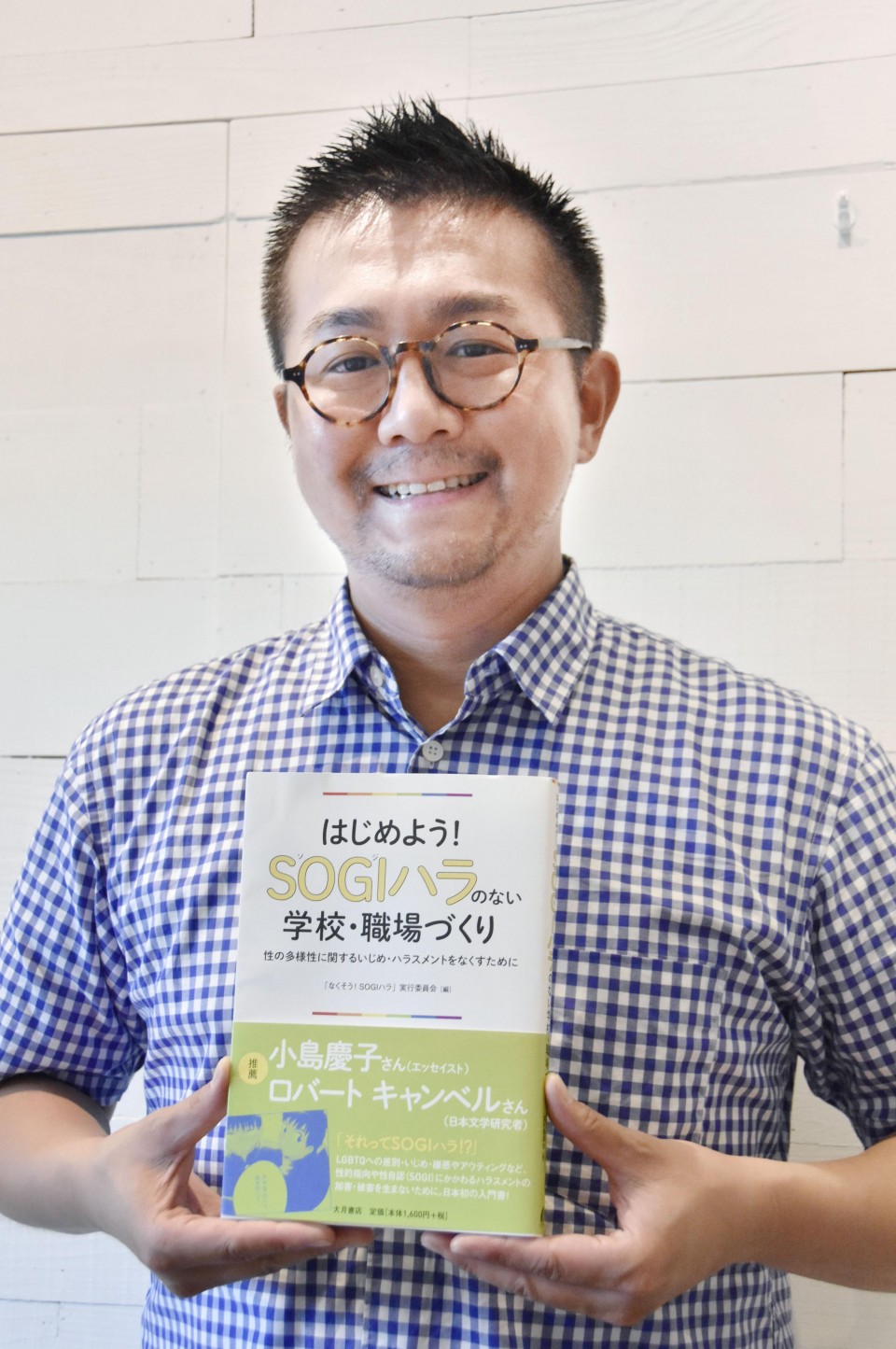 The group also devotes a large part of the book to school-based cases, as adolescence is often a fraught period for many who wonder about their sexual orientation and gender identity.

The book says school personnel need to realize "it isn't that students of sexual minorities don't exist, but that (school) isn't a safe space to come forward." The guide asks them to be properly informed and act in the best interest of the person involved.

The book also details the risks involved in "outing," where someone may spill a person's identity or orientation to a third party without the person's consent.

Cases have occurred in which teachers have been consulted by a student regarding gender identity or sexual orientation but have then told the student's parents about the matter.

"It's important (for teachers) to confirm with the student about the student's intentions and just how much information they are comfortable with being disclosed," the group advises.