Japan decided Friday to revoke from later this month South Korea's preferential status as a trade partner for the purchase of goods that can be diverted for military use due to what it says are security concerns, igniting angry protests from Seoul.

The Cabinet of Prime Minister Shinzo Abe approved plans to remove South Korea from a "white list" of countries subject to simplified trade procedures, raising the stakes in a bitter diplomatic row between the neighbors that concerns wartime history as well as trade policy.

South Korea reacted sharply to the decision, with President Moon Jae In denouncing Tokyo's decision as "very reckless" and pledging to take countermeasures.

The removal could hurt South Korea's world-leading tech industry, which is already under pressure from Japan's decision to require from July 4 individual licenses to export to South Korea key materials used to manufacture semiconductors and display panels for smartphones and TVs. 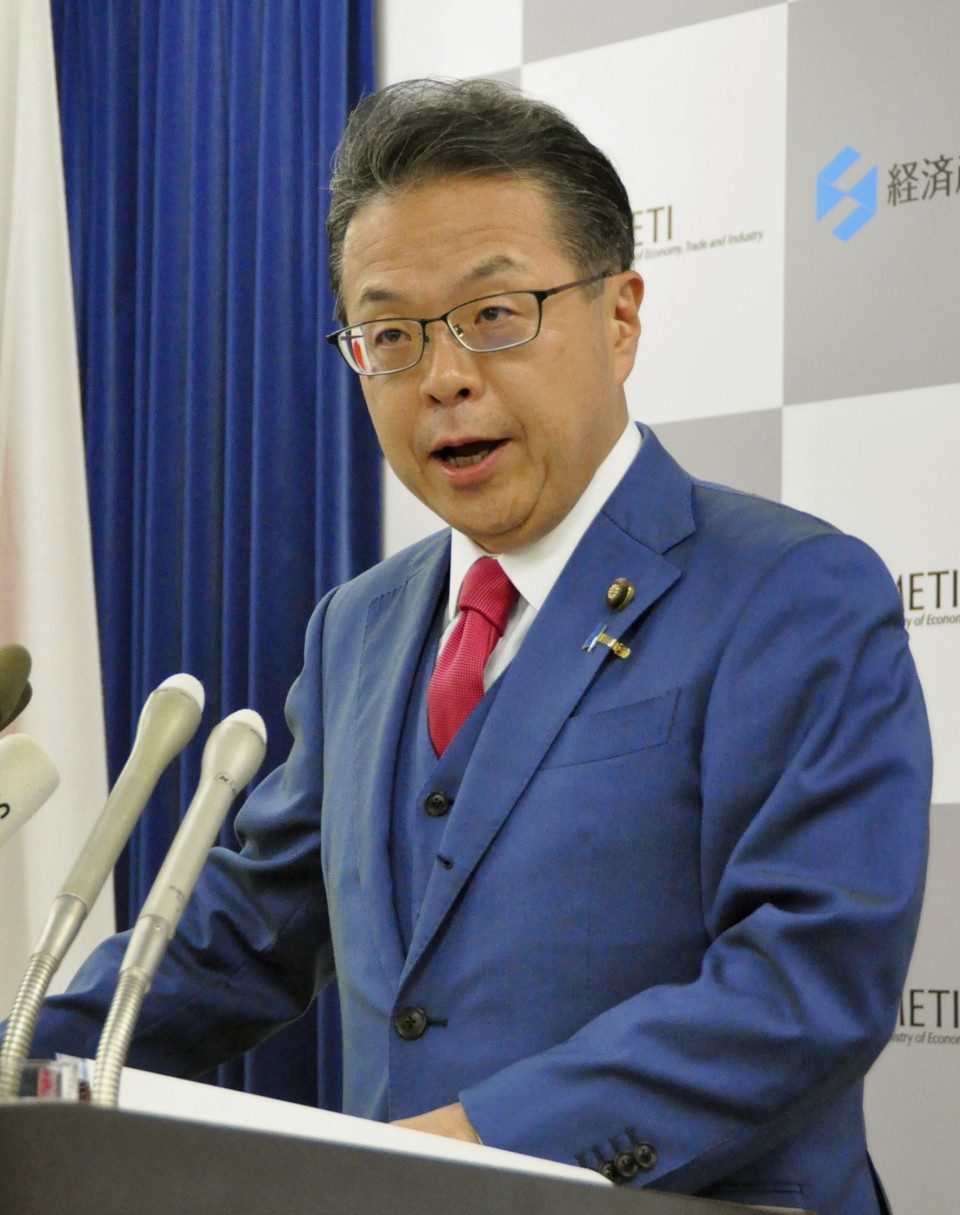 Seko said the delisting is not meant to restrict trade and would not undermine bilateral ties or negatively affect Japanese companies.

"This review is necessary to appropriately implement Japan's export control system from the perspective of security," Suga said.

Noting that South Korea is the only Asian country granted the special status, the top government spokesman said Japan will treat it the same way as other countries in the region.

The United States has expressed concern the deepening animosity between its two largest Asian allies could hurt their ability to deal with missile threats from North Korea.

U.S. Secretary of State Mike Pompeo had expressed hope to play the role of mediator, saying he wants to encourage Tokyo and Seoul to "find a way to move forward together."

In Seoul, Moon said at an emergency Cabinet meeting that Japan did not accept the U.S. proposal to mediate and warned Japan "will be entirely held accountable for what will unfold going forward."

Deputy Prime Minister and Economy and Finance Minister Hong Nam Ki said South Korea will delist Japan from its own white list, while aiming to take the case to the World Trade Organization as soon as possible.

Japan is among 29 countries registered on the list, according to Japan's trade ministry. A Japanese government source played down the significance of the decision, saying it is "unlikely to have any material impact."

In Bangkok, where a regional forum is being held, foreign ministers of both countries, who failed to reduce bilateral tensions the previous day, traded barbs in the wake of Japan's official announcement. 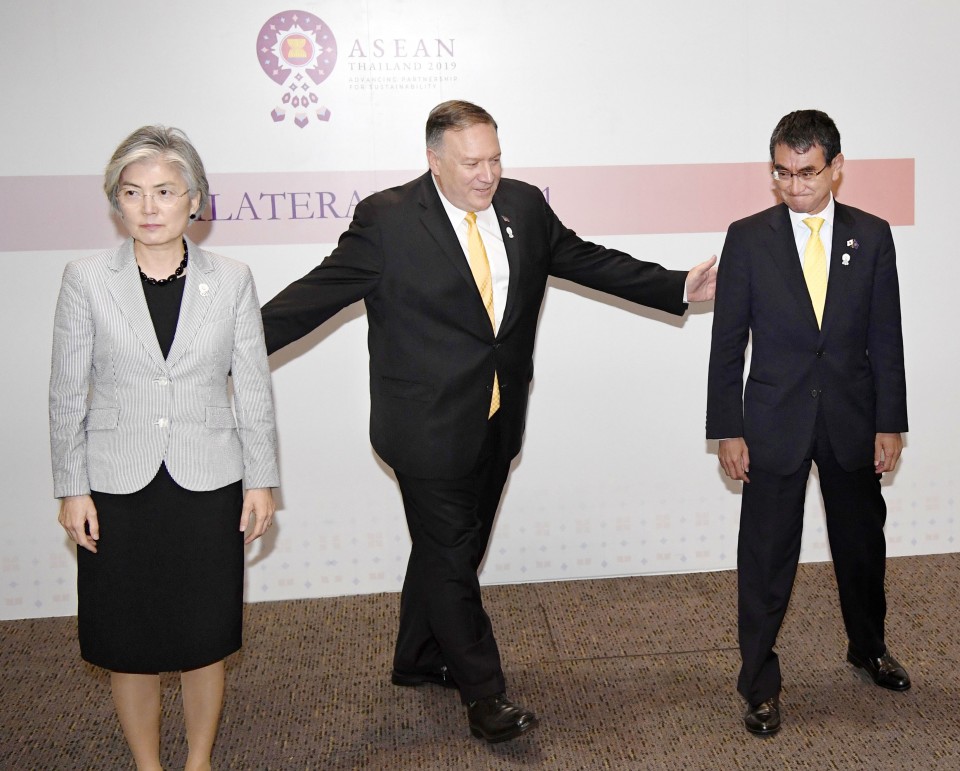 At the outset of a multilateral gathering, South Korean Foreign Minister Kang Kyung Wha condemned Tokyo's latest trade step as being "unilateral and arbitrary." In response, her Japanese counterpart Taro Kono said the move is fully compatible with WTO rules.

Under the preferential arrangements, Japanese exporters can ship products and technology capable of being diverted for military use to 27 white-listed countries such as Argentina, Australia, Britain, Germany, New Zealand and the United States.

South Korea, which gained the status in 2004, will become the first country to lose its position on Japan's white list. After removal, companies in Japan will need to obtain case-by-case approval from the country's trade ministry before exporting items or technology to the neighbor.

The South Korean government had urged Japan not to go ahead with the removal, which it estimates could affect more than 1,000 items in key industries including the auto and petrochemical sectors.

Some analysts said the measures could hit not only South Korean manufacturers but also Japanese exporters as their supply chains are intertwined. But Suga maintained, "We don't believe there will be any impact on global supply chains."

The two countries' relations have significantly worsened since South Korea's top court last year ordered some Japanese companies to pay damages to Koreans who said they were victims of forced labor during Japan's 1910-1945 colonial rule of the Korean Peninsula.

Tokyo views the issue of compensation as having been settled under a 1965 bilateral deal.

South Korea has criticized Japan's tighter control of the materials' exports as retaliation for the rulings. But Japan has insisted the measures are designed to address security concerns, saying "improper incidents" surrounding exports to South Korea have been confirmed, without elaborating.