Japanese Foreign Minister Taro Kono urged his new British counterpart Dominic Raab on Thursday to achieve an "orderly" exit from the European Union to minimize the impact on the global economy.

In their first talks since Raab was named as foreign secretary by British Prime Minister Boris Johnson on July 24, Kono also called for efforts to ensure the withdrawal does not hurt Japanese companies operating in Britain, according to Japan's Foreign Ministry.

Several Japanese financial firms are preparing to move their main European offices away from London, while Honda Motor Co. said earlier this year it will close its Swindon plant in 2021 and Toyota Motor Corp. has said it may pull out of production in Britain around 2023 if the country exits the bloc without an agreement.

During the talks on the sidelines of annual ASEAN-related meetings in Bangkok, Kono said he hopes Britain will remain an attractive investment destination for Japanese companies even after leaving the European Union. 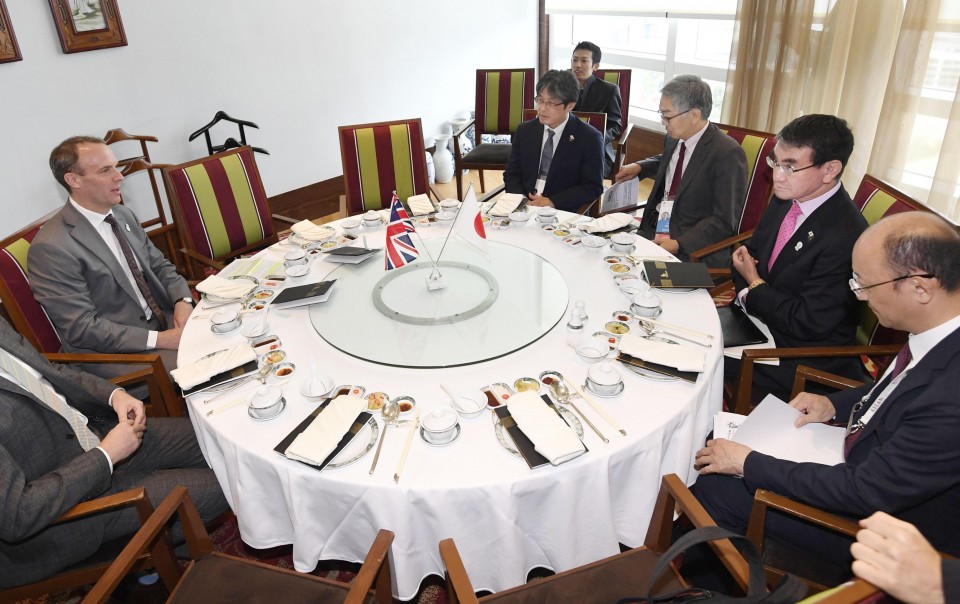 Raab, seen as a hard-line Brexiteer, assured Kono that the utmost effort will be made to address such concerns, the ministry said.

Johnson is seeking to strike a deal with the European Union by Oct. 31 but has vowed to leave the bloc "come what may" by the deadline, fanning concerns of a no-deal Brexit.

Japan to ensure stability in financial markets over Brexit: Abe

Honda says will close U.K. car plant in 2021, Brexit not to blame