Former Japan midfielder Shunsuke Nakamura vowed Tuesday to "return the favor" to Yokohama FC for showing faith in him at age 41.

The playmaker, who racked up 98 caps for the Samurai Blue between 2000 and 2010, transferred from J1 side Jubilo Iwata last week following an injury-hampered campaign in which he had made just two appearances.

Nakamura is set to make his second-division debut with Yokohama FC, who are currently ninth in J2 after narrowly missing promotion last year. 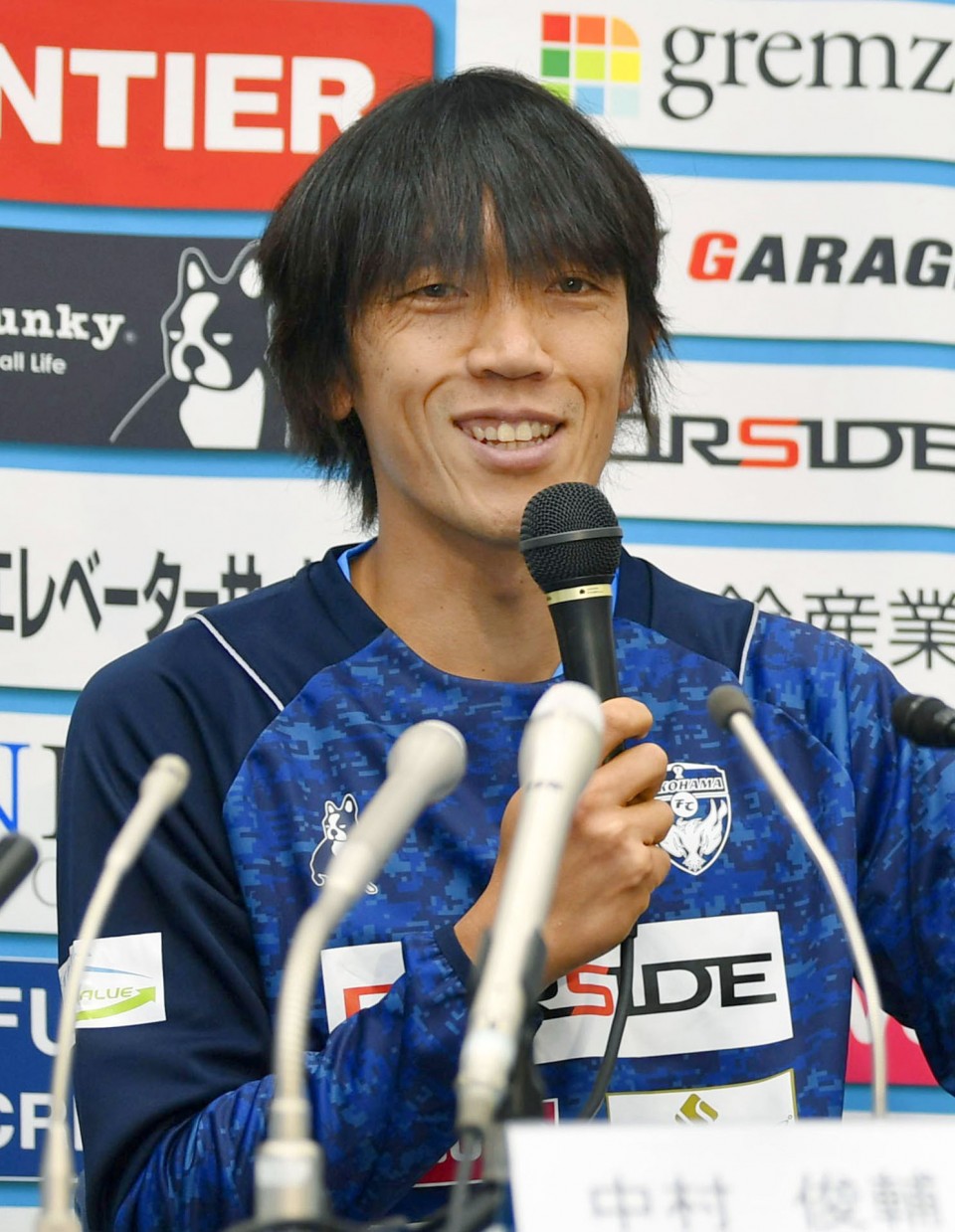 Following eight years in Europe, including four with Celtic in the Scottish Premier League, Nakamura rejoined his original club Yokohama F Marinos in 2010. He moved to Iwata in 2017 after no longer being needed by Marinos.

"Some players can make a clean break from soccer once their time at a club is finished, but others can't. Iwata came to my rescue once. This time it's the same," Nakamura said.

Renowned for his free-kick prowess, Nakamura is best known overseas for his exploits with Celtic.

He remains a revered figure at Celtic Park after helping the Hoops win three league titles and three league cups, as well as reaching the knockout stage of the UEFA Champions League.

Despite his advanced footballing age, Nakamura is not the oldest current player at Yokohama FC. That honor belongs to Kazuyoshi Miura, who at 52 is believed to be the oldest professional soccer player in the world.