A former gangster was arrested Thursday on suspicion of fatally shooting a man in Tokyo's Kabukicho entertainment district in January, police said.

Masaru Abe, 56, a former member of a group under the Sumiyoshikai crime syndicate, was wanted for alleged murder and violation of the fire arms control law in connection with the incident.

He is suspected of shooting Lee Hung Jong, 65, several times at close range in a room on the fifth floor of a karaoke establishment in the district around 6:30 p.m. on Jan. 21, the police said.

Lee, a South Korean national, was a member of a separate group under Sumiyoshikai more than 20 years ago, according to the police.

Abe has admitted to killing the man, saying, "There is no doubt that I aimed at his heart and fired several shots," the police said, adding he was found in a parking lot in the capital's Edogawa Ward around 6:30 p.m. on Thursday with a bag containing a handgun.

Kabukicho near Shinjuku Station is known for hosting a number of yakuza businesses and is also popular among foreign visitors. 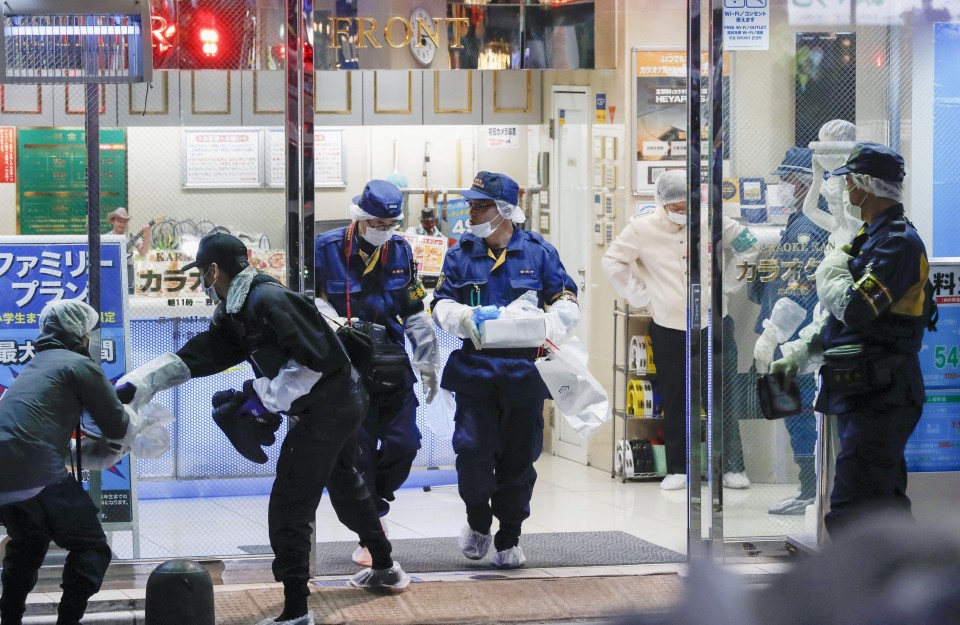