Two female novelists were selected Wednesday to receive Japan's prestigious Akutagawa and Naoki literary awards for their works, depicting a woman's stalker-like behavior toward a neighbor and a tale of a traditional Japanese puppet playwright.

Natsuko Imamura won the Akutagawa Prize for her novel "Murasaki no Sukato no Onna" (The woman in the purple skirt), while Masumi Oshima won the Naoki Prize for "Uzu Imoseyama Onna Teikin Tamamusubi" (Whirlpool, husband and wife mountains: a mirror of virtuous women, requiem), the selection committee said.

Imamura's novel depicts protagonist "I," a female hotel cleaner whose persistent observation of a female neighbor is written in a twisted humorous style in contrast to the character's behavior. 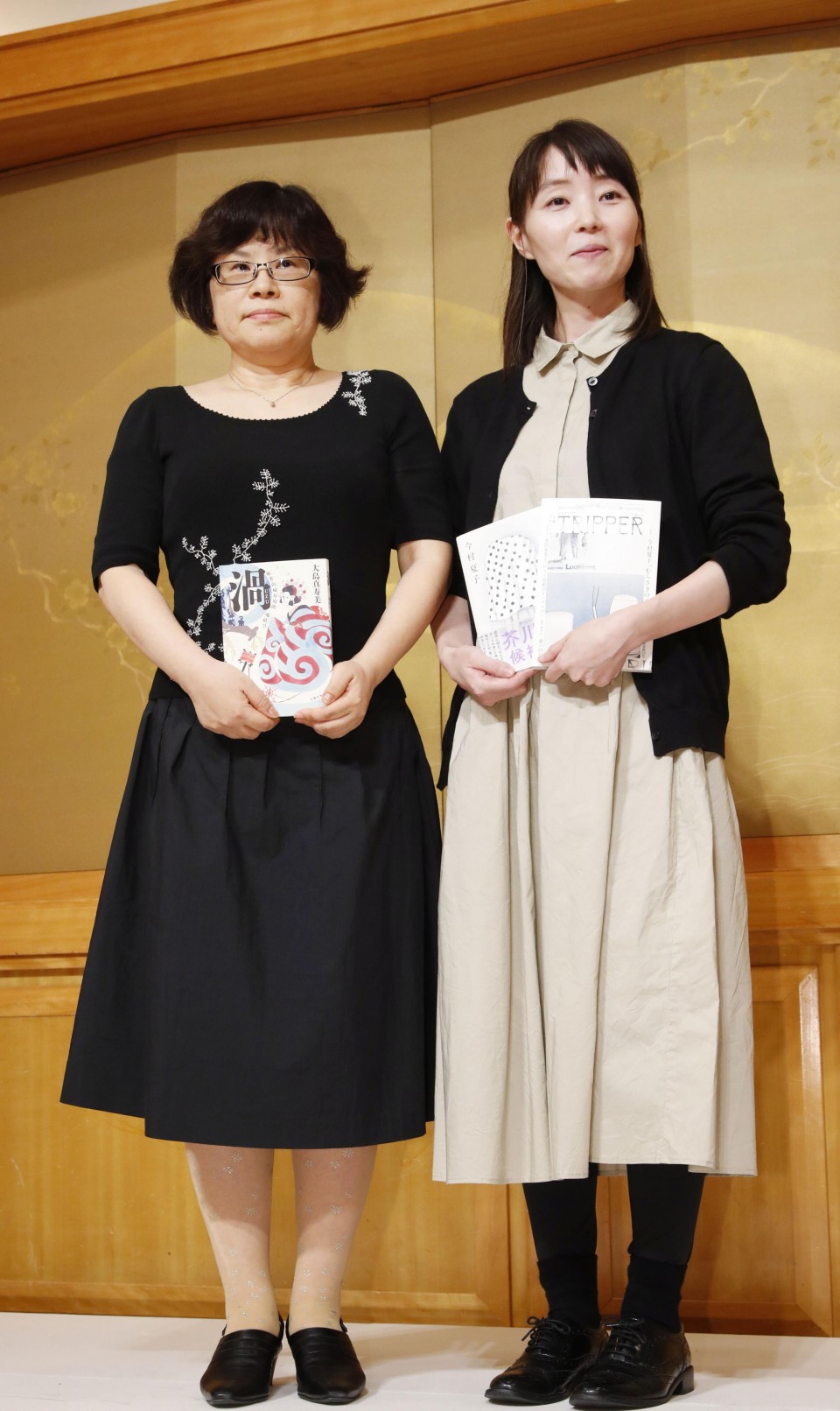 The 39-year-old author, who made her debut in 2011 and won the Mishima Yukio literary award for her first novel "Kochira Amiko" (This is Amiko), had been previously nominated for the Akutagawa award twice before.

"Having been nominated and missing (the Akutagawa Prize) twice, I didn't think I was meant to win," she said.

Masumi Oshima, 56, was also previously nominated for the Naoki Prize after debuting in 1992.

The novel is a story about the Edo Period puppet playwright Hanji Chikamatsu, who yearned to bring popularity back to the entertainment amid an increased interest in Kabuki theater.

All six nominees for the 161st Naoki award were women, a first since its establishment in 1935.

The awards will be presented at a ceremony in Tokyo in late August, with each author receiving 1 million yen ($9,239) in prize money.

The Akutagawa Prize was established in 1935 in memory of the Japanese novelist Ryunosuke Akutagawa. The Naoki Prize was named after author Sanjugo Naoki.