Fire breaks out at restaurant in Kyoto's geisha district

A fire broke out Monday at a Japanese restaurant in a popular tourist area of Kyoto, engulfing several neighboring buildings, police said.

The fire occurred at around 9:15 p.m. at a restaurant on the main street of the geisha district of Gion, where there are numerous traditional Japanese wooden merchant houses. There were no immediate reports of injuries. 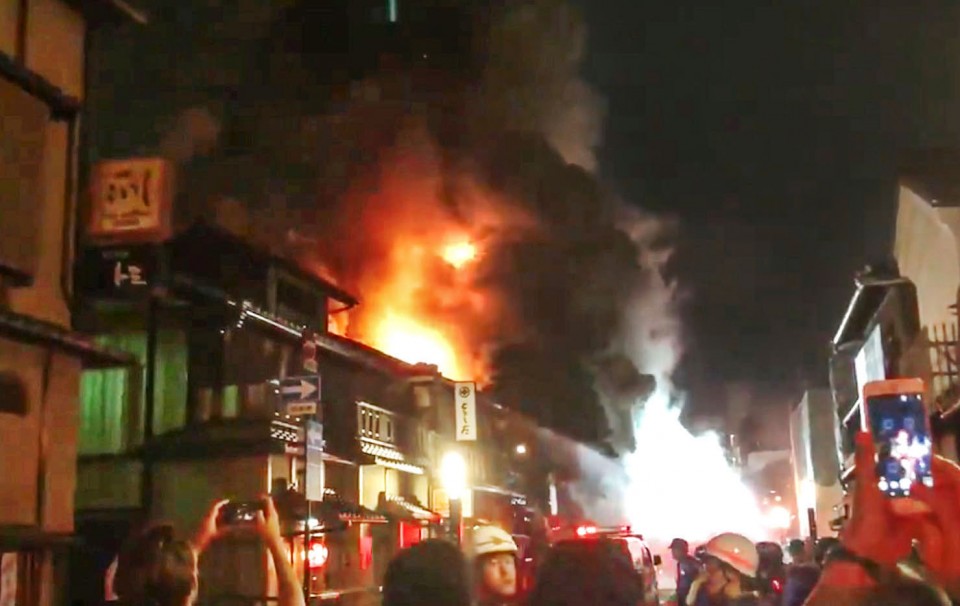 There were many foreign tourists and geisha in the district at the time. The street was temporarily closed due to the fire, which was brought under control after about three and a half hours.

A 20-year-old woman who works at a neighboring sushi restaurant said the Japanese restaurant had filled with smoke before she left the building and her eyes stung. 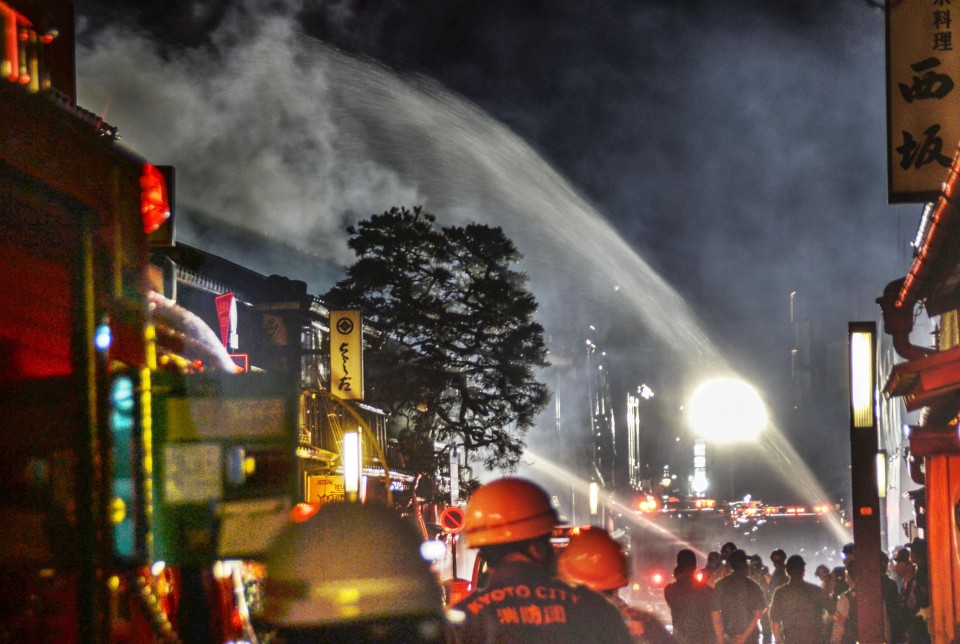