Aaron Wolf and Wakaba Tomita claimed two more medals for Japan at the Budapest Grand Prix on Sunday to wrap up the three-day meet in the Hungarian capital.

Wolf, who will attempt to win a second world championship title at this year's tournament at Tokyo's Nippon Budokan, defeated Estonian Grigori Minaskin in the men's 100-kilogram final to claim his fourth Grand Prix title and inch closer to Olympic qualification. 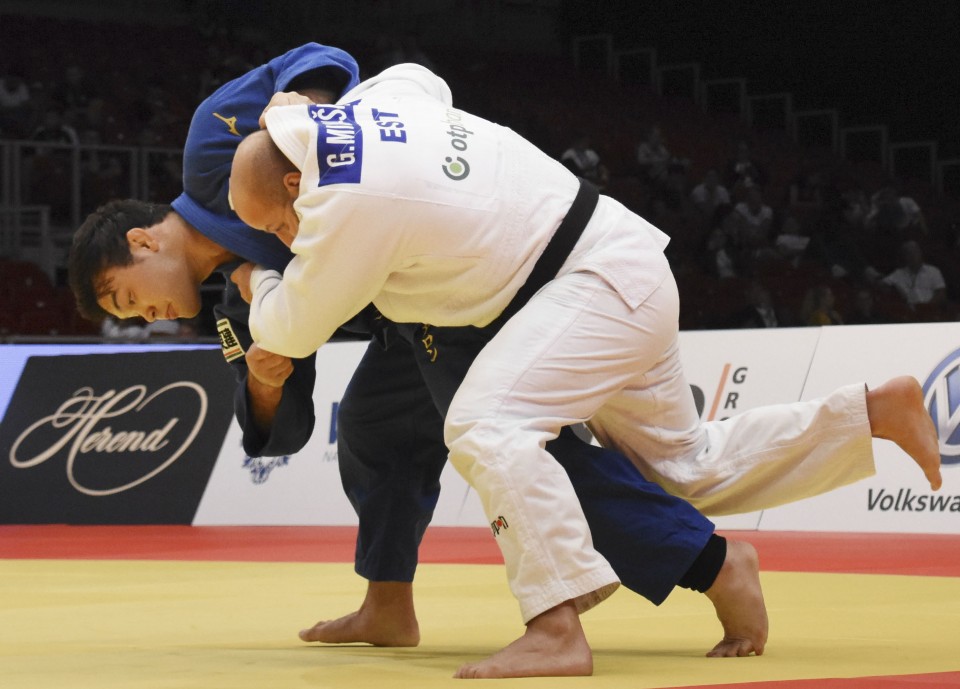 "I was able to win without any close calls," the 23-year-old of Japanese-American descent said. "I want to look at where I'm at and put the finishing touches on my form for the world championships."

In the women's over-78-kg contest, Tomita earned her first senior gold medal on the IJF circuit for defeating Nihel Cheikh Rouhou after the Tunisian was dismissed for a third penalty.

Sarah Asahina, who is aiming for a second straight world championship title, lost her bronze medal match in the same weight class and finished fifth.

Among other Japanese judoka, Shoichiro Mukai secured a silver medal in the men's 90-kg division after losing the gold-medal bout against reigning world champion Nikoloz Sherazadishvili of Spain.

Kokoro Kageura also claimed silver in the men's over-100 final against Israel's Or Sasson, while Ruika Sato finished runner-up to Brazil's Mayra Aguiar in the women's 78-kg final.