Heavy rain pounded islands in southwestern Japan as a strong typhoon headed toward the Korean Peninsula on Saturday, leading the weather agency to issue the highest-level danger alert for parts of Nagasaki Prefecture.

Landslides occurred in Tsushima Island and the Goto Islands in Nagasaki Prefecture. Two women were injured in a town on one of the Goto Islands when they fell from a roof while repairing leaks, according to local authorities. 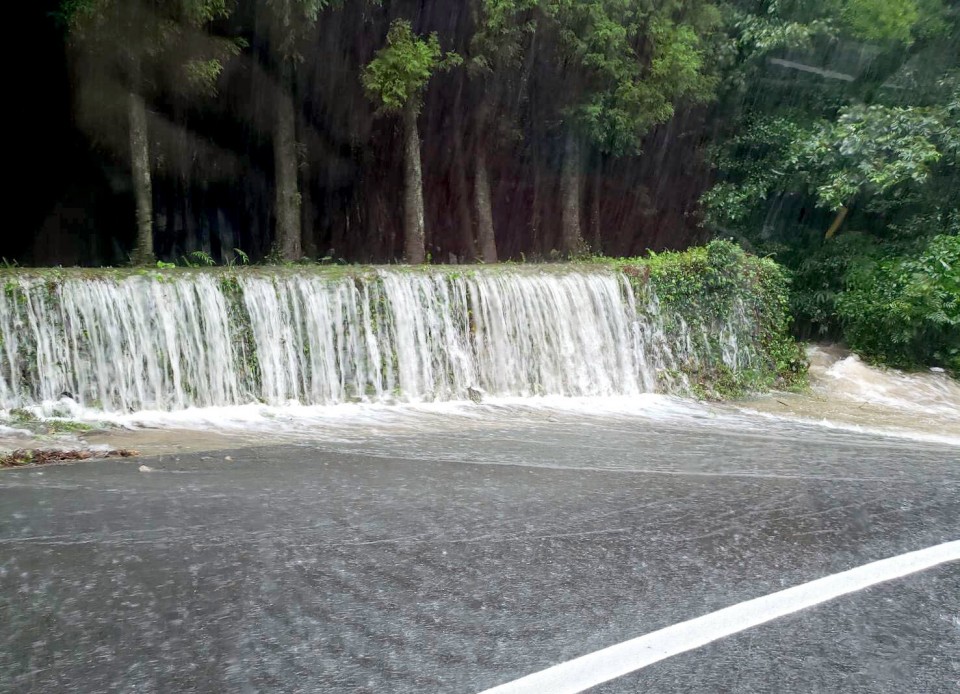 (A flooded road in Goto, Nagasaki Prefecture.)[Photo supplied by a local resident]

"We call for people to show the highest level of caution even in areas where people may not expect a disaster," a Japan Meteorological Agency official said, noting that the torrential rain accompanying Typhoon Danas may continue into the evening.

In both the cities of Tsushima and Goto, about 110 millimeters of rain was recorded falling over an hour-long period in the morning.

As of 12 p.m., Typhoon Danas was traveling north-northeast in the Yellow Sea at a speed of 15 kilometers per hour with an atmospheric pressure of 985 hectopascals at its center and packing winds of up to 126 kph, according to the agency.

The typhoon is expected to make landfall on the Korean Peninsula on Sunday and is likely to be downgraded to an extratropical cyclone later in the day. 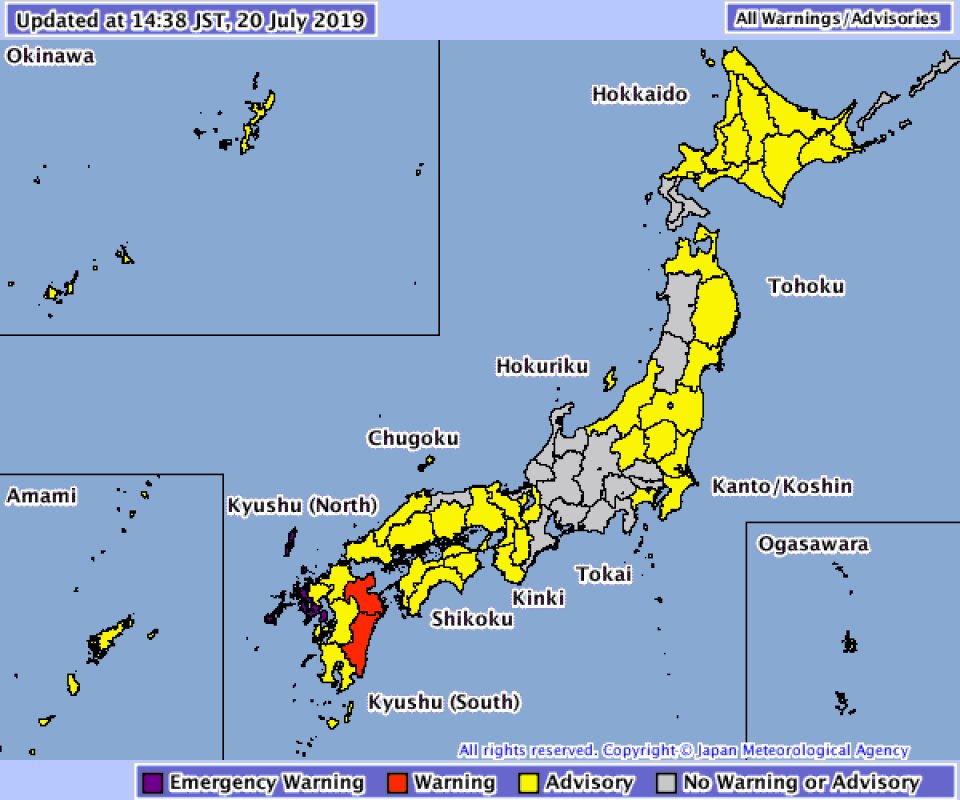 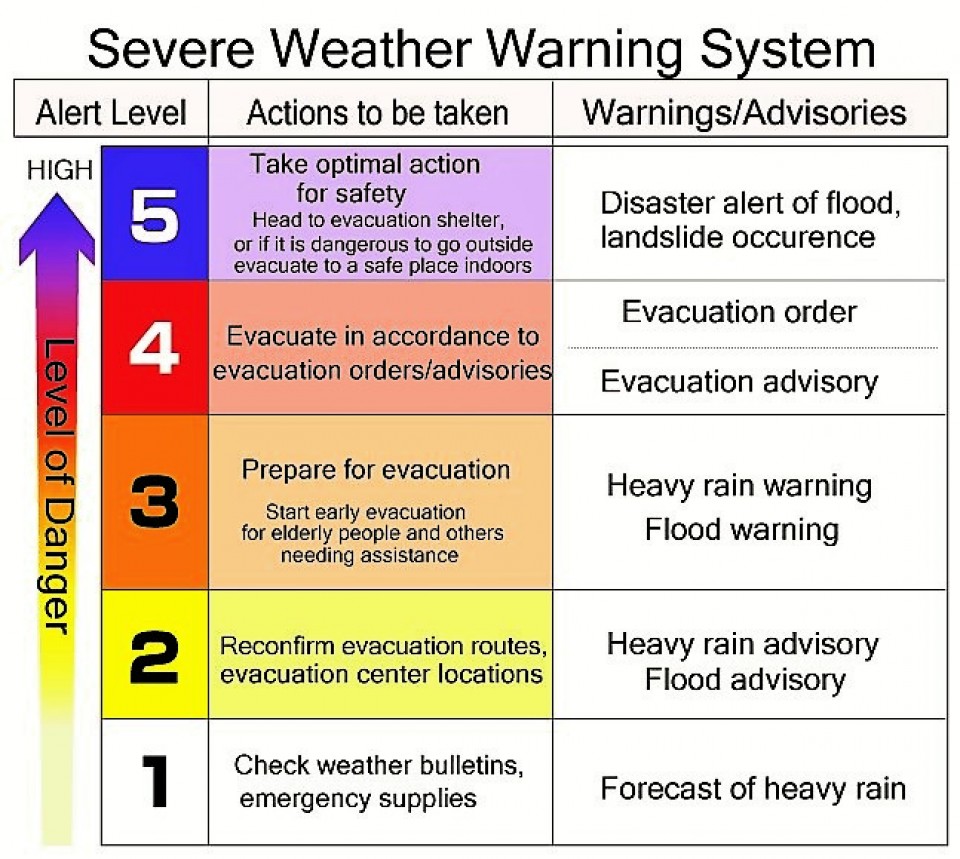