Despite a record number of women winning seats in Sunday's House of Councillors election, some female voters have cast doubt over the government's pledge to help empower women.

A total of 104 women ran in Sunday's election with 28 winning seats, matching the figure in the previous upper house election in 2016.

Sunday's election was the first nationwide contest since a law to promote women's participation in politics was enacted in May last year, urging political parties to make efforts to field an equal number of male and female candidates.

But the ratio of female candidates who won seats in the election was still low, considering Prime Minister Shinzo Abe's government has pledged to raise the proportion of women in leadership positions in society such as lawmakers, corporate managers and professors to 30 percent by 2020.

In constituencies in Akita and Ehime prefectures, the first female upper house members were elected in postwar history, according to election boards of both prefectures.

In the Tokyo constituency, three out of the six elected candidates were women.

Among them was Ayaka Shiomura, 41, a candidate of the main opposition Constitutional Democratic Party of Japan. The former Tokyo metropolitan assembly member came under the spotlight in 2014 after she was heckled by male members when she was asking questions about maternity support measures during a plenary session.

"I'd like to tackle the issues of nonregular employment and fertility treatment in the next six years," Shiomura said in a speech Monday morning in Tokyo's Setagaya Ward. 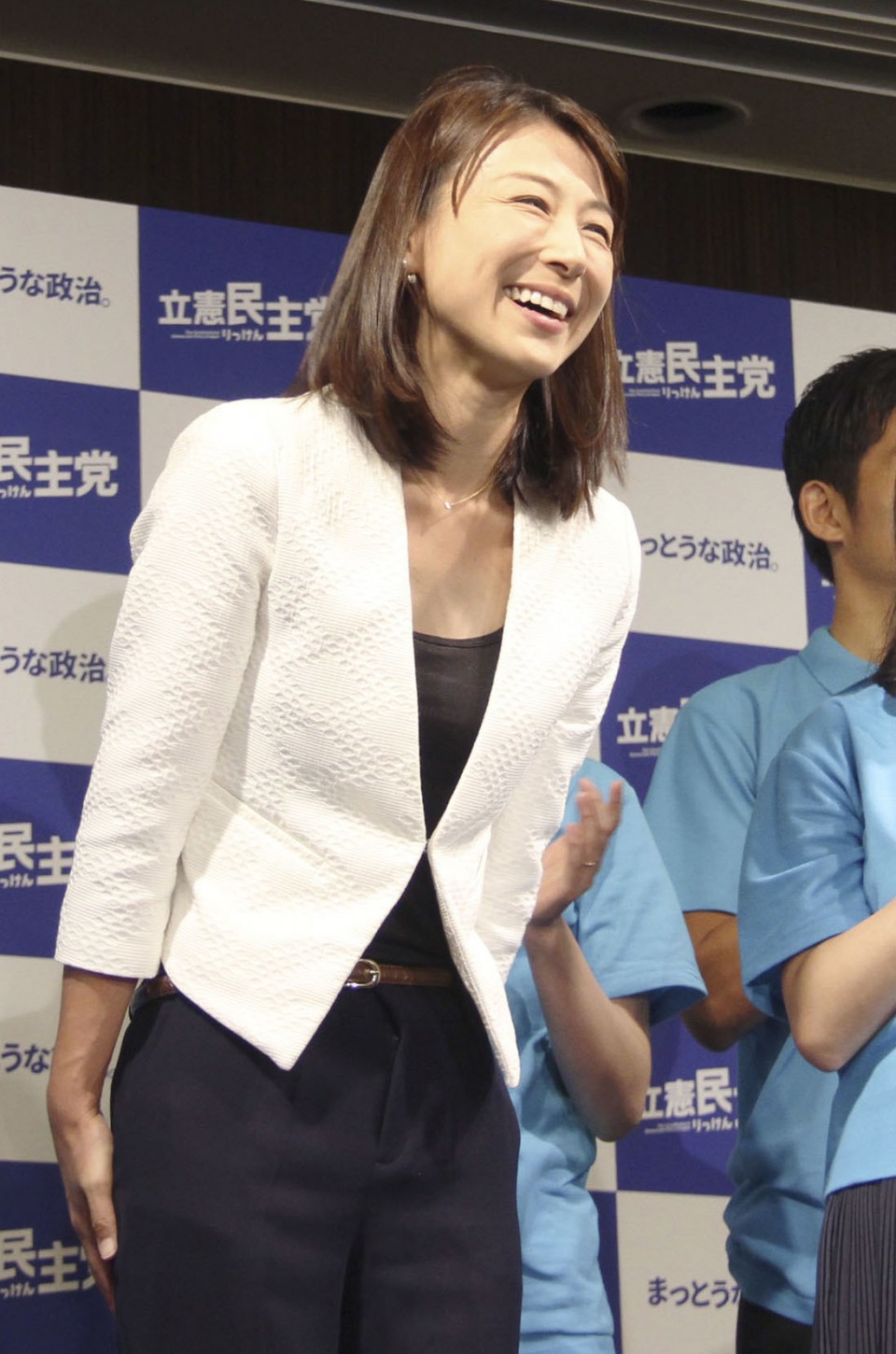 Meanwhile, some female voters expressed dissatisfaction over the government's role in addressing gender inequality such as the wage gap between men and women and whether to allow different surnames for married couples, despite female empowerment being one of the main issues of the election.

"Though there are many women who have anxiety because of unstable employment, no specific measures were shown" during the election campaign, said 46-year-old Naoko Mogi, who lives in Kawasaki near Tokyo.

"Women are treated as if they don't socially exist," said Mogi, who voted for a female candidate, hoping the candidate would have a certain understanding over issues of nonregular female workers.

Mogi worked as a dispatch worker for around 20 years, but her contract to work at a foreign bank was terminated last month and she has nothing to cover her living costs.

In Japan, women account for around 70 percent of nonregular workers, even though the number of women with jobs is close to 30 million, according to a government survey.

The annual income of 80 percent of women working as nonregular employees is less than 2 million yen ($18,500), and their salaries tend to be below those of men.

"There is a deep-rooted belief of 'the division of labor by gender' in the society where men are considered as breadwinners and women take the roles of houseworker and caregiver," Mogi said.

Although the government upholds women's empowerment, "It would end up just being a centerpiece policy without substance, unless it faces up to the reality of nonregular workers," Mogi said. "I want companies to hire more nonregular workers as regular employees."

In the upper house election, whether to allow separate surnames for married couples was also an issue.

It was good to see people speaking up and say "they actually didn't want to change their family names" when they were married, said a 45-year-old woman in Tokyo. Though she and her partner held a wedding ceremony in 2001, they remain common-law partners.

According to a government survey in 2017, 42.5 percent of respondents were in favor of allowing separate surnames for married couples, surpassing 29.3 percent against it.

Though the Justice Ministry prepared a bill in 1996 and 2010 to allow different surnames for spouses, they were not submitted to the Diet due to opposition by conservatives including the LDP, arguing it "would destroy family ties."

"Our three children use my husband's family name, but I don't feel we lack family ties," she said. But she is concerned that keeping common-law status could put her in a difficult situation when it comes to things such as inheritance.

"I cannot expect the introduction of the measure for a while under the Abe government," she said. "It seems as if the government is urging women to go on and become successful while stepping on the hem of their skirts."

The government can start by eliminating whatever obstacles women face, she said.