The rainy season in Tokyo and other areas in the Kanto-Koshin region in eastern and central Japan ended after lasting longer and bringing more precipitation than usual, the weather agency said Monday.

This year's rainy season started on June 7 in eastern, central and northeastern Japan including the Tokyo area. In the Kanto-Koshin region, it was eight days longer than average and 30 days longer than last year, the Japan Meteorological Agency said. 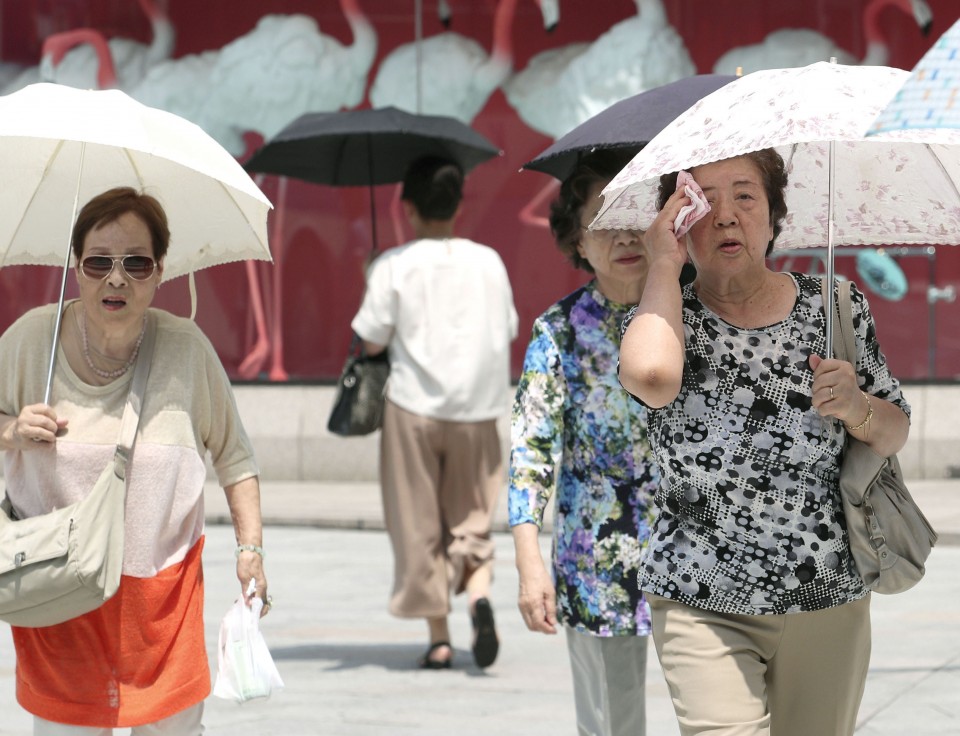 (People walk amid the scorching summer heat in Tokyo's Ginza district on July 29, 2019, as the rainy season is declared over.)

During that period, Tokyo and some other areas saw a record number of consecutive cloudy or rainy days, resulting in higher vegetable prices and poor sales of seasonal products such as summer clothing.

The Tohoku region in northeastern Japan is the only region where the early summer wet season continues. Hokkaido, the northernmost of Japan's four main islands, has no rainy season.

During the 52-day rainy season in the Kanto-Koshin region, the amount of rainfall in Choshi, east of Tokyo, reached 526 millimeters and some other cities in eastern Japan saw over 400 mm, according to preliminary data by the agency.

Tokyo saw less than three hours of sunlight per day from June 27 through July 16, according to the Japan Weather Association.

The agency said the Kanto-Koshin area is expected to see hot, sunny days for a week or so from Monday. On Monday morning, the temperature has reached 35 C in Daigo in Ibaraki Prefecture northeast of Tokyo. In central Tokyo, the mercury topped 30 C.