Japan to launch rocket with cargo vessel to space station in Sept.

Japan will launch a rocket to the International Space Station in September containing an unmanned cargo transporter, the country's space agency said Monday.

The HTV8, also called Kounotori8, meaning white stork in Japanese, will deliver about 5.4 tons of supplies to the astronauts aboard, including food and water, as well as batteries and devices needed for experiments, the agency said. 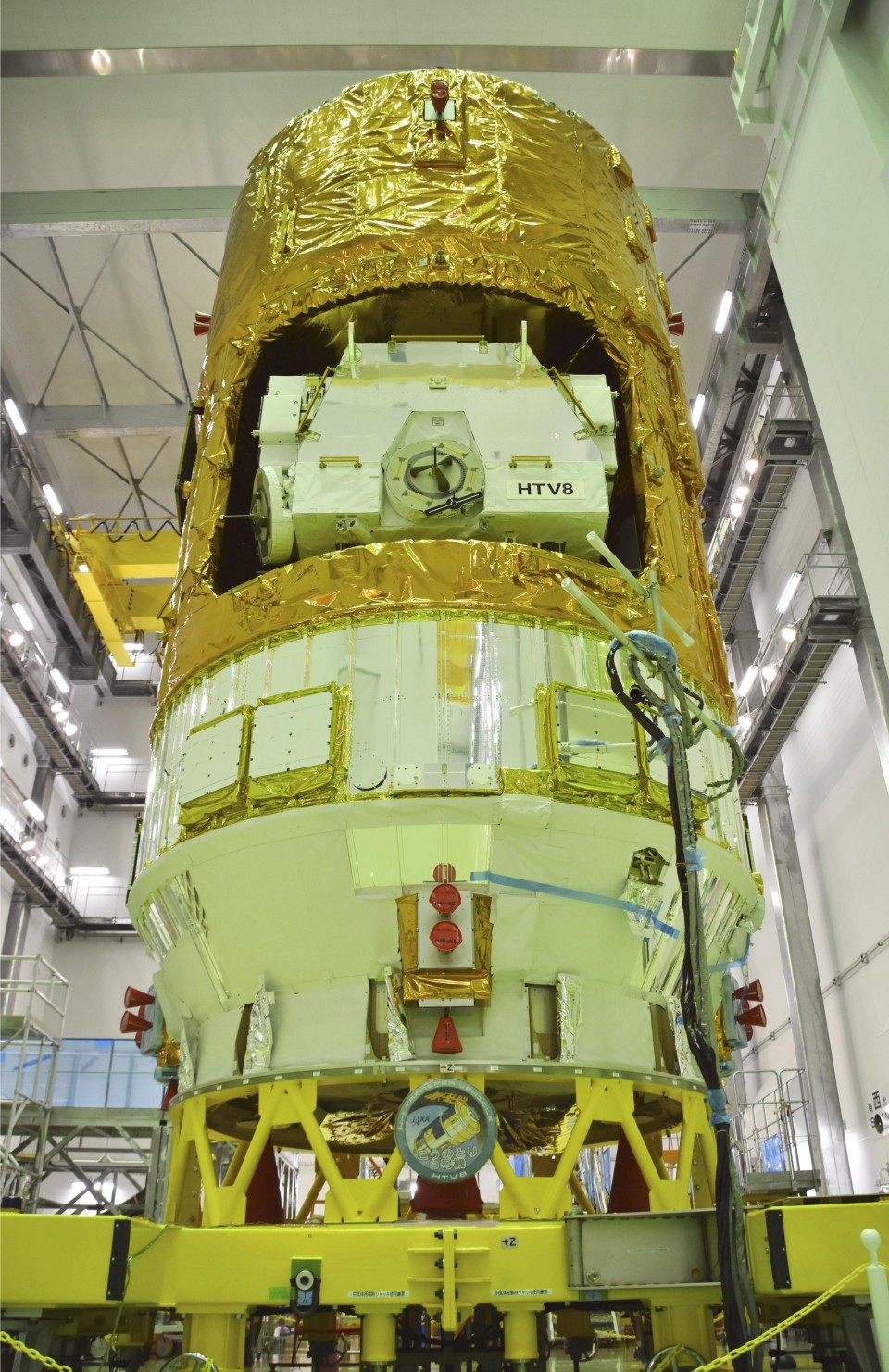 The Japan Aerospace Exploration Agency said the H-2B rocket will be launched on Sept. 11 from the Tanegashima Space Center in the country's southwestern prefecture of Kagoshima.

The cylindrical cargo transporter, measuring about 10 meters long and 4.4 meters in diameter, will also carry an optical communication system that is said to be useful when exploring the moon and Mars to Japan's experiment module at the ISS named Kibo, according to the agency.

Kounotori8 is equipped with some new devices to be used for the HTV-X, a spacecraft under development as its successor.