A group of top lawyers in Japan called on the government and parliament on Thursday to legalize same-sex marriage by revising relevant laws.

The current legal system "infringes upon the freedom of marriage and violates the Constitution, which states all people are equal under the law," the Japan Federation of Bar Associations said in a first-of-its-kind statement released regarding the matter. 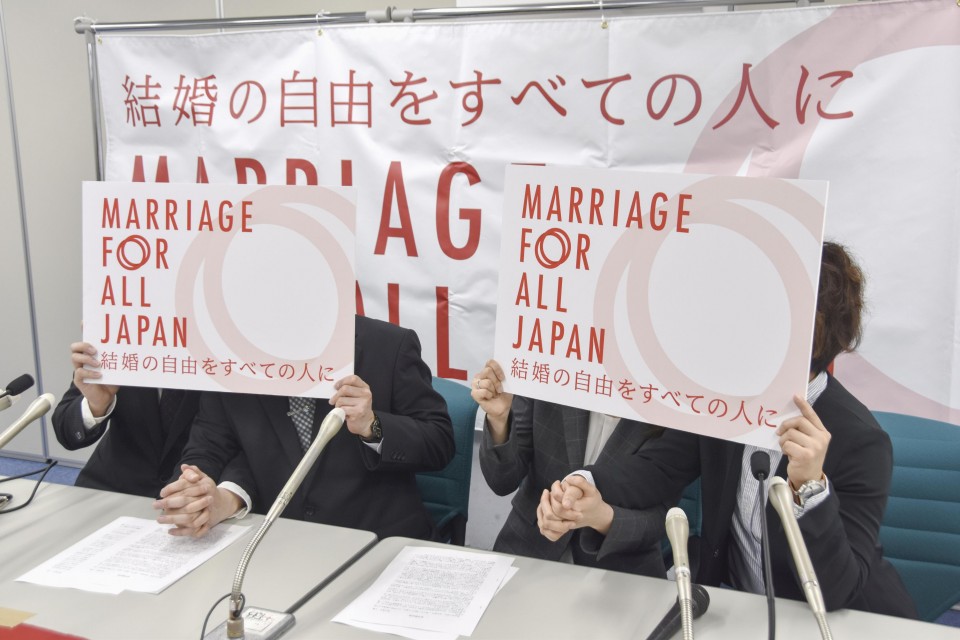 (LGBT couples hold message boards after their first hearing at the Sapporo District Court in Japan's Hokkaido on April 15, 2019, on equality for same-sex marriages.)

All individuals are granted the freedom to decide whether they marry as well as who and when they wed under the Constitution of Japan, and the exclusion of same-sex unions runs contrary to the principle of human equality, the statement said.

Article 24 of the Constitution states marriage "shall be based only on the mutual consent of both sexes." The federation says the notion of same sex marriage was beyond the scope of assumption at the time of enactment.

The federation released the statement after it received a human rights complaint from 455 gay individuals and others from across the country in 2015.

Following the statement's release, Akiyoshi Tanaka, 41, from Kagawa Prefecture, held a press conference together with his same-sex partner, Yuki Kawata, 34, and said he hoped that more people would become aware of the matter.

The realization of same-sex marriage was a talking point during campaigning for Sunday's upper house elections, Tanaka said.

"Now is the time to renew the system of matrimony in accordance with the times," he said.