Japan's four-time Olympic wrestling champion Kaori Icho was defeated at the national invitational championships on Sunday and will have to prevail in a playoff in July to secure a spot at this year's world championships, which double as a qualifier for the 2020 Tokyo Olympics.

Icho, who is aiming for a fifth straight Olympic title, lost to 2016 Rio de Janeiro gold medalist Risako Kawai in the women's 57-kilogram final at Tokyo's Komazawa Gymnasium. The contest on July 6 will give Icho a final chance to qualify for the Sept. 14-22 world championships in Kazakhstan. 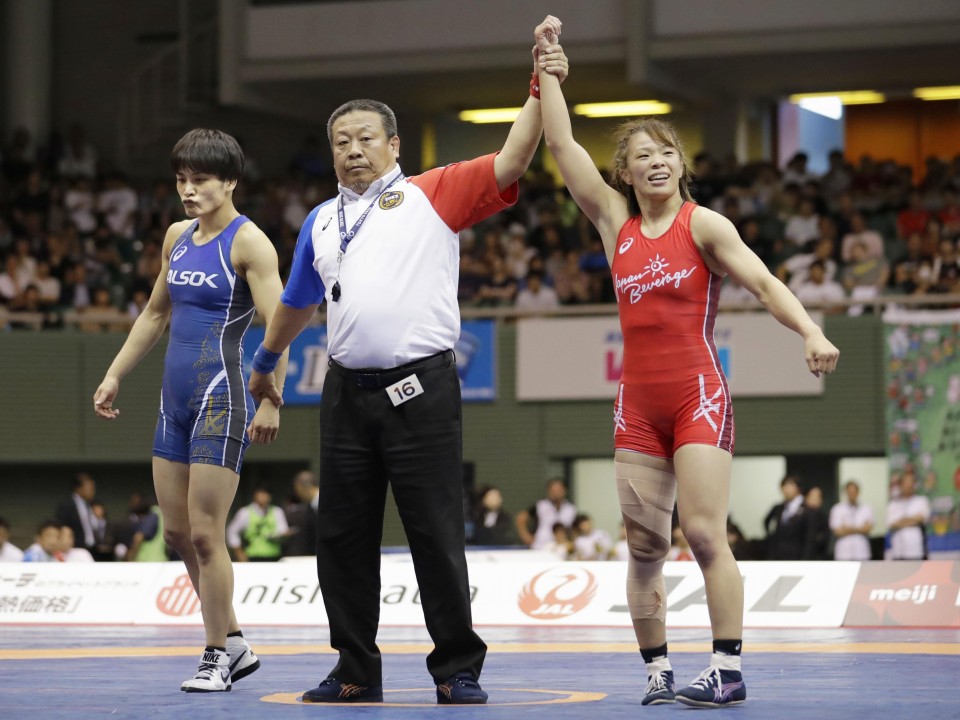 The Japan Wrestling Federation has set winning medals at the world championships as a criterion for 2020 Games selection. Icho had beaten Kawai at the national championships final in December and would have secured a berth at the worlds had she won on Sunday.

"I want to win well in the playoff," Icho said. "After I reflect on today's match, I want to make some adjustments and get in good shape."

Icho, a 10-time world champion, returned to competition last October following a two-year break during which a harassment scandal involving a national team coach came to light. She won a bronze medal at the Asian Championships in April, her first international appearance since the 2016 Summer Games.