Japanese sprinter Abdul Hakim Sani Brown set a national record with a time of 9.97 seconds in the men's 100 meters at the NCAA Division I outdoor athletics championships on Friday.

The 20-year-old Sani Brown, who finished third in the event at the University of Texas, trimmed 0.01 second from the previous mark set by Yoshihide Kiryu in September 2017. The tailwind inside the stadium was 0.8 meter per second. 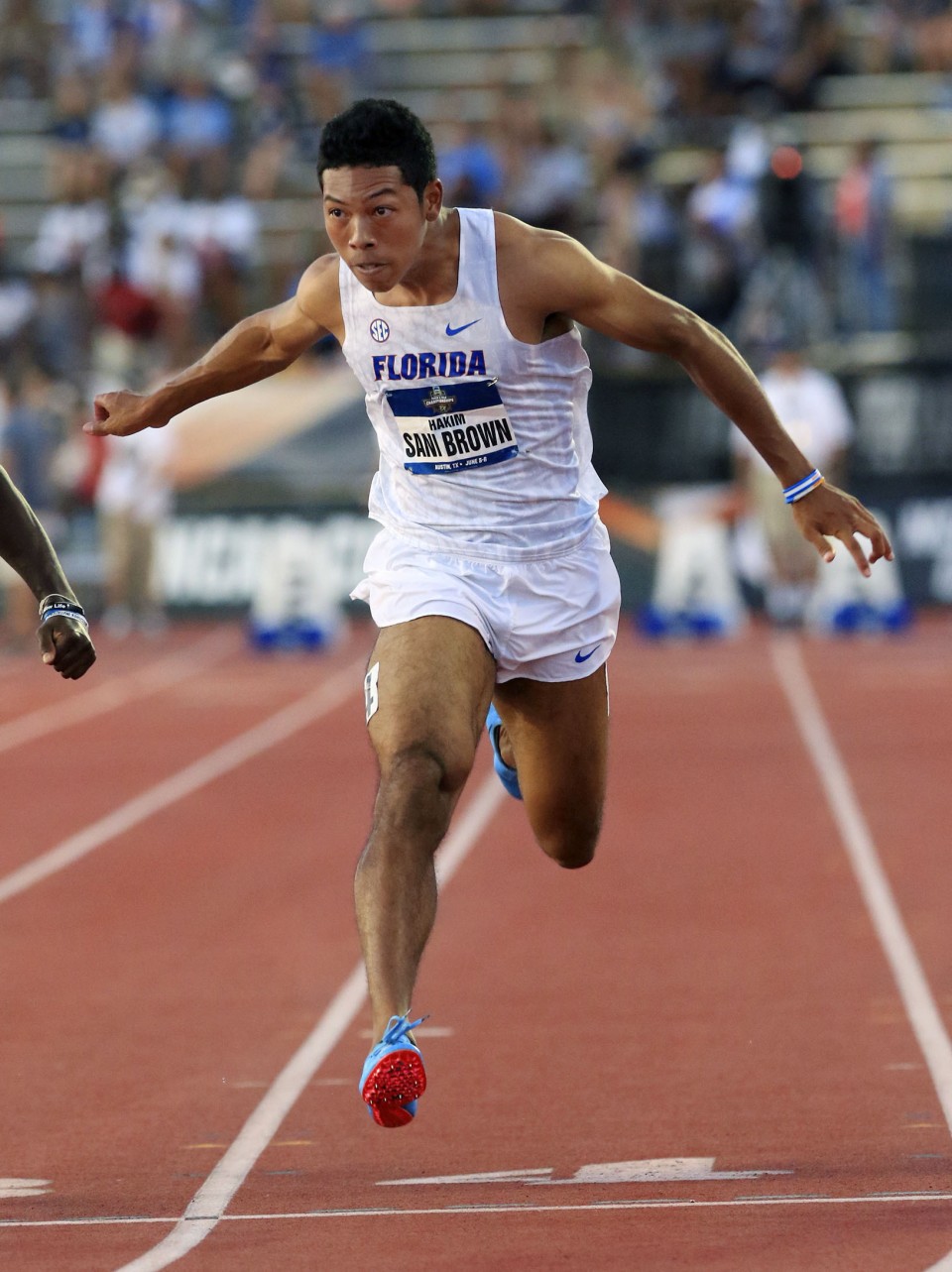 "I'm glad I posted my (personal) best by being mentally prepared, since I was competing over many races in a row," Sani Brown said. "It was a high-level race, so it was a lot of fun."

Sani Brown, who competes for the University of Florida, clocked a personal best 9.99 in May and became the first Japanese to break the 10-second barrier twice. His 9.97-second record is tied for 102nd in the world, according to the International Association of Athletics Federations.

The world record is owned by Usain Bolt, who ran 9.58 at the 2009 world championships. The Asian record of 9.91 is shared by Qatar's Femi Ogunode and China's Su Bingtian.

Sani Brown finished the NCAA championships behind Divine Oduduru of Texas Tech, who crossed in 9.86 seconds, and Cravon Gillespie of the University of Oregon, who ran 9.93.

While he gave up the lead from the start, the 1.88-meter tall Sani Brown made his move at the halfway point en route to writing his name in Japan's record books.

He also finished third in the 200 meters, while rewriting his personal best by 0.05 second. Earlier in the day, he contributed to his university team winning the 4x100 relay with a season-best time.

He advanced to the 100 final with a wind-assisted 9.96-second run in the preliminaries on Wednesday. The time was not recognized because of a 2.4-meter per second tailwind. Times in races with tailwinds of 2 meters per second or more are not official. 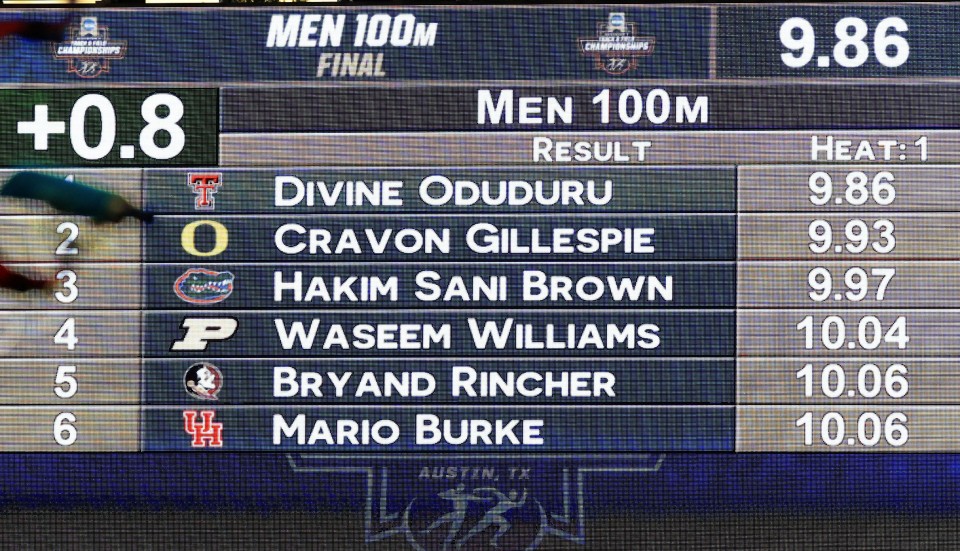 Born to a Ghanaian father and Japanese mother, Sani Brown is a hopeful to appear at the 2020 Tokyo Olympics. An injury kept him out of the 2016 Rio de Janeiro Olympics, where Japan won the silver medal in the men's 4x100 relay.

Sani Brown, who took up athletics in elementary school, swept the 100 and 200 at the 2015 world youth championships while he was in high school, breaking Bolt's 12-year-old meet record in the latter event. He went on to make his world championship debut that year.

He entered the University of Florida in the autumn of 2017, the same year he won the two events at the Japanese nationals. 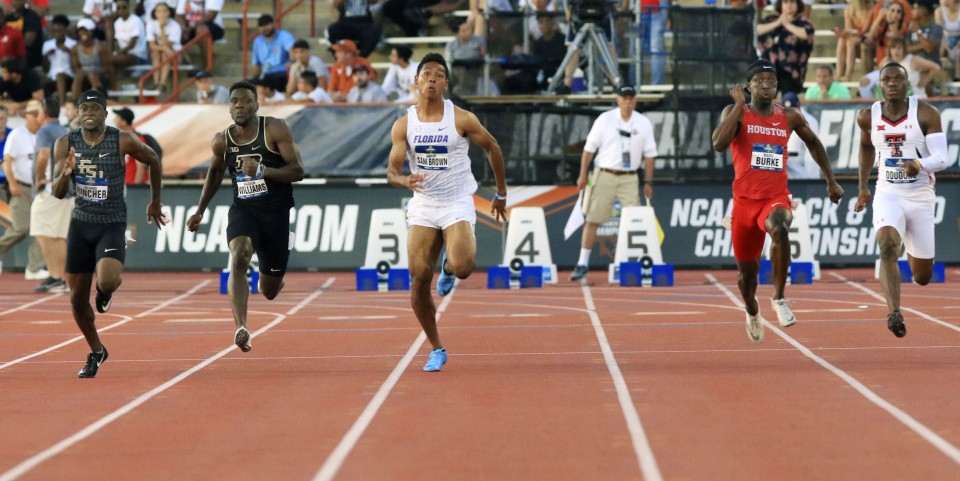