The Sunwolves fell to their 13th loss of the Super Rugby season Saturday as they went down 31-18 to the Stormers at Cape Town's Newlands stadium.

Two tries from Semisi Masirewa, a cameo performance from Akihito Yamada and a hard-working effort from Shuhei Matsuhashi aside, it was another case of "what if" from an indisciplined Sunwolves who were once again guilty of not turning pressure into points.

Scott Hansen's side finished the game having had 58 percent of possession but they were still outscored four tries to two, in part because they conceded 12 penalties to just three by the Stormers.

The visitors got off to a good start and they were rewarded for their efforts with a penalty from Hayden Parker in the 11th minute. 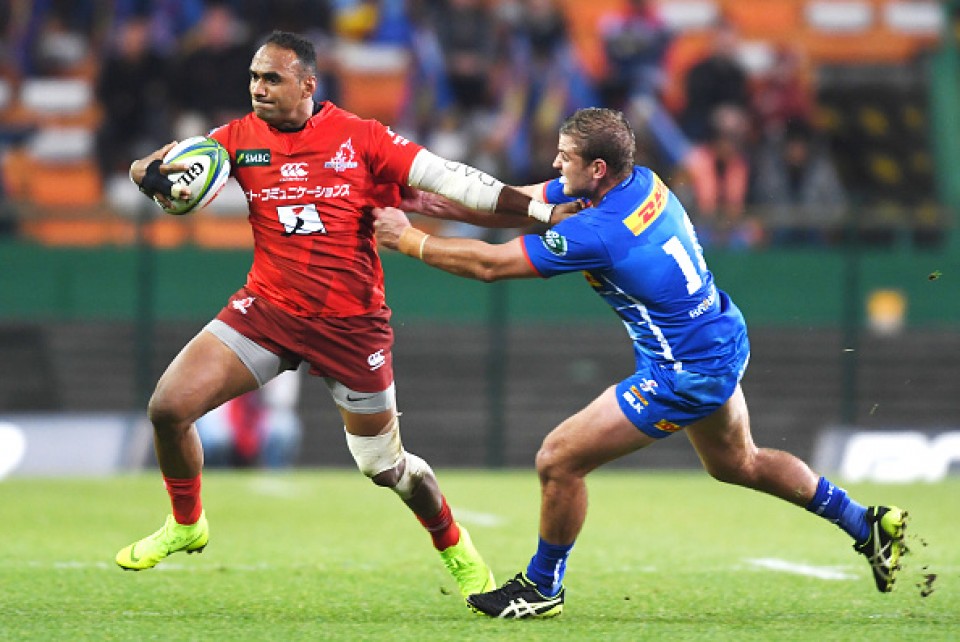 But the lead did not last long as Bongi Mbonami powered over following a good driving maul by the Stormers pack.

Both sides then struggled to exert their authority on the game as the defense took the upper hand, but it was the Stormers who increased their lead in the 29th minute.

Dan Kriel stole the ball all too easily from Josh Timu in a tackle and Craig Barry finished things off 60 meters downfield to make it 14-3.

A second penalty from Parker closed the gap but having had the edge in both possession and territory, the visitors would have been disappointed to turn around eight points adrift.

Sunwolves assistant coach Marty Veale said at halftime the team needed to continue with their kicking game and then finish things off when they got into the Stormers half.

But with both sides guilty of making mistakes, there was no further scoring until the 53rd minute when Jaco Coetzee went over for the hosts against the run-of-play after the Sunwolves were once again guilty of turning the ball over.

Nine minutes later, the visitors showed what they can do when they hold onto the ball and put some phases together as Masirewa made the most of a good offload from Yamada to score his ninth try of the season.

But with their scrum being marched backward on a regular basis, the Sunwolves continued to give penalties away and Joshua Stander bisected the posts in the 65th minute to put 11 points between the two sides.

Coetzee's second try in the 73rd minute looked to have given the Stormers a much-needed bonus point as they enter the final weekend of the regular season still in the hunt for the playoffs via a wild card.

But Masirewa had other ideas as he finished off some good work from both forwards and backs to go over in the corner to make it 10 tries for the season, a personal milestone amid a disappointing year for the team.

The Sunwolves' season comes to a close next Friday in Argentina when they take on the Jaguares, whose 34-7 defeat of the Sharks saw them clinch the South African Conference and book a spot in the playoffs.

The Crusaders and Hurricanes -- winners and runners-up in the New Zealand Conference, respectively -- and Australian Conference champions the Brumbies have also advanced to the playoffs, with four wild cards to be determined on the final weekend.