Leaders from the Group of 20 economies gathering in Osaka began engaging in a flurry of diplomacy on Thursday, a day before Japan hosts what could be a difficult summit amid an escalating U.S.-China trade war.

To lay the groundwork for a successful two-day summit to tackle pressing global challenges, Prime Minister Shinzo Abe, who is hoping to emphasize G-20 unity rather than divisions, held a series of bilateral meetings with his counterparts, including Chinese President Xi Jinping and Indian Prime Minister Narendra Modi.

The summit comes as the world grapples with trade friction, rising tensions in the Middle East and global warming. The relevance of the G-20, set up to ensure policy coordination in times of crisis, has been increasingly in the spotlight.

For his part, Abe wants the G-20, accounting for about 80 percent of the world's economy, to promote free trade and realize sustainable economic growth through the use of digital data and innovation. 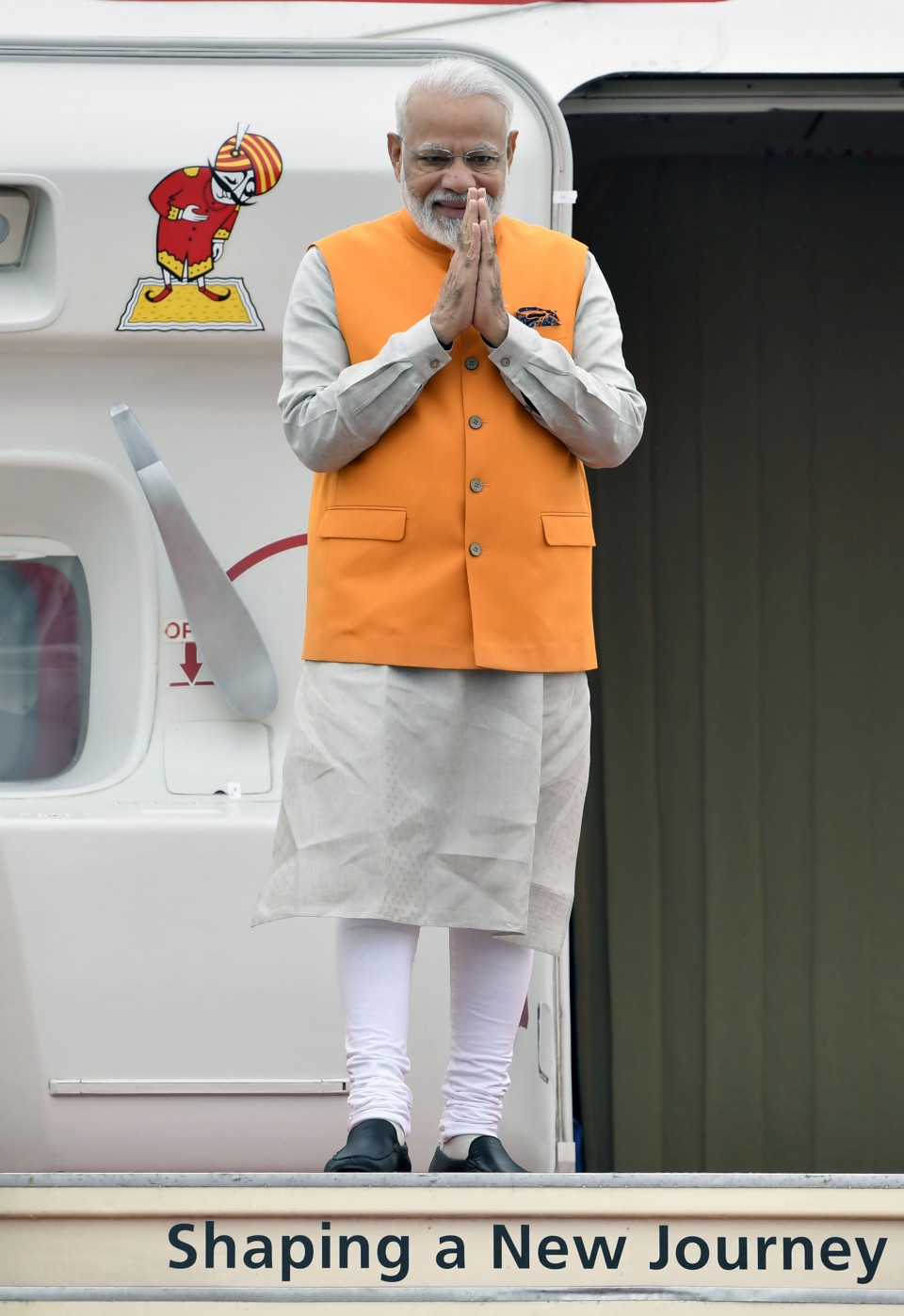 "I'll work to make sure that the G-20 can send out a strong message," Abe told reporters before leaving Tokyo.

Trade is a hot-button issue for the G-20 as U.S. President Donald Trump has been taking steps to protect domestic industry by imposing higher tariffs.

Tusk told Abe during the meeting that the upcoming summit will be a difficult one amid differing views on such issues as trade and climate change, according to a senior Japanese government official.

The G-20 framework has been shaken as Trump pushes his "America First" agenda and prefers bilateral deals. Months of tit-for-tat tariff hikes between Washington and Beijing have rattled financial markets and raised global economic concerns. 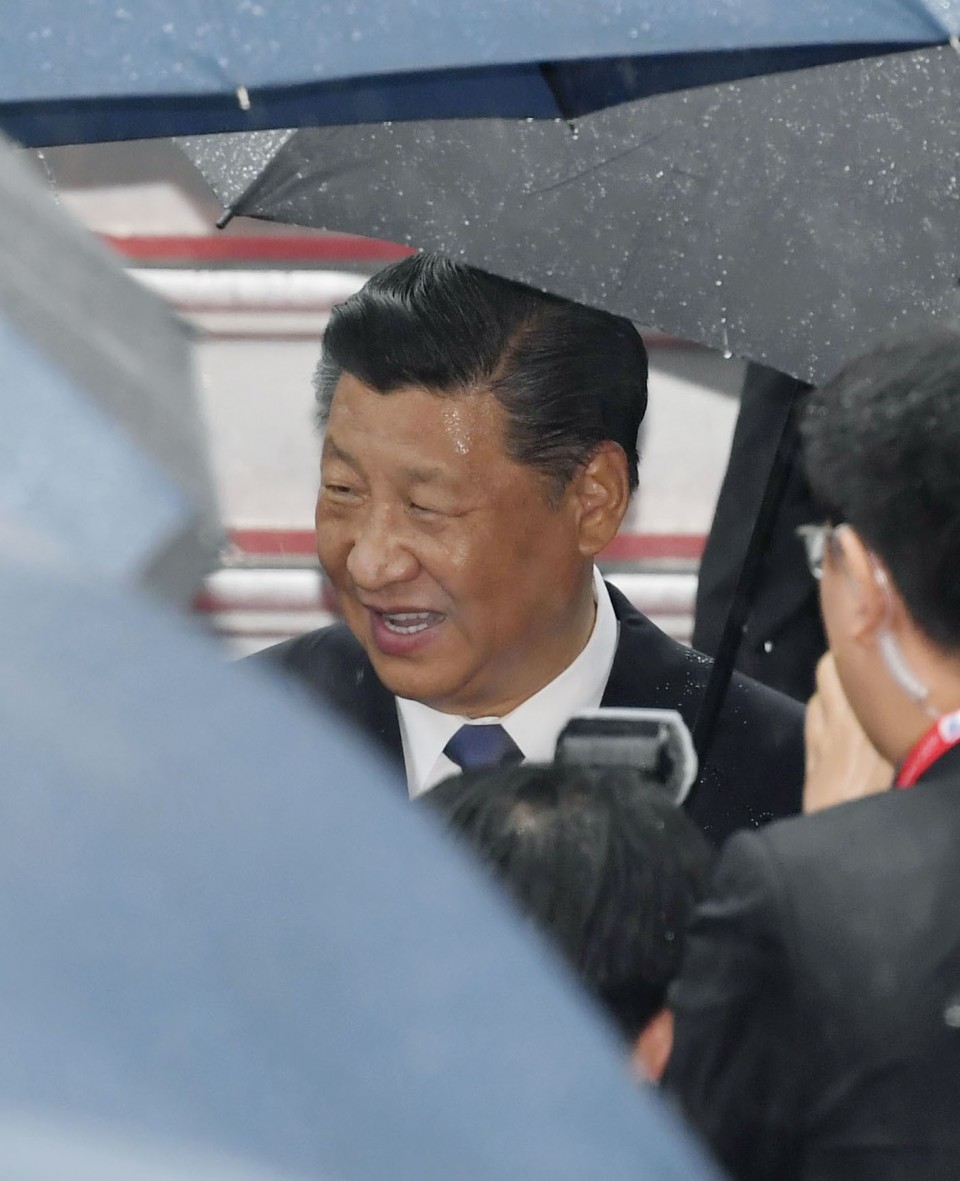 While the United States has shied away from multilateral frameworks such as the Trans-Pacific Partnership agreement, Japan and the European Union have stepped up efforts to promote free trade by signing an economic partnership agreement.

On Thursday, security was tight around the summit venue and hotels to be used by foreign leaders and delegates.

Traffic restrictions are in place, and around 32,000 police officers are expected to be mobilized, with all public elementary, junior high and high schools closed in the western Japan city. 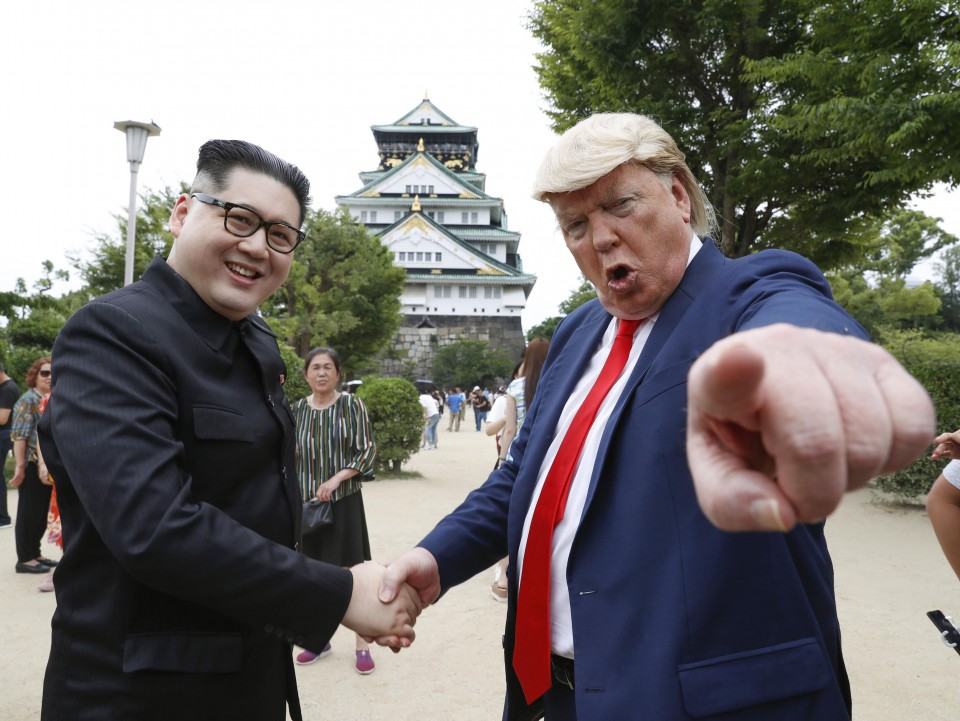 Trump got off Air Force One as rain fell in Osaka and was greeted by Japanese Foreign Minister Taro Kono.

Trump's trip comes about a month after Japan received him as a state guest and Abe showcased the strength of the two countries' alliance. Ahead of this visit, however, the U.S. president questioned the fairness of that long-standing alliance in a Fox TV interview.

Xi, visiting Japan for the first time since assuming his post in 2013, is scheduled to hold a much-hyped meeting with Trump on the G-20 sidelines. Before that, Xi also held talks with South Korea's Moon. 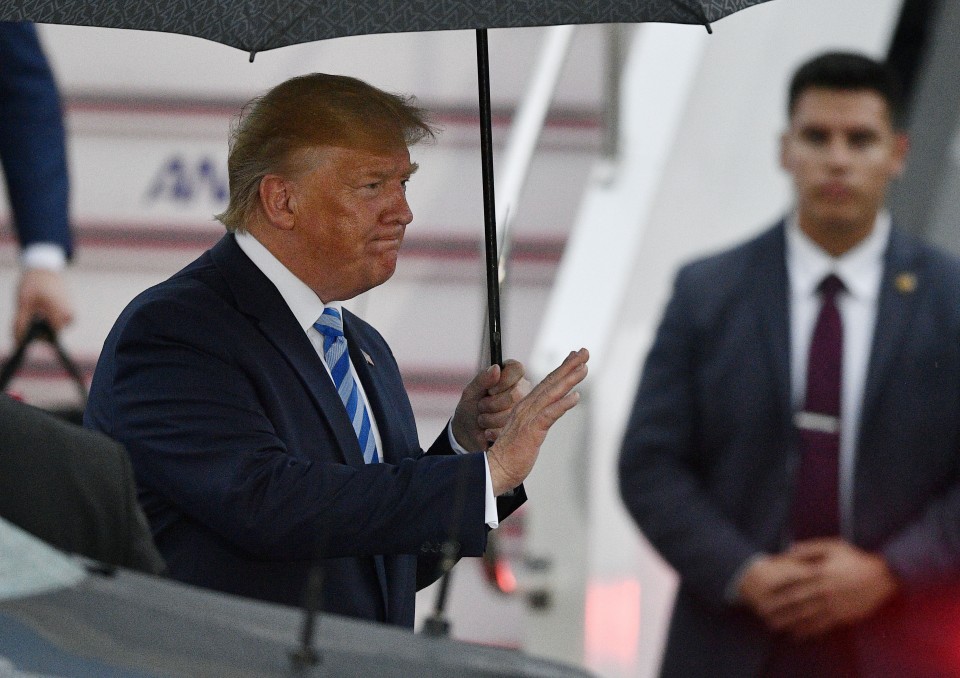