U.K. hopes to build on EU-Japan deal after Brexit: Fox

The United Kingdom hopes to agree a wide-ranging trade deal with Japan after it has left the European Union, with increased cooperation on digital services, according to International Trade Secretary Liam Fox.

Speaking to Kyodo News in London ahead of the Group of 20 ministerial meeting on trade and digital economy in Japan on the weekend, Fox said preliminary discussions on a future trade deal had been "very constructive," with both countries having "similar views" on trading priorities.

"We decided we would not do a straightforward replication of the EPA (the economic partnership agreement between Japan and the European Union) but use it as a basis where we can improve it and be free of some of its restrictions," he said.

Fox cited removing obstacles to digital services as a potential area for cooperation in a new trading relationship.

He enthusiastically reaffirmed the United Kingdom's interest in joining the Comprehensive and Progressive Agreement for Trans-Pacific Partnership, also known as the TPP11.

Fox described the deal, which includes Japan, Australia and Malaysia, as an "important liberalization of the global economy" in a region which is predicted to grow faster than the European Union. And he noted that if the United Kingdom did join this trading bloc then it would be roughly equivalent in economic terms to a reduced European Union of 27 member states. 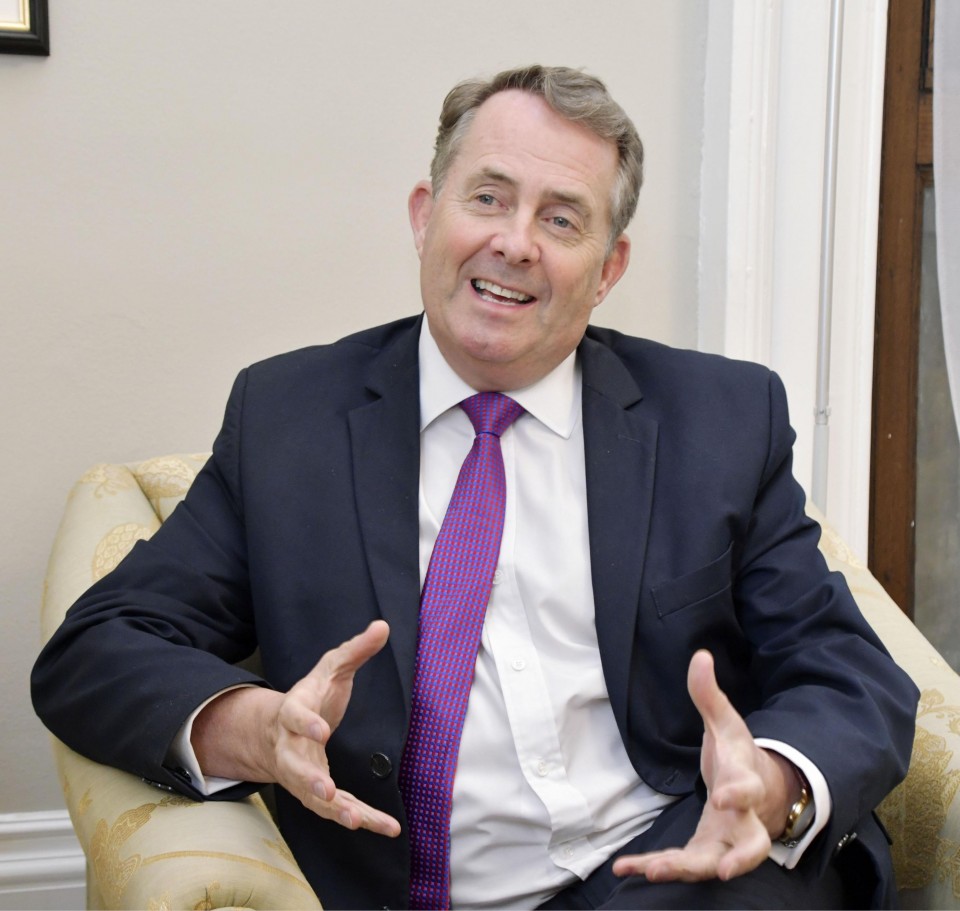 Speaking about the stalled Brexit negotiations, he said it is important that the new prime minister, due to be chosen toward the end of July, works hard to convince Brussels that both sides need a deal.

"I think the challenge facing the new leader is to get the message across to Brussels in the next few months with equal strength that we want there to be a deal but we are willing to leave without one, if we can't reach one.

"I very much hope we will leave with a deal. I think it's the least disruptive way of doing so but of course we have had extra time to prepare for no-deal," he said.

Fox said that in his discussions with G-20 colleagues he will be reinforcing the need for a rules-based global trading system as well as pushing for reforms of the World Trade Organization in order to cope with new challenges, particularly greater liberalization on services.

He said this approach was needed more than ever given the "gathering headwinds" on global trade and the U.S.-China trade dispute.

"The question is how do we open up the global economy and deal with areas like e-commerce and better manage trade and development," he said.

"The U.K. and Japan have a huge overlap of views. We share a similar type of economy in which we are both big services exporters and we share a similar analysis of where the global system needs to go right across the whole digital space, the rules-based system and in terms of trade blocs," he said.