A month before the Group of 20 summit in Osaka in late June, 24 young women from around the world gathered in Tokyo for a summit of their own.

Between them, these 18-to-23-year olds represented all the G-20 countries as well as other groups, including the European and African unions, Pakistan, Middle East/North Africa and indigenous peoples.

Participants in the 10th annual summit of G(irls)20, they were aiming to get the leaders of the world's major economies to commit to achieving gender equality. Following a week of workshops and debate, they submitted a communique on May 30 to Ambassador Koji Tomita, Japan's G-20 sherpa, highlighting policies to promote young women's economic inclusion.

"Don't be scared of differences," Irene Evbade-dan, the Japan delegate, told Kyodo News in an interview. That is the message she wished to convey to the G-20 leaders.

"It's not scary to include diversity. Stop trying your best to make everyone look the same. That's not possible anymore. And don't be scared of change."

Among the G-20 leaders, there are only two women expected to participate in the June 28-29 summit -- German Chancellor Angela Merkel and Britain Prime Minister Theresa May.

G(irls)20, which organized the young women's summit, is a registered charitable organization based in Canada that provides leadership training and cultivates young female leaders around the world.

According to CEO Heather Barnabe, although diversity and inclusion are being discussed, "one group that we don't often think of immediately is young women."

"It's young women and girls who are the most impacted by the decisions that are made in leadership spaces," she said, adding, "We believe very strongly that if we want to see change in this world, it needs to be with young women, particularly women of color centered in that decision making."

Evbade-dan, a 23-year-old graduate student of environmental governance in Germany, grew up with two younger brothers in the central Japanese prefecture of Gifu, born to a Nigerian father and Japanese mother.

As the only conspicuously multiethnic girl in her hometown, she has felt "oppressed" at times for being different and has shouldered a kind of "burden" of being a child of African descent, she said.

"I usually had to represent not just Nigeria but also the entire Africa or like the entire black community, because people often expect me to know everything, and so, growing up it was tough." 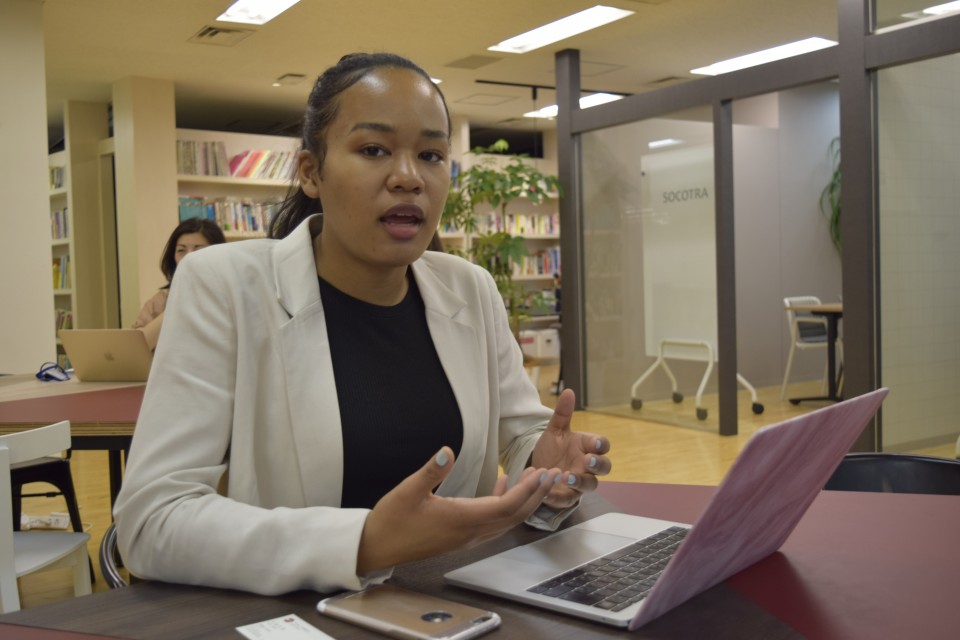 From the ages of about 10 to 19, Evbade-dan tried to blend into Japanese society by avoiding a suntan and straightening her hair. Rules at the schools she attended prohibited flashy hairstyles and dyeing of hair, on the basis that Japanese hair is black.

It wasn't until she met younger African-Japanese children while engaging in NGO activities during university in Japan that she changed her outlook on how to live.

"I wanted to help them; at least, I wanted to show them it's okay to love yourself, so that is why I stopped straightening my hair and cut the straightened part."

Although more mixed raced Japanese athletes such as tennis player Naomi Osaka and others have been making strides in recent years, Evbade-dan said she wants people of multiethnic backgrounds to pursue their passions like she does -- whatever they might be.

"You don't have to run fast or be so strong. You can do whatever you want no matter what the color of your skin is, or what hair texture you have, or where your father and mother come from. It doesn't matter."

Based on her experiences and academic interests in climate change and natural disasters, she's working on a project to create a disaster risk reduction handbook for foreign women, a group that tends to be the most vulnerable in Japan.

According to the U.N. Office for Disaster Risk Reduction women are more likely to be disproportionately affected by disasters, such as experiencing increased gender-based violence and loss of life during and in the aftermath of disasters.

While Evbade-dan admires girls around the world demonstrating their talents, she stressed the importance of acknowledging girls, just for being girls.

"It's not just me leading other girls or it's not like someone taking the initiative...it's just supporting each other, and going together to a better place, better direction and overcoming this thick wall we have."

In the communique they delivered at the end of their summit, G(irls)20 called on governments to remove barriers that prevent women's participation in the fields of science, technology, engineering, and mathematics, as well as to recruit more women to leadership positions in health care, which includes reproductive and mental health.

Barnabe said she expects the delegates to continue advocating for women's rights even after the G-20 and G(irls)20 summits, by discussing various topics on social media and reaching out to those in positions of power.

"Why female leaders? Because they have a vision," Barnabe said. "And it's an informed vision. It's not like they don't understand the challenges. They do, but they're ambitious with their thoughts and actions." 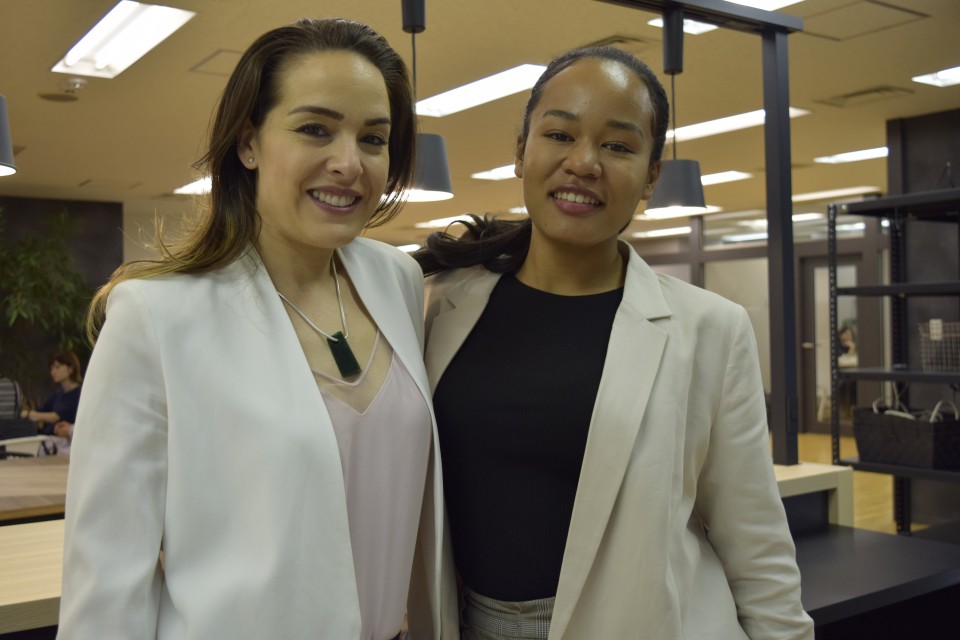