For about 65 years, a hair salon in a central Japan prison has helped inmates' social rehabilitation by offering them chances to cut and perm hair of visitors from outside the facility as part of their vocational training.

At the "Midori Biyoin" salon, located inside the female-only Kasamatsu Prison in Gifu Prefecture, a prisoner in her 50s wearing a surgical mask was talking with her customer about desired hairstyle. "Let's make the front part a bit long," she said.

The inmate began working there last September after her predecessor was released on parole. "When guests say, 'I'll come again,' I feel encouraged," she said, adding, "After leaving this prison, I want to work as a hairdresser."

With sunlight from outside, the hair salon is bright and identical to usual beauty parlors with magazines and hairdressing items neatly arranged in order. The only differences are the locked entrance doors and a prison officer keeping guard.

"The salon offers valuable opportunities for inmates to interact with local residents and I bet the neighboring community could also feel familiar to our facility," said a senior prison official. 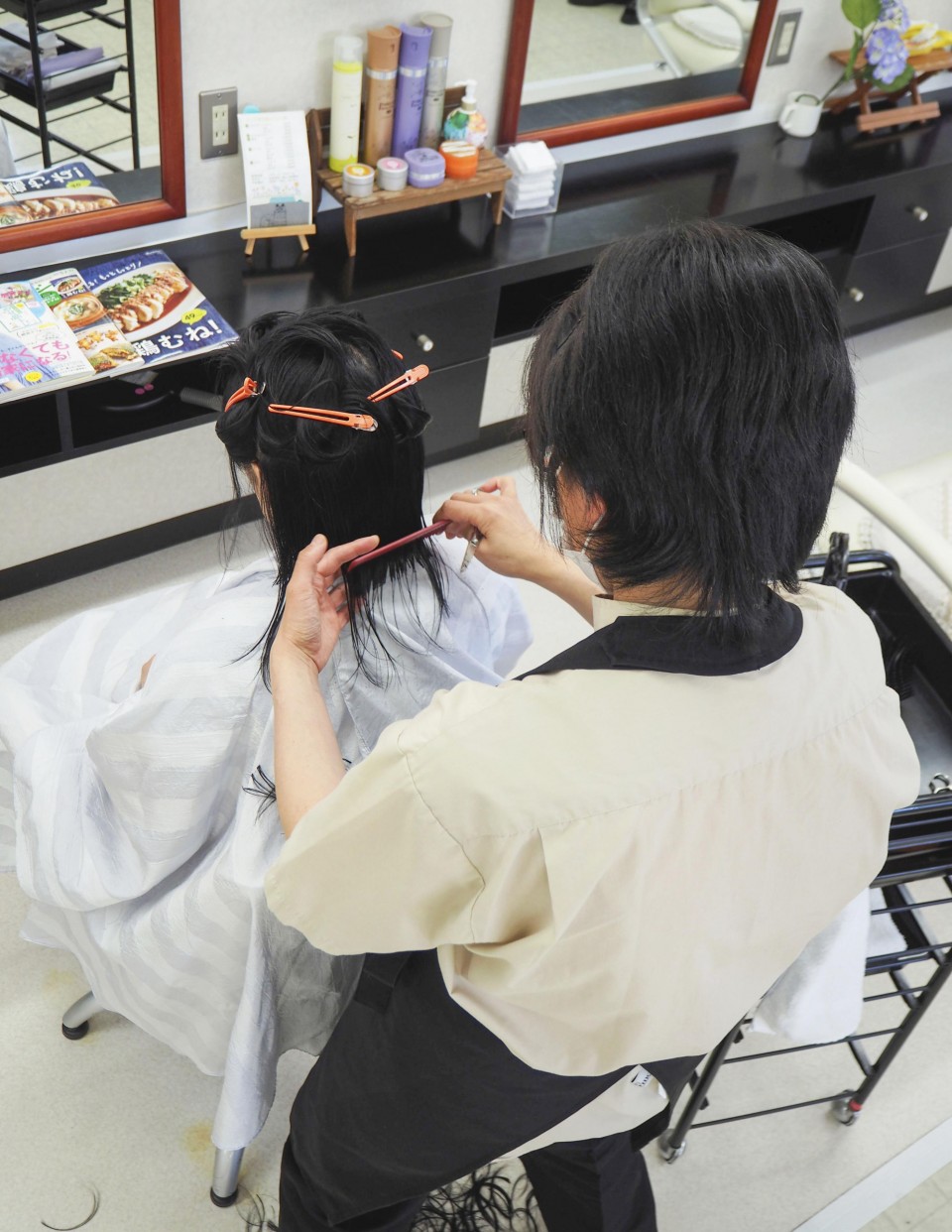 The jail offers services on weekdays, except for the second and fourth Fridays of every month, at prices lower than usual. A cut and blow-dry costs 900 yen ($8.3) and a perm 1,500 yen.

The prison has not especially publicized the salon, but as many as 780 people, including repeat customers, visited it in fiscal 2018 with its reputation spreading by word of mouth.

Visitors seem to be relaxed in the parlor, which is secluded from the local community, as they can speak whatever is on their mind and get refreshed, according to the working inmate.

Conservations with customers are also a training for the inmate and she tries to keep up with the latest fashion trends by checking celebrities' hairstyles on television programs and in magazines despite restrictions on such recreations in prison.

Since it takes at least two years to get a beautician license, prisoners whose terms of punishment are relatively long are eligible for the job training. In the past decade, 40 inmates obtained the certificate.

Their services at the salon are regarded as obligatory duty at the prison. As payments by customers will go to the state coffers, inmate hairdressers will receive a fixed amount of remuneration when they leave the jail, regardless of the number of visitors they have attended.

Two other female-only jails in Tochigi and Wakayama prefectures have similar hair salons available to the general public, while two juvenile prisons exclusively for males in Hokkaido and Saitama have barber shops, according to the Justice Ministry.

The current inmate hairdresser's predecessor recently told Kasamatsu Prison officers she had landed a job at a hair salon.

"The inmates can see the scenery outside the prison through the window of the salon (during the job training) but they don't know when they can leave the jail," said Satoe Maruyama, a senior official at Kasamatsu Prison. "The only thing they can do while waiting for release is to make efforts every day, atoning for what they did."