Leaders of the 10-member Association of Southeast Asian Nations are set to discuss at their weekend summit a planned meeting with North Korean leader Kim Jong Un later this year in South Korea, an ASEAN diplomat told Kyodo News on Thursday.

"If the leaders agree, the meeting will take place this November in Busan, South Korea," the diplomat said on the condition of anonymity,

The diplomat said the topic is on the agenda at a two-day ASEAN summit that begins Saturday in Bangkok. It will also be discussed by foreign ministers ahead of the summit.

ASEAN leaders have been carefully considering how to go about extending the invitation to North Korea, fearing that it may discredit the honor of ASEAN "if Kim turns it down," the diplomat said. 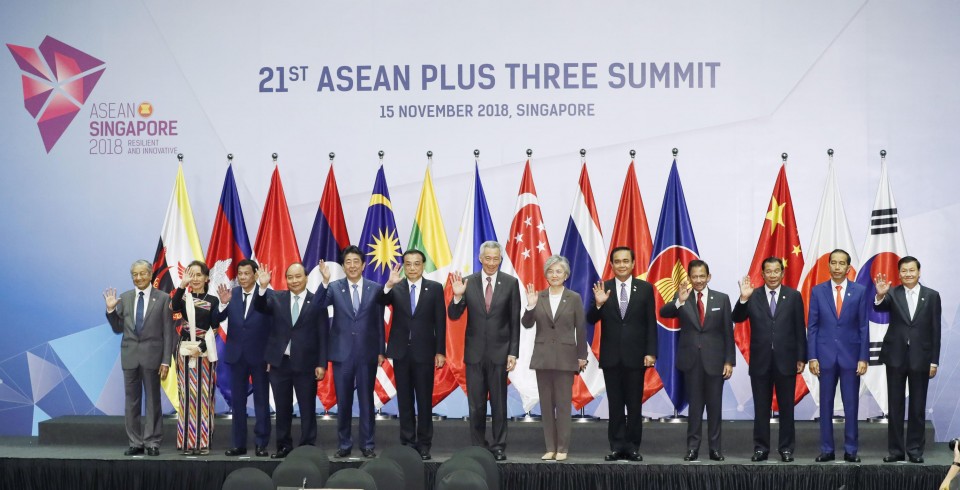 ASEAN and South Korea will be holding a Commemorative Summit, which will mark the 30th anniversary of the Korea-ASEAN Dialogue Relations, on Nov. 25-26 in Busan.

South Korean President Moon Jae In is said to be mulling a joint invitation, to be signed by ASEAN leaders and himself, while others have suggested that Moon either extend an invitation himself or that Thailand, as ASEAN chair, extend it.

The main topic for discussion will be "peace and stability in the region, and the role of ASEAN," the diplomat said.

If the meeting takes place, it is proposed to be a tripartite "special session" among ASEAN leaders and the leaders of North and South Korea.

When asked who initiated the proposed meeting with Kim, the diplomat said Indonesia, but soon after South Korea also broached the topic.

He added that if the meeting materializes, it will be a turning point in North Korea diplomacy, with the 10-member group taking a greater role in talks on Pyongyang's nuclear program.

Negotiations on denuclearization have stalled since a second summit between U.S. President Donald Trump and Kim, held in February in Hanoi, ended without an agreement due to a gap over the scope of North Korea's denuclearization and sanctions relief from the United States.