Train derails after ramming into car near Tokyo, 1 slightly injured

A train ran off the track near Tokyo on Wednesday after crashing into a car stuck at a level crossing, leaving one passenger on the train slightly injured, its operator said.

The first carriage of the 10-car train derailed on the Odawara Line operated by Odakyu Electric Railway Co. as it ploughed into the empty car at around 2:50 p.m. in Atsugi, Kanagawa Prefecture, the company said.

The car apparently became stuck at the crossing when the gate bars came down. The driver, a woman in her 20s, escaped and pushed an emergency button, but the train could not stop in time. The car was smashed to pieces.

The train was heading for Odawara from Shinjuku in Tokyo. 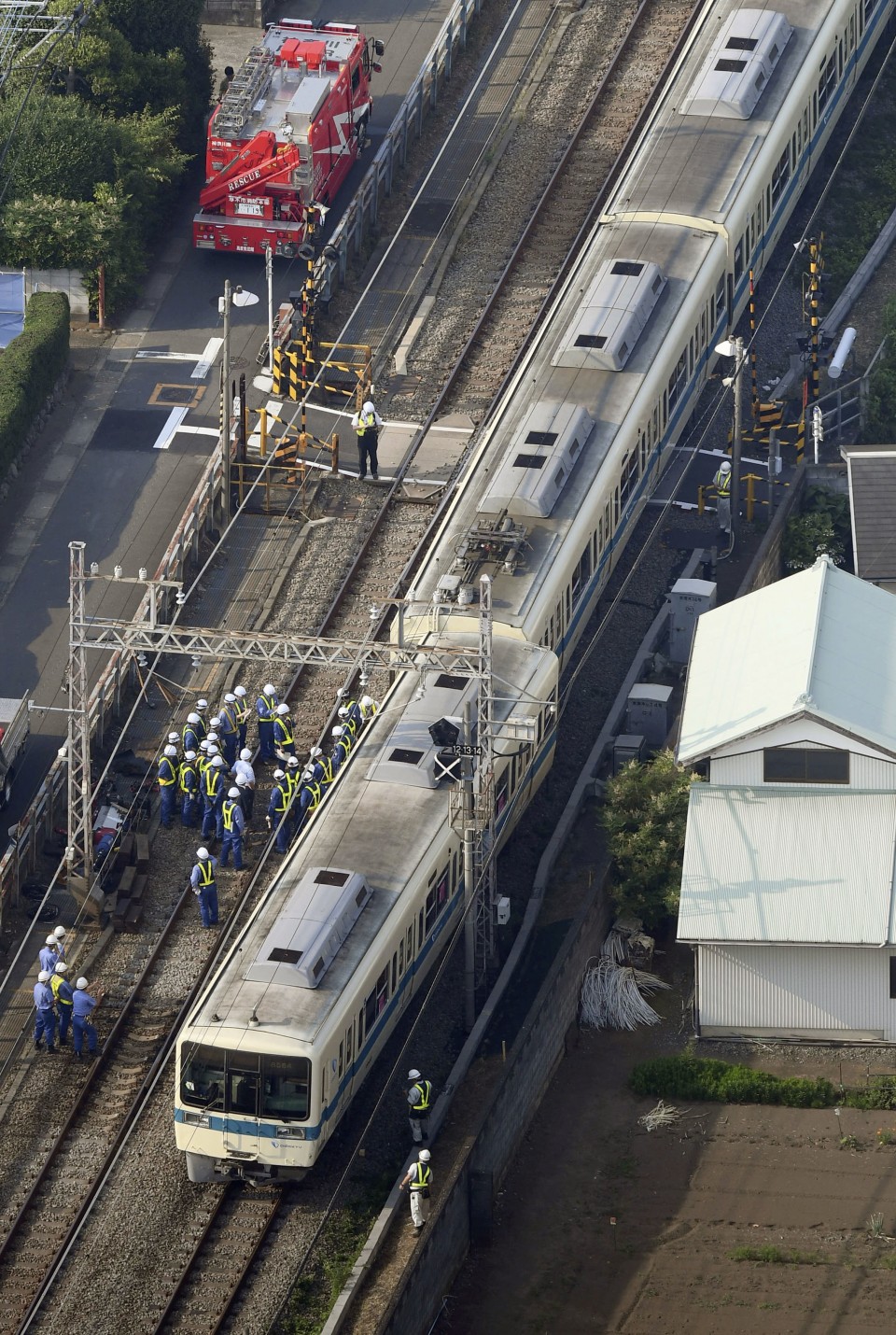