Kakuryu will head into next month's Nagoya Grand Sumo Tournament in pole position as east yokozuna while summer basho winner Asanoyama moved into the No. 1 maegashira slot, according to rankings published by the Japan Sumo Association on Monday.

"I've put the championship behind me and will train as a challenger," said the 25-year-old, taking the humble path despite being the first winner without any previous sanyaku experience since Sadanoyama in 1961. 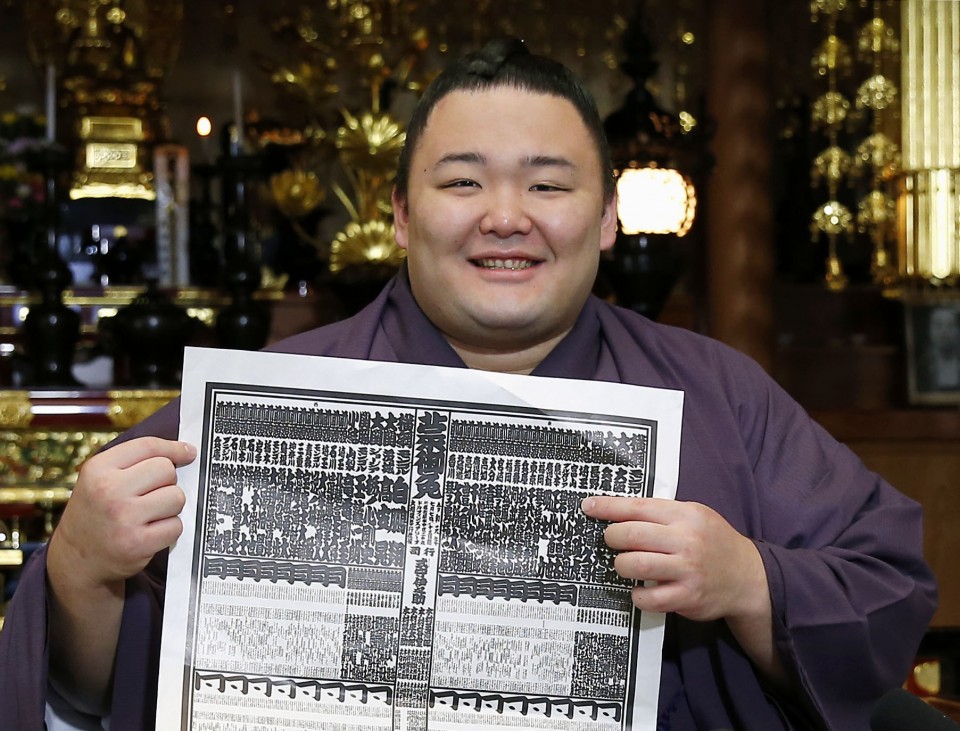 "I'm hoping to work steadily (through the tournament). I'll first aim for a winning record," he said.

Kakuryu, coming off an 11-4 record in May, will be looking for his sixth championship and his first in Nagoya. It will be Kakuryu's 32nd grand tournament as a yokozuna, moving him into a tie for 10th all-time.

The leader in that category, his Mongolian compatriot Hakuho, will be competing for the 72nd time as a yokozuna. Hakuho missed May's grand tournament in Tokyo after suffering a muscle tear in his upper right arm in March's Spring Grand Sumo Tournament in Osaka. 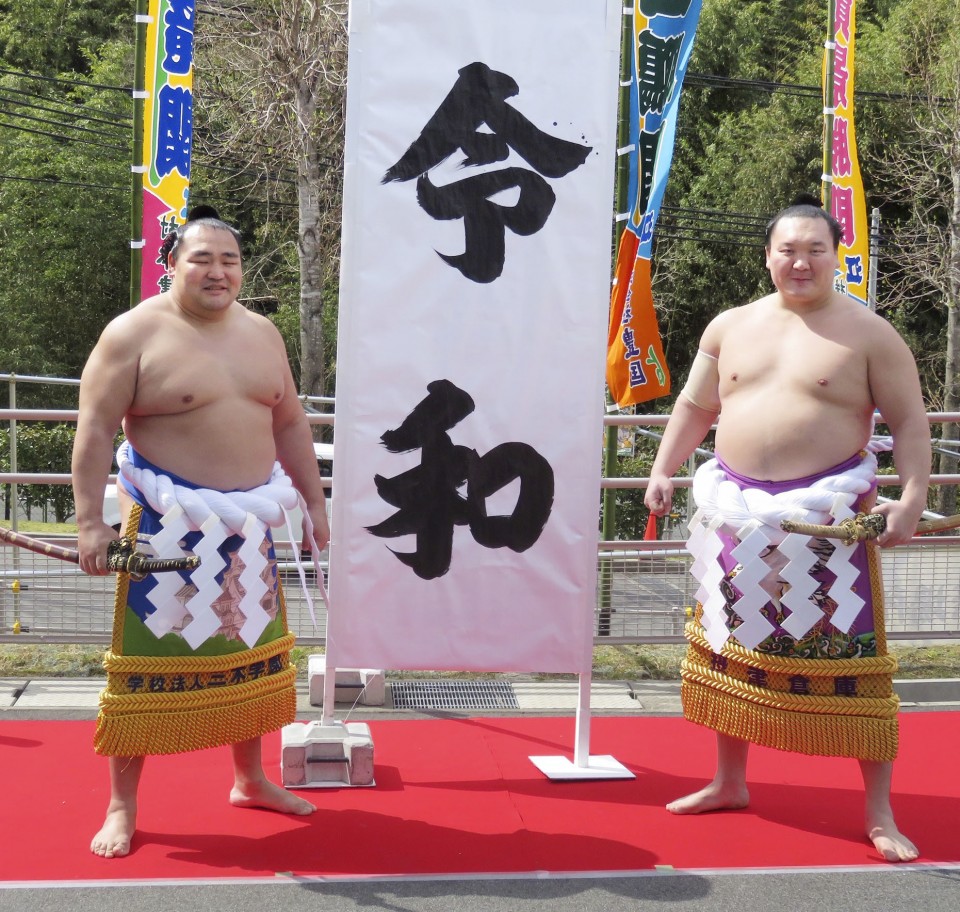 The 34-year-old Hakuho is aiming for a record-extending 43rd career grand tournament championship.

With Tochinoshin back in the ozeki fold after one tournament as a sekiwake, the ozeki wrestlers will form a quartet in Nagoya. Goeido and Takayasu have been handed the top east and top west slots, respectively, while Takakeisho is next on the east with Georgian Tochinoshin in the final west slot.

Takakeisho, however, suffered a right knee injury upon his ozeki debut in May and failed to win eight bouts, putting him in peril of relegation to sekiwake as a "kadoban" ozeki in Nagoya. He becomes just the ninth ozeki to face demotion in his second tournament, the last being Tochinoshin.

The Georgian Tochinoshin, promoted to ozeki a year ago, went 5-2 last summer in Nagoya but rebounded in September with nine wins. Tochinoshin, who has struggled with lower-body injuries since his promotion, finally succumbed to relegation after logging losing records in January and March.

In July, however, he becomes the ninth wrestler since the start of the Showa era in 1926 to regain his ozeki status after winning the mandatory 10 bouts as a sekiwake. The last to accomplish the feat, Tochiazuma, did it twice, in September 2004 and March 2005.

Mitakeumi and Tamawashi are both back at sekiwake. Mitakeumi, promoted after setting a 9-6 mark in May as a komusubi, is on the east and will be competing in the sanyaku ranks -- the three below yokozuna -- for the 15th consecutive tournament.

Tamawashi, the January champion, was demoted from sekiwake after going 5-10 in March, but rebounded with a 10-5 record in May as a No. 3 maegashira.

The final two sanyaku wrestlers are newcomers who are wrestling for the first time as komusubi after going 10-5 in May. Abi, promoted from No. 4, joins Ryuden, who moves up from No. 5.

At the other end of the spectrum, one wrestler, Takagenji, will make his debut in the elite makuuchi division, and will be joined by two others moving up from the second-tier juryo division.

A stablemate of ozeki Takakeisho, 22-year-old Takagenji, won the juryo championship in May with a 13-2 record, earning promotion to No. 10 maegashira.

Rejoining the top flight are No. 14 Toyonoshima and No. 16 Kotoyuki.