High school students from across the United States traveled to the suburbs of Washington last month to compete in what became the last "Japan Bowl" of the Heisei Era, an event that allows students to demonstrate their Japanese language skills and cultural knowledge about the country.

At the event, 203 students from 30 schools competed at three skill levels -- answering questions which involve not only language fluency but also cultural understanding about various aspects of Japan's history, politics, art, and favorite music. 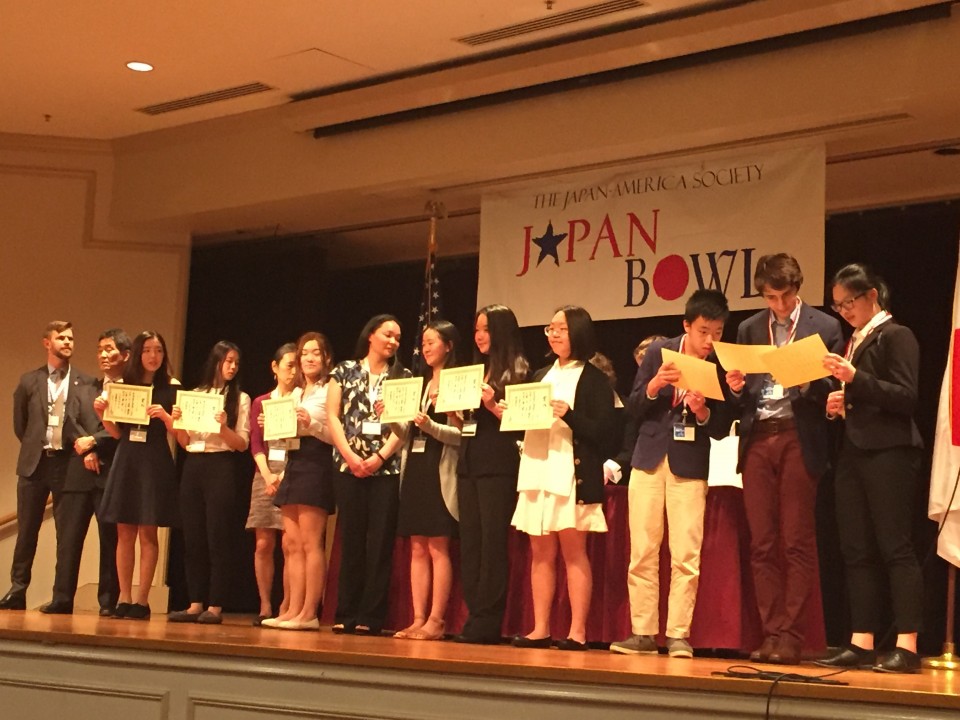 (Japan Bowl winning teams receive their certificates in the event's closing ceremony at a conference center in Chevy Chase, Maryland, on April 12.)

The momentous occasion of the transition to the Reiwa Era was an overarching theme of reflection for the adults to convey to the young people, who had all been born during the Heisei Era, a 30-year period that ended April 30.

The annual event was launched in 1992 under the initiative of Jean Morden, now a deceased Japanese language teacher. Her engagement with the Japanese language began during World War II when she worked for U.S. naval intelligence to translate intercepted Japanese military communications.

After the war, Morden went on to teach the Japanese language at Walt Whitman High School in Bethesda, Maryland. In October 1987, the school hosted then Crown Prince Akihito and Crown Princess Michiko to observe the students and teachers in its Japanese program, according to a Washington Post report at the time.

Emperor Akihito abdicated the throne on April 30, allowing his son and Crown Prince Naruhito to become the new emperor and begin the Reiwa Era on May 1.

Morden initially founded the Japan Bowl for local Washington area students, but it grew to be a competition for students across the United States and its territories, according to Margaret Breer, one of the event's organizers and a longtime friend of Morden.

"She really inspired me to do what I can to continue her work encouraging American young people to study Japanese and get to know Japan," said Breer, who spent many years in Japan with her husband, William Breer, a former U.S. deputy chief of mission in Tokyo.

The participants at this year's Japan Bowl, held on April 11-12 in Chevy Chase, Maryland, answered challenging questions like, "What is the name of the school founded by Fukuzawa Yukichi?"

Students had to listen to conversations in Japanese and answer questions about what they heard, and construct sentences of their own using idiomatic phrases like "hana yori dango," literally, "dumplings over flowers," but metaphorically meaning function over aesthetic.

A panel of native Japanese speakers judged the students' sentences for intelligibility.

Students also had the opportunity to learn some traditional Japanese arts from experts at the event, like calligraphy, karate, tea ceremony and how to wear a yukata.

Hannah Yap, a high school senior from Las Vegas, Nevada, enjoyed the chance to make new friends and test her skill while competing in the Japan Bowl. 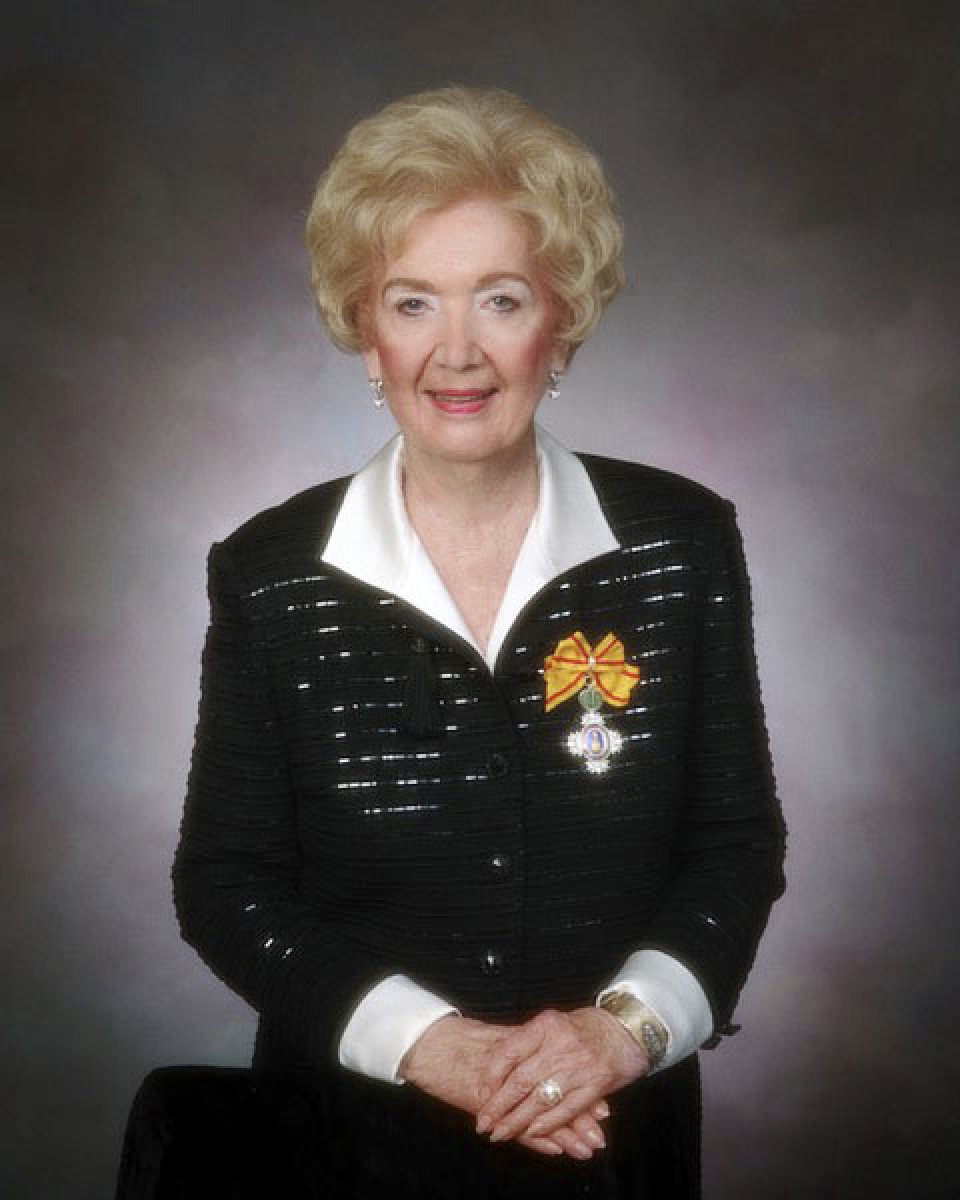 "I like the conversational round, which is really helpful, because usually when you're learning Japanese, it's very one-sided," Yap said. "When you're able to talk with a native speaker, it's a much different encounter."

Fumiko Harada, a teacher at St. John's School in Guam in the western Pacific, brought her students to the Bowl and hoped to continue to do so in the Reiwa Era.

"I think the Japan Bowl needs as much support as they can get to continue to help expose students to others who are interested in Japan and Japanese language, culture, everything. So they can grow and communicate, and network in the future," Harada said.

According to Margaret Breer, the Japanese Embassy in Washington was initially reluctant to get involved with the event, but as it grew the embassy became actively engaged. It now extends an invitation to the winning teams to visit Japan through the "Kakehashi" people-to-people exchange program run by the Foreign Ministry.

Former Japanese Ambassador to the United States Ichiro Fujisaki was "so impressed" by the Japan Bowl that he wanted to establish a comparable event in Japan, Breer said.

The first "America Bowl" was held in Tokyo in July 2018 with about 270 high school students from 68 schools from the Tokyo metropolitan area participating.

Princess Hisako, the wife of the late Prince Takamado who serves as honorary patron of the Japan Bowl, watched the five finalist teams compete, according to the America-Japan Society of Tokyo. The late prince was a cousin of the former Emperor Akihito.

Last year three students from the winning team of the America Bowl visited the United States for about one week, where they met American students and toured sites around the capital, said Nancy Marsden, director of Japan Bowl and Japanese public relations at the Japan-America Society of Washington.

At the closing ceremony of the 2019 Japan Bowl, speakers encouraged the students to keep up their studies of Japan and its culture as they go forward in their academic and career paths.

"When someone asks someone learning Japanese if they're fluent, I've never heard anyone say 'yes,'" said Ryan Shaffer, president of the society. "The more you study Japanese, the more you realize you don't know."

In the new era, Breer, Marsden, Shaffer and others involved in bilateral exchanges expressed hope that events like the Japan Bowl and the America Bowl will continue to promote cross-cultural understanding and curiosity for future generations.