No. 1 favorite Loves Only You picked up her maiden Grade 1 victory on Sunday, winning the Japanese Oaks by a neck.

Ridden by Italian jockey Mirco Demuro, Loves Only You finished the 2,400-meter race for 3-year-old fillies at Tokyo Racecourse in 2 minutes, 22.8 seconds. Curren Bouquetd'or, the 12th favorite, was runner-up, while second-pick Chrono Genesis was third. 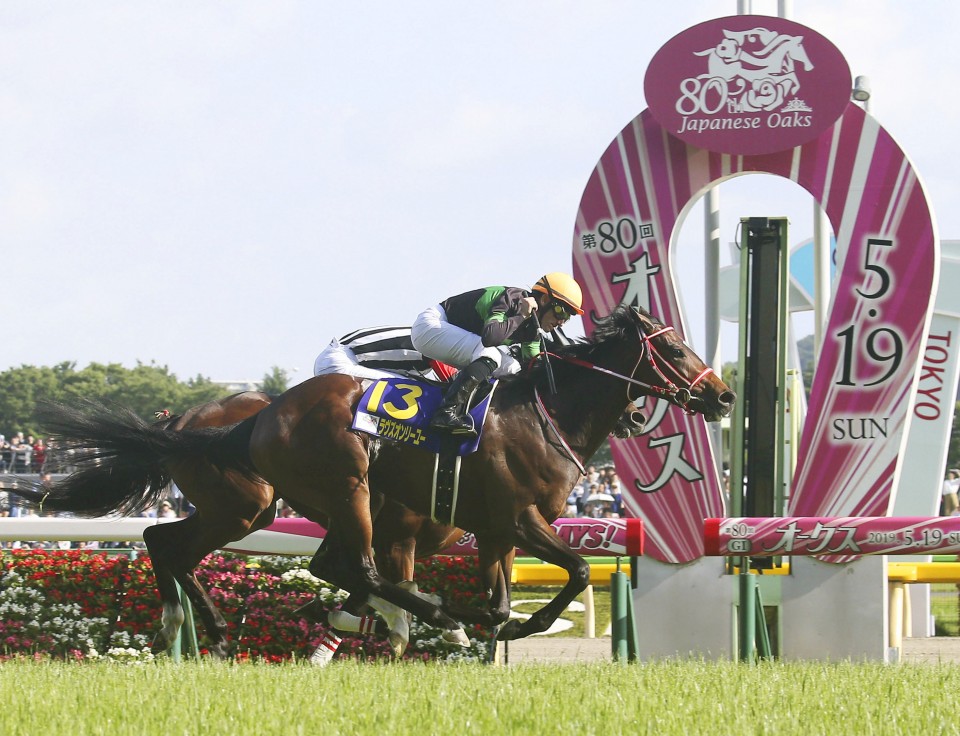 Loves Only You came from behind on the outside in the final stretch to beat Curren Bouquetd'or, who briefly held the lead. Jodie, the 14th favorite, led most of the way, but faded and finished 14th.

"We started out well and had a good place throughout the race. The horse slowed a bit in the fourth corner, but pressed forward in the final stretch. She can really accelerate," Demuro said.

Loves Only You has won all four of her races since making her debut in November.

The victory was Demuro's second Grade-1 win of the year, having won the NHK Mile Cup with Admire Mars earlier this month.