Beate Sirota Gordon, an American translator who played a major role in the formulation of the Japanese Constitution's gender equality protections, is having her post-World War II period documents archived in a project casting light on the development of women's rights.

The initiative, which aims to demonstrate the role women played in the fight for gender equality in Japan, came with Gordon's alma mater, Mills College in California, agreeing to donate six boxes of documents to the National Women's Education Center, or NWEC, located in the town of Ranzan, some 60 kilometers north of central Tokyo.

"It is significant to keep them here in Japan to make them available for those studying, for example, the process of making the Constitution," said Michi Mori, an information division official at NWEC, which is hosting an exhibition about Gordon.

The center also received other materials from Gordon's daughter Nicole, as well as other people and groups linked to her work. 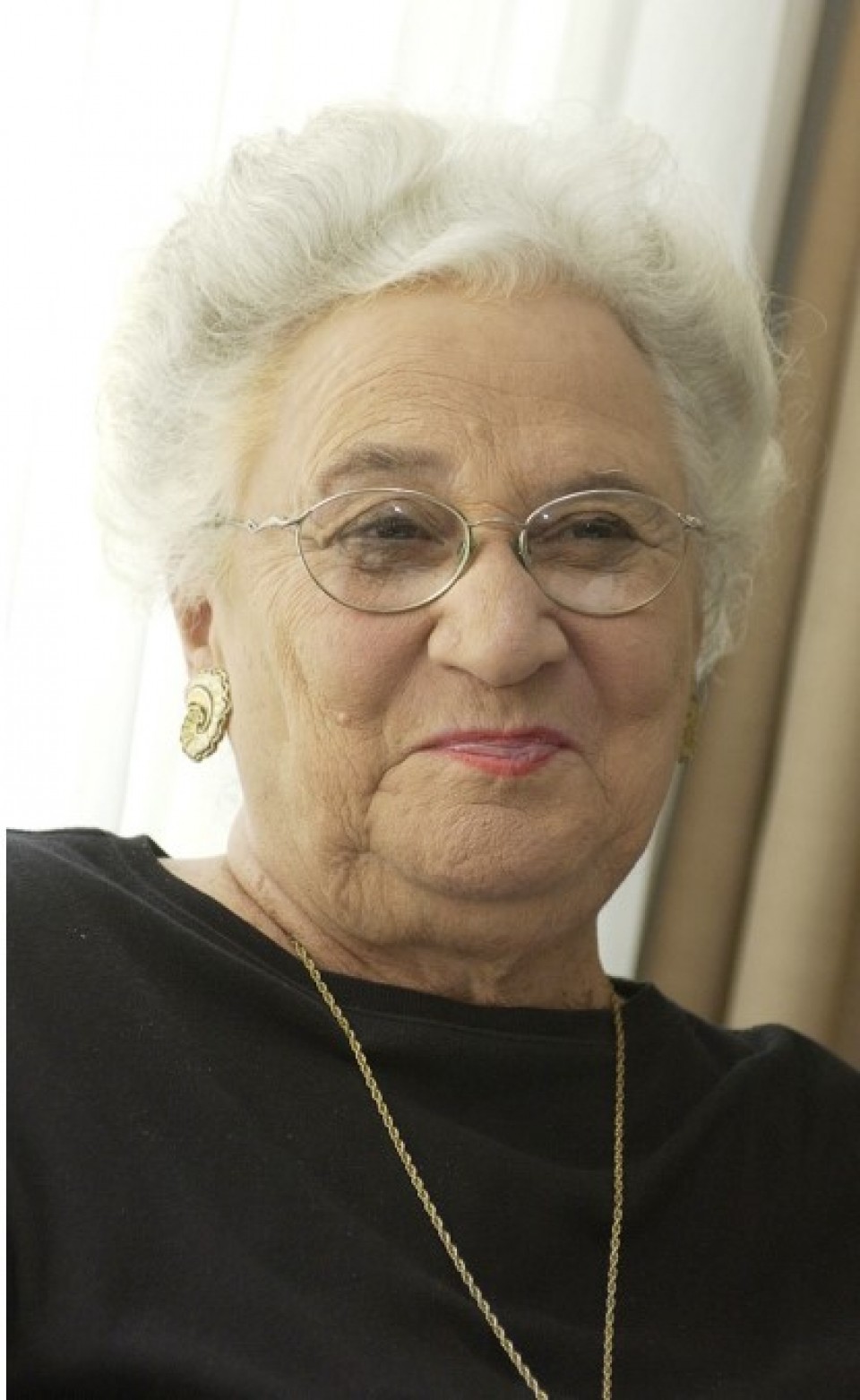 The documents NWEC collected include a Japanese draft from the time of the Constitution, typed in the Roman alphabet.

Among the document cache is a travel record from 1952, when Gordon attended a two-month U.S. tour with Fusae Ichikawa (1893-1981), a female activist and former House of Councillors member who spearheaded the women's suffrage movement in Japan.

"We are planning to organize these documents to post them on the internet for the benefit of those who are interested," Mori said.

Gordon was born in 1923 in Vienna, Austria, as the only daughter of the internationally acclaimed pianist Leo Sirota and his wife Augustine. She moved to Tokyo with her family in 1929 when her father started teaching at what is now the prestigious Tokyo National University of Fine Arts and Music.

She spent roughly 10 years in Japan before moving to California to attend university.

After graduating from Mills College and obtaining U.S. citizenship, she returned to Japan at the age of 22 in December 1945, four months after the end of World War II, to work for the General Headquarters of the Allied Forces, which assigned her to be involved in drafting the new Japanese Constitution. 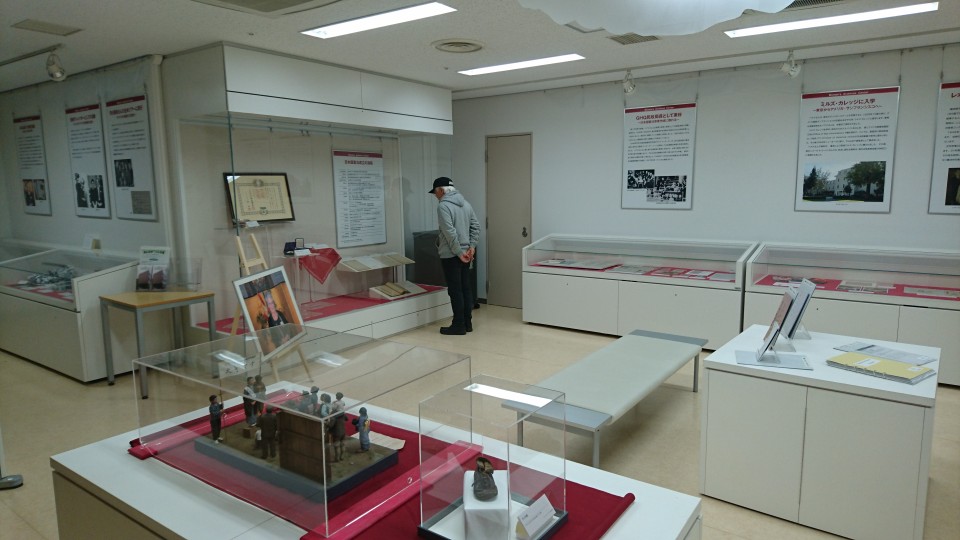 (Documents of Beate Sirota Gordon are displayed at the NWEC.)

In addition to Article 24, Gordon also contributed to compiling Article 14, which stipulates equality before the law, reflecting the knowledge she gained through her own experiences witnessing the disadvantages suffered by Japanese women.

Using her Japanese language skills, Gordon also served as a civilian interpreter and translator on staff at GHQ. She was involved in negotiations between the Japanese government and the Allied forces over the wording of the Constitution.

She moved to the United States in 1947 after witnessing the promulgation of the Constitution the previous year and worked as performance art director at the New York-based Japan Society and other institutions that endeavored to promote bilateral cultural exchanges.

While for a long time she never spoke of her role in the drafting of the Constitution, Gordon began opening up in the early 1990s, partly on the recommendation of her former supervisor at GHQ.

Since then, she was frequently invited by women's groups all over Japan to deliver lectures championing women's rights and the pacifism written into the supreme law.

Koji Sugimoto, an exhibition designer, supported her activities in Japan. 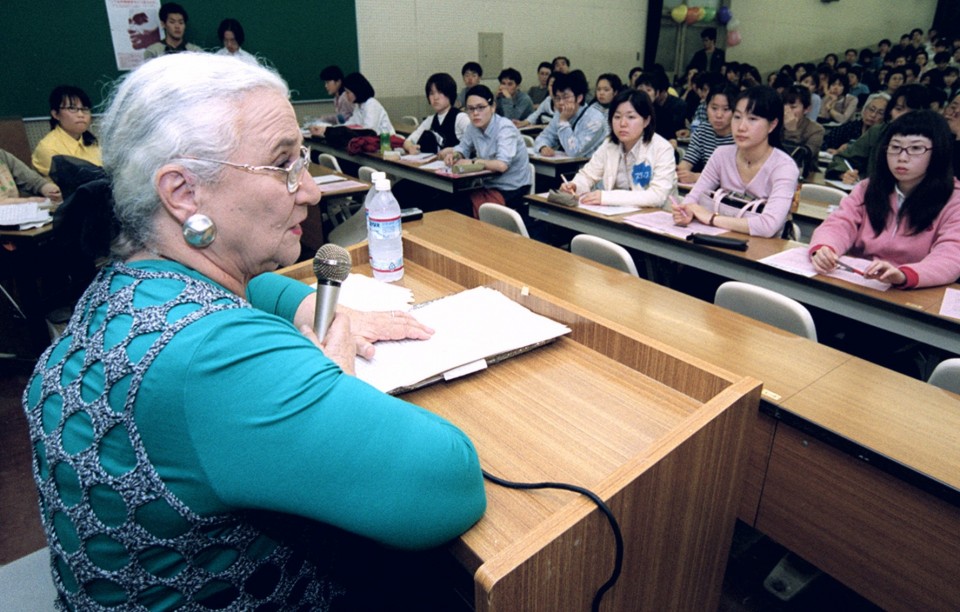 (Beate Sirota Gordon speaks about the postwar Constitution to students at the Univesity of Tokyo on May 9, 2001.)

Sugimoto, 83, became acquainted with Gordon in 1965 when they worked together for a Japanese art festival project, and maintained mutual trust by visiting each other in Tokyo and New York until her death in 2012 at 89.

"Ms. Beate saw Japanese women eating dinners in the kitchen while their husbands did so in dining rooms and walking a step behind their partners before and during the war," he said.

"Struck with their subordinate status, she always wanted to do something for them, and even after the war, she continued encouraging them by directly talking to them."

NWEC has also collected records on the lecture events compiled by the women's groups, which show how enthusiastically women in Japan welcomed Gordon even a half-century after the creation of the Constitution.

Reiko Aoki, a visiting researcher at NWEC involved in compiling the documents, said, "We expect these archives to be a visual representation of how Japanese women have learned about equality and their human rights with Ms. Beate, and to spur their learning activities in the future."

Visitors to NWEC are also able to see a copy of Gordon's 2006 speech delivered in the northeastern city of Sendai.

"I think it is meaningful that the documents...show how women in Japan have been empowered by Ms. Beate, preserved and made public in a comprehensive manner at NWEC," Sugimoto said.

Some of the Gordon-related documents, including photographs and video footage, are now displayed at an exhibition hall of NWEC.